An image from the Codex Seraphinianus, a mysterious encyclopedia first published in the 1980s.

In the late 1970s, writer Alberto Manguel was working in Milan for an Italian publisher that had taken to publishing hidden or little-known manuscripts found in secret libraries.

One day the publishing house received a package that contained a strange manuscript written in a incomprehensible script. There was no note with the manuscript. No sign of who sent it or where it came from.

A note soon followed from the author of the text, Luigi Serafini, describing it as the “Codex Serafini.” Eventually it became known as “Codex Seraphinianus.”

Much like his work, Serafini was a little mysterious.

“He appeared to be a very secretive man. He never came to the office. We imagined him to be an eccentric artist hidden in some little Italian village, half convinced that his illustrations depicted real things and that his script really communicated real thoughts,” Manguel says. 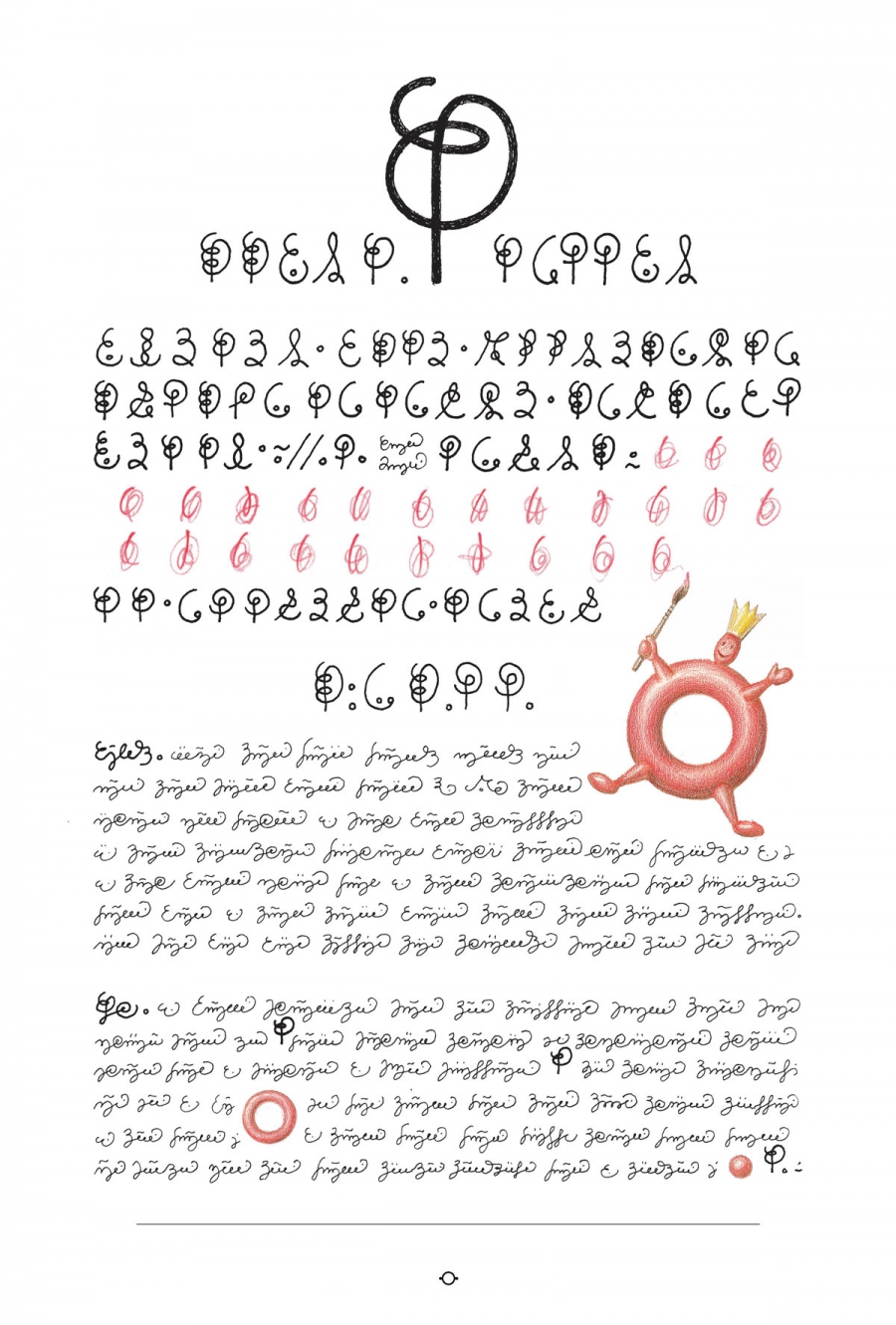 First page of the Codex Seraphinianus

The codex was published in 1981, and despite being incomprehensible, it got a fair amount of buzz. Many readers were convinced there must be some deeper meaning and that perhaps it was a code or a made-up language which only Serafini knew how to decipher.

In the rare times when he did talk about the book, his comments were not exactly helpful.

“It’s a lot like the story of creation, as if the artist was possessed by something, by the zeitgeist, by the spirit of the times, by something shaped by forces we don’t even know about, like aliens,” he said at a press conference in 2014.

Kane Faucher is one of the more dedicated hobbyists who have tried to crack the codex, after he discovered it in the basement of a library at Carleton University in Canada more than a decade ago. But the weeks and months he spent drawing up tables and creating matrixes to try to decipher led him to an unexpected conclusion.

Maybe it didn’t mean anything at all.

“There is not actually language behind this artificial simulacrum of language,” he says.

That’s not to say that there isn’t a sense of pattern, or just enough of one to make it seem like there was some common thread between the ornate illustrations and glyphs that Serafini created.

“After a while, your brain likes to impose patterns on things, so eventually some of those squiggles are going to start recurring, and then there is going to be a certain sense of reason and repetition. I think that’s what he can do,” Faucher says.

With this approach in mind, Faucher, now deeply familiar with the style of the illustrations and characters, tried to recreate Serafini’s work, calling it the “lost pages” of the codex. 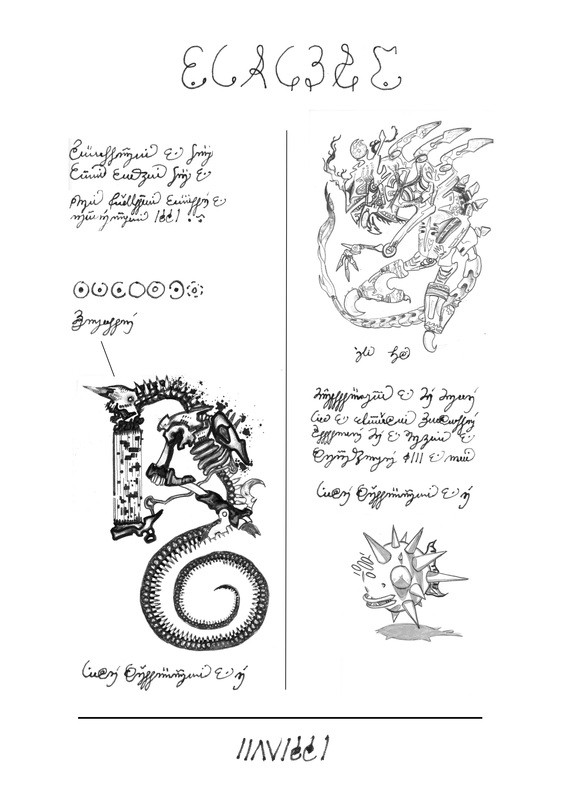 Kane Faucher tried unsuccessfully to crack the Codex. Instead he ended up creating his pages of the strange encyclopaedia.  He calls them the “lost pages” of the Codex.

Manguel, the Italian publisher, agrees with Faucher’s conclusion. For him, the greater meaning behind the codex lies in our desire to make sense of it in the first place.

“We have a tendency to believe that everything that surrounds us is an encoded language, that landscape wants to tell us something, that the stars constellate into images and text, that the world itself is a book open for us to read,” Manguel says. “We make sense of the world in order to survive in it. Even if the world doesn’t make sense.” 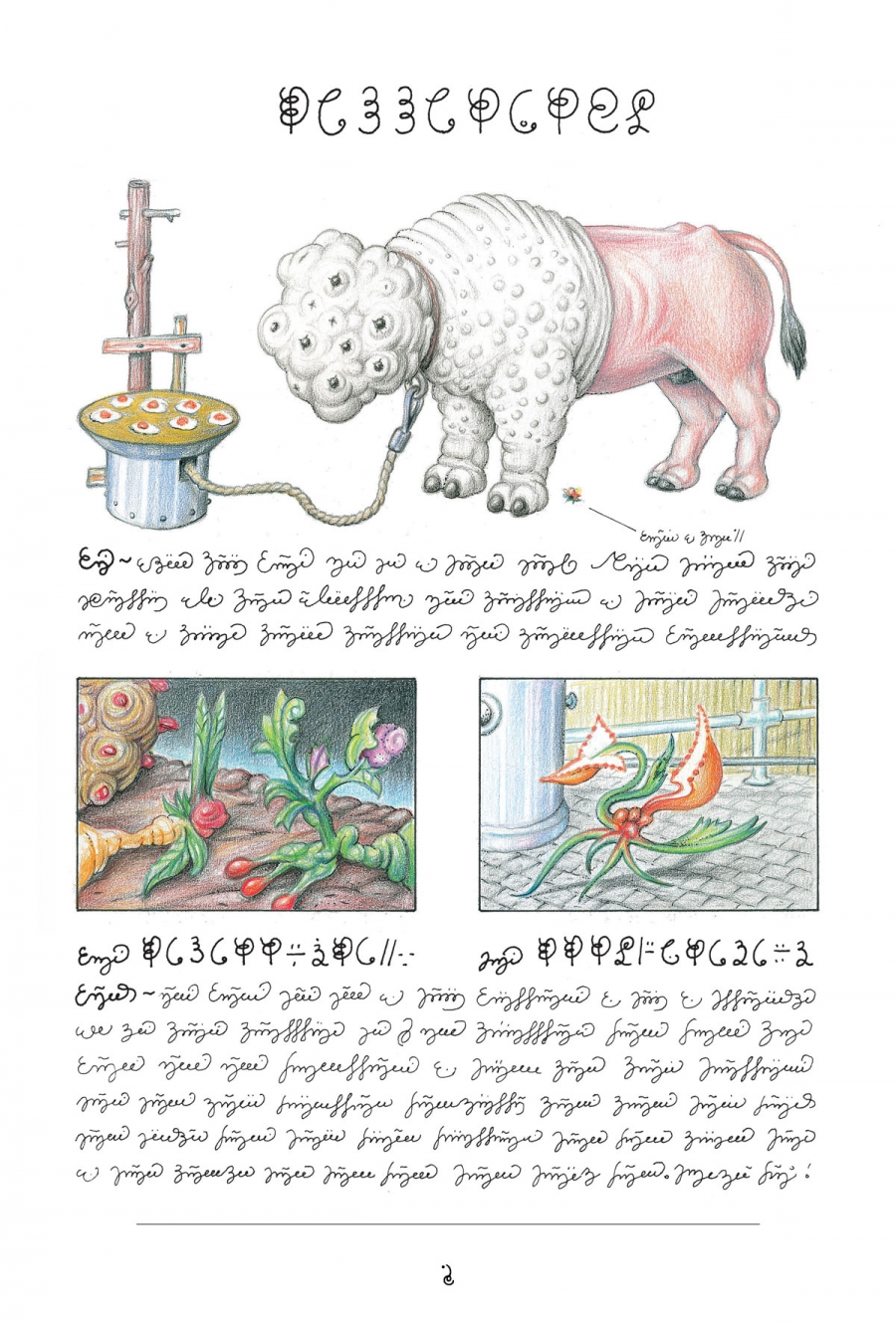 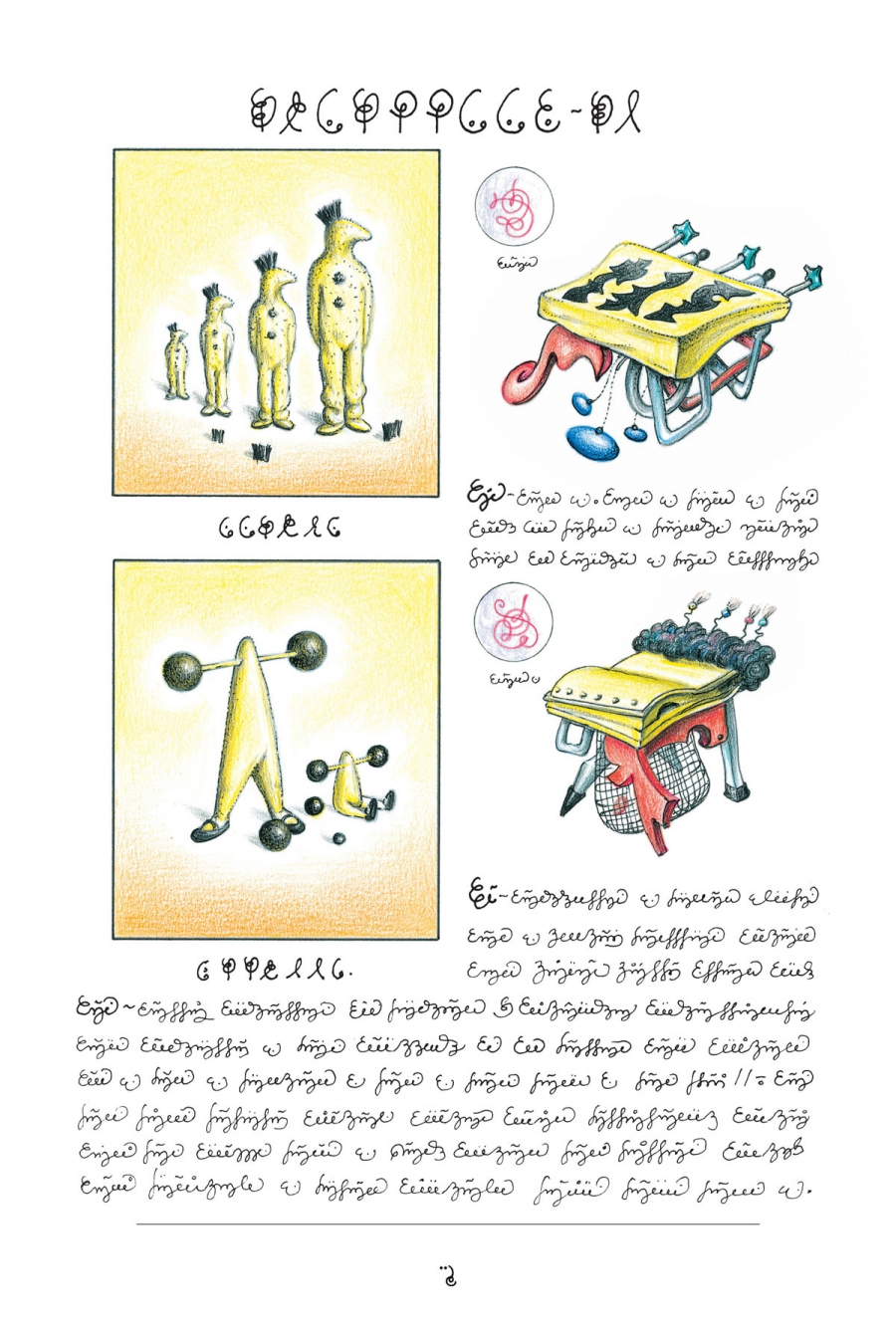 0:00 In the 1970s the writer Alberto Manguel was working for the Italian publisher Rizzoli and one day the publisher received a strange manuscript in the mail.

0:44 No note, no sign of who wrote this manuscript

1:14 This manuscript was more than strange, it was as if the publisher had received an encyclopaedia of an alien civilization

1:41 What is this strange, swirly text? Coptic?

2:10 A letter came to the publisher from the Italian architect Luigi Serafini explaining the manuscript

3:18 Codex Seraphinianus was first published in 1981

3:48 Serafini is relatively silent about the meaning of the codex

6:00 What’s the deal with these images like a rainbow flying machine?  Or all the organisms that live in a stream of light? Humans having sex that turn into crocodiles?

6:58 Faucher tried to crack the code

9:20 The worst fear would be if the codex did have a meaning and that meaning was banal

10:08 The real secret to the codex according to Faucher

13:00 In a later edition of the Codex Seraphinianus, Luigi Serafini wrote a “Decodex” in which he admits who is the real author of the codex. 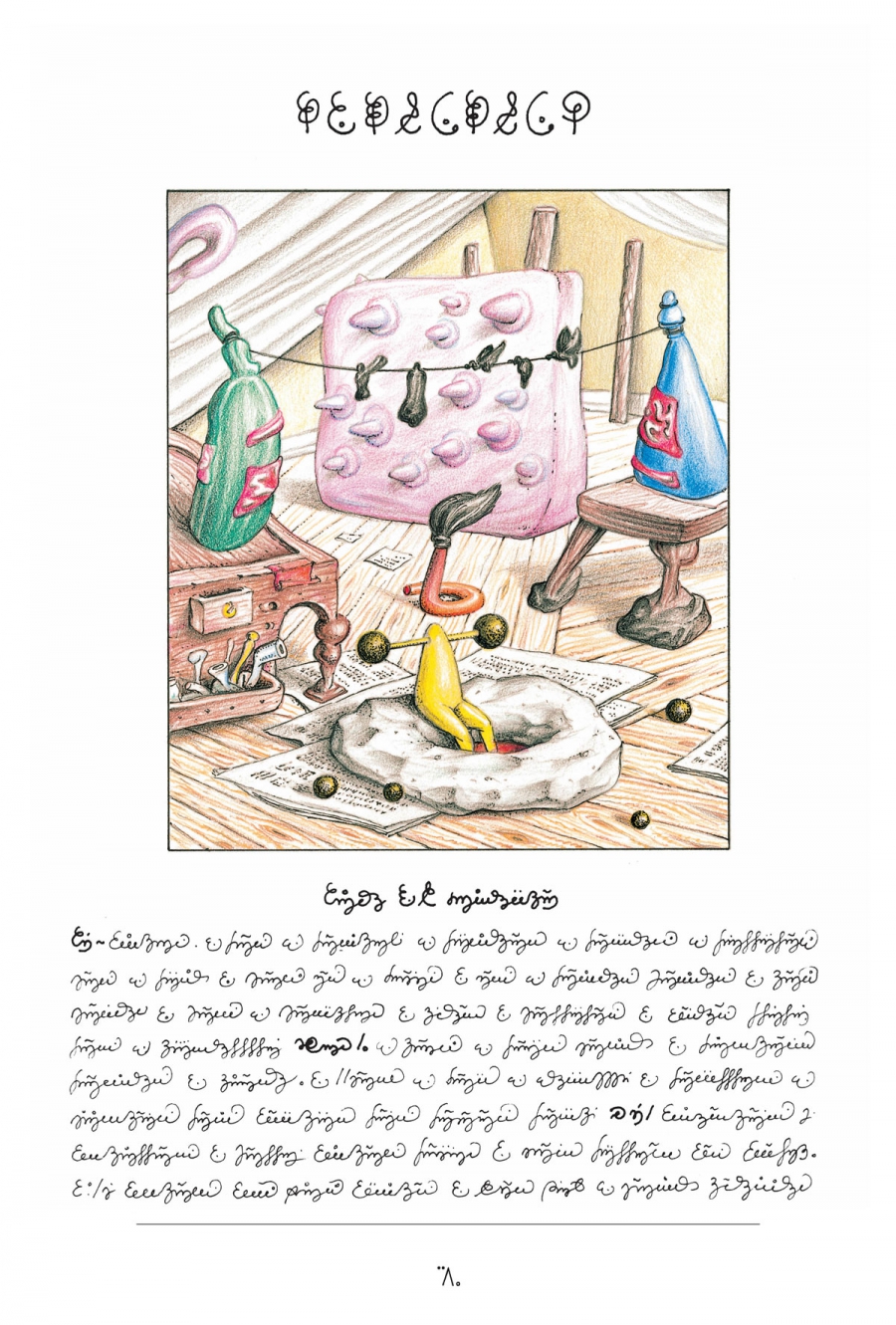 MUSIC IN THE PODCAST: