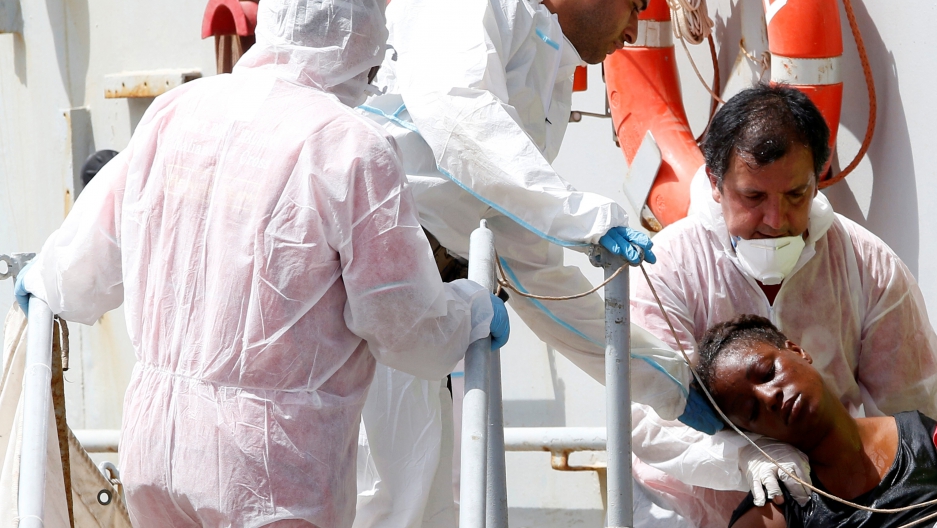 A woman is helped by medical staff abroad the Italian Navy vessel Vega at the Reggio Calabria harbor, southern Italy, May 29, 2016

Imagine being squeezed into a small rickety boat with hundreds of people.

You have no life jacket. You are stuck in the tiny, cramped hull. And you cannot swim.

That’s what it is like for thousands of people who attempt to get from North Africa to Italy every week.

According to the UN Refugee Agency, at least 700 migrants may have died at sea in the past few days in the busiest week of migrant crossings from Libya toward Italy this year.

About 14,000 have been rescued since last Monday. 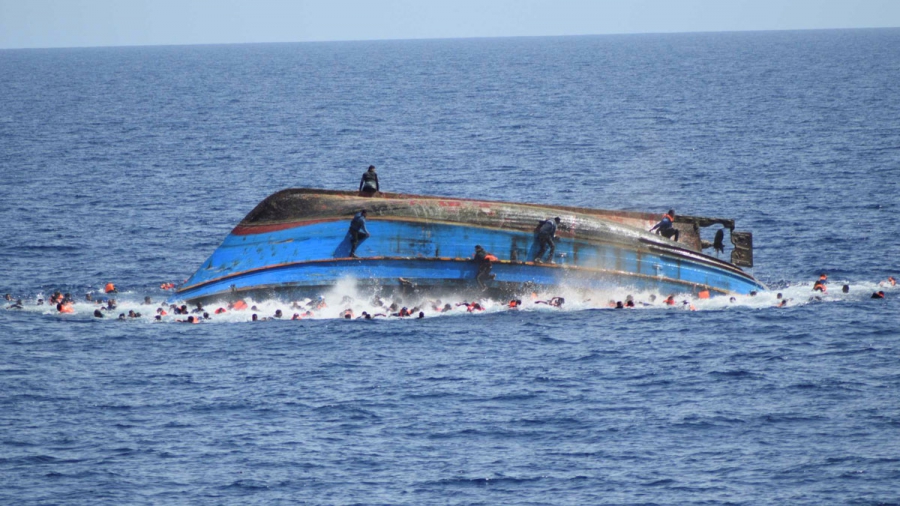 Migrants are seen on a capsizing boat before a rescue operation by Italian navy ships off the coast of Libya in this handout picture released by the Italian Navy.

MOAS, the Migrant Offshore Aid Station, is just one of the groups working in the central Mediterranean rescuing those who make the treacherous journey.

MOAS founder Chris Catrambone says that most of the passengers on these boats begin their voyage in Libya.

“You have refugees, you have migrants, you have asylum seekers coming from oppressive regimes in Africa an emergent mixed migration that is converging on this lawless state of Libya and human traffickers are making the best out of the situation by providing passage in these rickety boats to Europe,” he says.

The migrants come for many reasons — including war, oppression, religious persecution and poverty. They pay hundreds or thousands of dollars to make the dangerous crossing from Libya to Italy.

“We’re hearing reports that people are not having enough deck space to put bodies on board," Catrambone says. "They’re having to mark bodies with life jackets just so they can be picked up later. That’s extremely disturbing.”

On Friday, the Italian Navy ship Vega retrieved 45 bodies and rescued 135 from a "half submerged" rubber boat. It is not yet known exactly how many were on board, but the rubber boats normally hold as many as 300 passengers.

“There are organizations that are starting as well in Libya,” explains Catrambone. “For example you’ll see the Libyan Red Crescent, the extent of their operation is basically scavenging the coast to pick up bodies that are washing up ashore. That is something that is extremely alarming. What we don’t know is how many people are dying in this so-called ‘dead zone’ within the Libyan territorial waters. We don’t know how many deaths are happening on a daily basis.”

It's a complex situation to resolve.

“Even stabilizing Libya, you’re not answering the root cause of these problems," Catrambone says. "People want to seek shelter in the safety of Europe and they are willing to die to make this crossing to seek that safety.”