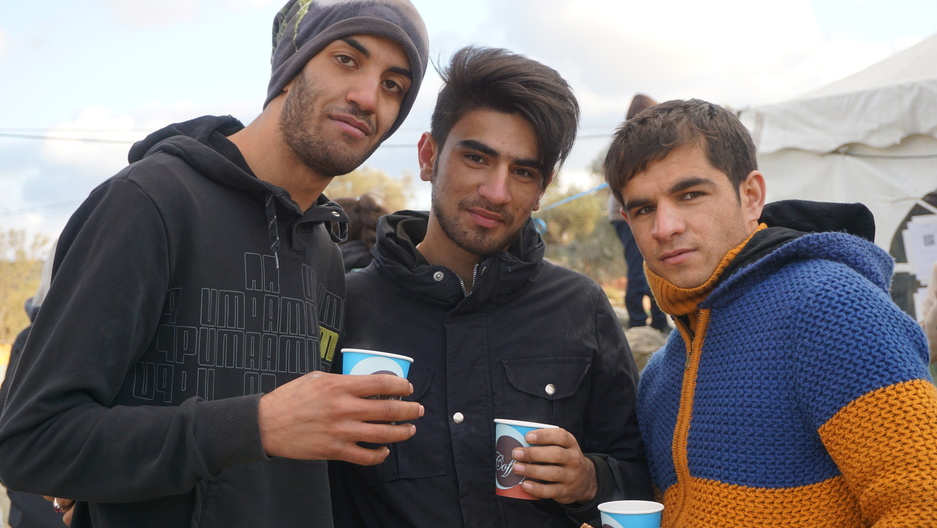 Whittaker, an assistant digital editor for Saveur magazine, recently wrote about one intriguing aspect of her trip for the magazine's website.

I asked her to share more about her story with The World.

It's January, 2016. In the midst of a refugee camp on Lesbos there's a tea tent. It's maintained by the NGO Better Days for Moria near a clothing distribution area.

Whittaker says when refugees arrive here "they come in wet usually, because they've just come off the boat. ... They receive new clothes, they change ... then they want to be warm." 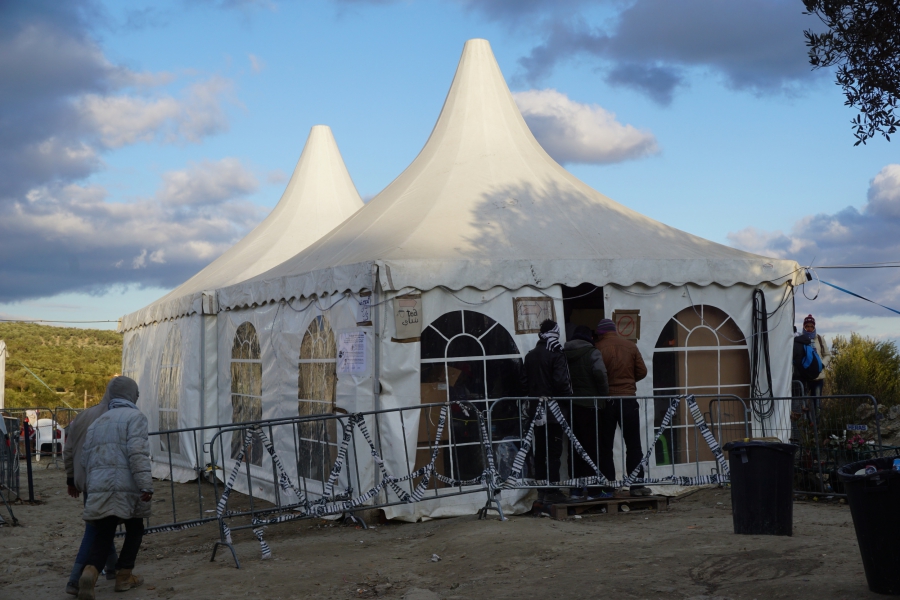 A tea tent on the Greek island of Lesbos 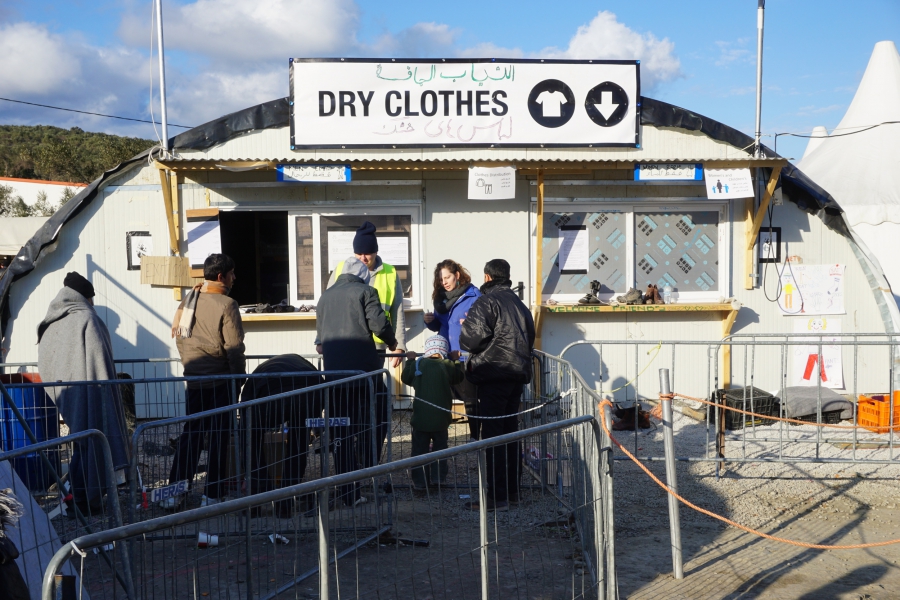 As soon as they're dry, new arrivals head to the tent where they can get a warm cup of tea. There they meet other refugees and migrants.

The volunteers who make and hand out tea are from many countries: the United States, France, Germany, England — all over Europe.

"It's a pretty serious job," says Whittaker. "They have specific recipes that they use and so, a big part of their job is to get [it] all together in these huge vats."

Many of the countries refugees arrive from have strong tea traditions. Imogen Moijie, the food coordinator at the camp, noted that there are a variety of tastes to accommodate.

The sweet smells of cinnamon and ginger are amazing, Whittaker says. 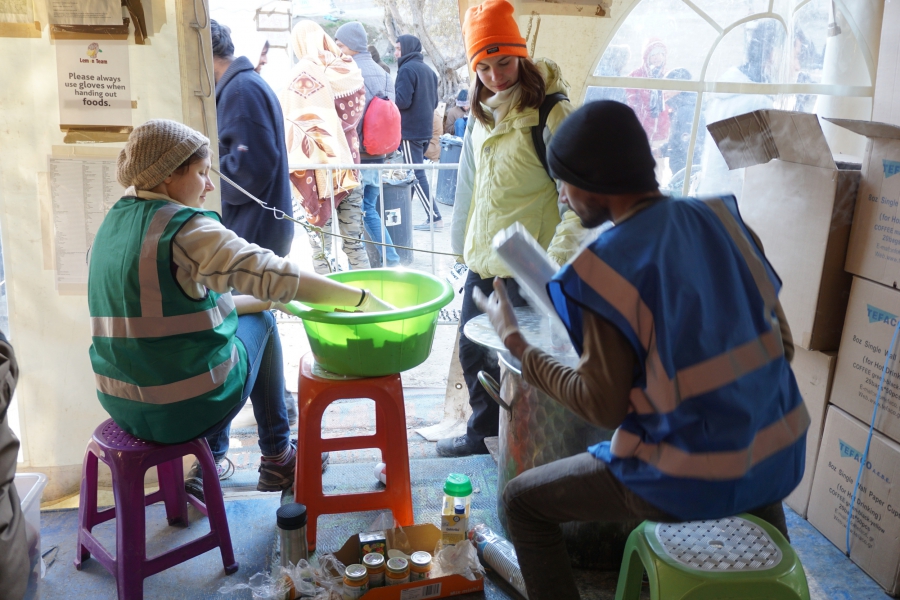 But just a couple months later, it's all gone.

The tea tent closed in March, Whittaker explains, "because of a deal between the European Union and Turkey."

Last she knew the camp had become a holding cell, and all the services provided were removed.

Whittaker thinks it's a huge loss.

"I know that the tea tent brought people together and it was very comforting. And it's hard to imagine, to me, what it would be like to go to another camp where that kind of service isn't there and where people don't have the opportunity to share news and to talk over a custom that is familiar to them and might remind them of home."

A previous edition of this story misspelled the name of Saveur magazine.