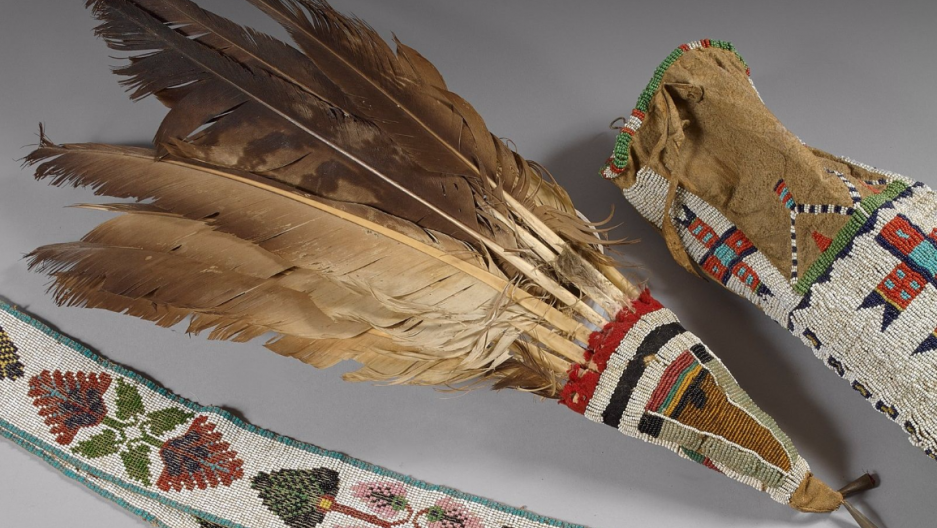 News update: On Monday the EVE auction house withdrew a Pueblo shield from its auction of 314 items. US Embassy spokesman Phil Frayne said it was "a small victory in a larger battle,'' the Associated Press reported.

The EVE auction house in Paris is getting ready to sell off a collection of historical and highly controversial objects.

The collection notably includes a ceremonial war shield, masks, a shrunken head, a warrior jacket adorned with human scalps, ancient jewelry, and ceremonial stones. Most of the collection can be traced back to Native American Indian tribes including the Acoma Pueblo and the Hopi.

US laws prohibit the sale of Native American ceremonial items, but those don’t apply in France.

Native American tribal leaders are trying to stop the auction and start a dialogue to reclaim the ceremonial objects that were taken from native peoples more than a century ago. They held an emergency meeting at the National Museum of the American Indian in Washington earlier this week to condemn the auction as a violation of international human rights. They even got #StopTheParisAuction trending on Twitter.

Bradley Marshall of the Hoopa Valley Tribal Council called the auction “deplorable” and said the items are “living beings” that belong to Native communities. “When we create [ceremonial] objects we are in prayer, and a spirit goes into them,” he said. “They are part of our families.”

“The sale of these important cultural objects goes against our entire way of life and way of thinking about being Native in today’s global worldview,” said Bambi Kraus, president of the National Association for Tribal Historic Preservation Officers in Washington. She says the objects were never intended to be shared with the outside world.

“Many were stolen from Native communities. Many were sold out of duress because there was a lot of fighting over resources when Western expansion was coming up against Native people in the world. I know from my own personal history as a Tlinget Indian in south-east Alaska that they were being forced to change their way of life and they were being starved to death, and there was very little they could actually do to preserve their culture," she says.

Acting AS-IA Roberts - We stand with the Acoma Pueblo in asking to #StopTheParisAuction on Monday pic.twitter.com/Hzmt0LB2c2 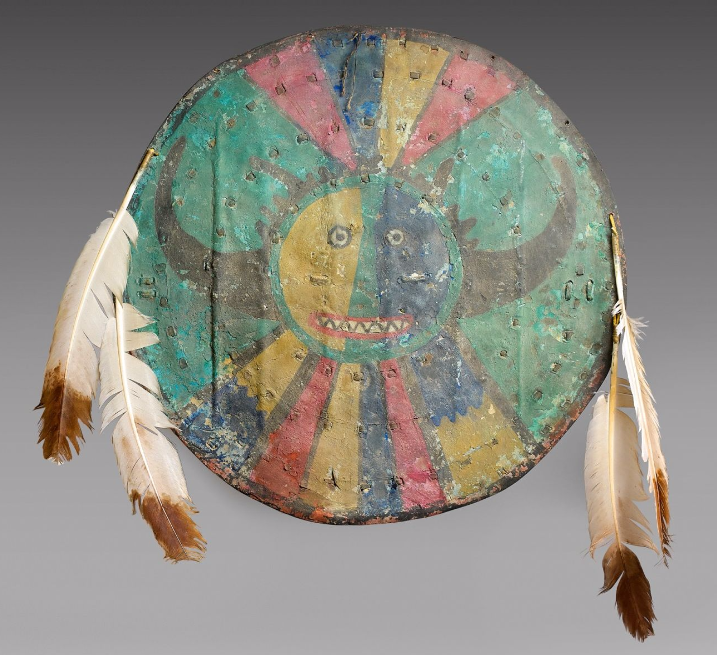 At the emergency meeting in Washington, Acoma Pueblo Nation Governor Kurt Riley made an emotional appeal for the auction to stop.

“I come today on the behalf of my people to talk about the illegal death sale of our sacred cultural items. Acoma has thrived for thousands of years because of cultural and traditional beliefs … our spiritual practices include the use of sacred objects, including the Acoma shield, which is due to be auctioned off to the highest bidder in Paris on Monday,” said Riley.

"The Acoma shield is a sacred item that no individual can own, it is not intended for commercial use or ... created for artistic value. The item was created to be used in specific Acoma ceremonies for the benefit of our community."

So far the appeals from tribal leaders and diplomats, and those on social media, appear to have fallen on deaf ears. EVE has given no indication of backing down on its Memorial Day auction.

EVE director Alain Leroy told the AP that “all the items proposed are of legal trade” and that “the public auction process allows the different tribes to acquire their past, and that is exactly what some tribes prefer to do, seeking efficiency and discretion.”

These auctions have been an ongoing source of friction between the US and France for several years. But pressure may be mounting. This week, US Interior Secretary Sally Jewell called on the French government to help repatriate the items.

“Auctioning off tribal sacred objects is extremely troubling not only because tribal law precludes the sale of these objects by individuals, but because items held by a dealer or collector are likely the results of wrongful transfer and may be for sale illegally,” she said.