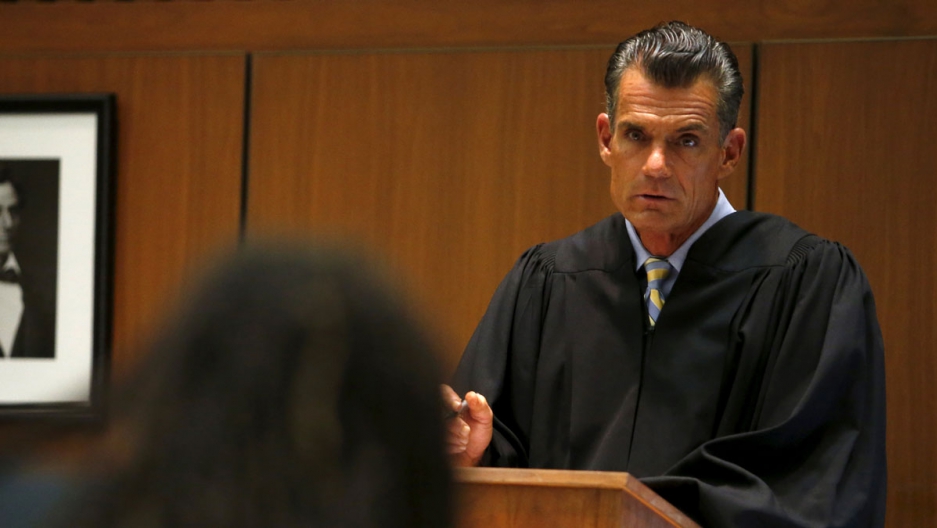 You’ve seen it in nearly every police movie. There’s a small, smoke-filled room, and a single bare lightbulb shines down from the ceiling. Two overworked and overtired detectives assume the roles of good cop and bad cop, and they break down a suspect with psychological games until he cracks.

As it turns out, this clichéd Hollywood script has roots in the real world.

“In the popular imagination, the interrogation [process] is what we see on TV or in the movies,” says journalist Robert Kolker. “And the weird thing is that, in real life, it often follows this model also. The police don’t get a lot of formal interrogation training. Instead, they get a lot of received folk wisdom that is in the same mode.”

When examining interrogation tactics for WIRED and The Marshall Project, Kolker found a reality based in fiction. Since detectives and investigators are under pressure to close cases quickly, many seek to secure a confession — whether it’s the truth or not.

“You see different aspects of it in places like ‘The Wire’ — there’s the motivation to close cases, to clear cases, to get [suspects] out the door, and to get a confession,” he says. “That’s a big part of modern day police work too, sometimes to the detriment of the suspects who are actually innocent.”

Kolker says that the race to close cases reveals the dark side of the American justice system.

“The worst example of this is the Central Park Five [rape and assault] case, at least in our popular memory,” Kolker says. “[In that case], five people were pressured over night and convinced through deceit and trickery that life would just be better for them if they said they did it, and they did.”

But now, police departments across the country are reinventing their interrogation techniques with the help of cold, hard science.

“Interestingly, for the last six or so years there’s been a wealth of research suggesting a better way to do it, and it’s been funded by the federal government,” says Kolker. “The most interesting thing of all is that it’s an outgrowth of the ‘War on Terror.’ It’s called the High-Value Detainee Interrogation Group, or the HIG.”

President Obama established the HIG program in 2009 after the world learned the US was using torture techniques while interrogating terror suspects at Abu Ghraib and Guantanamo Bay. The HIG includes members of the FBI, the CIA, and other law enforcement agencies, and it has awarded $12 million to academic researchers to study and identify the most successful interrogation techniques.

But is the HIG program actually helping to reduce false confessions?

“Well, the goal post has changed,” Kolker says. “If the point of an interrogation in the olden days was to get a confession, now the point of an interrogation is to get as much accurate information — or any information — from the person as possible. [Investigators] get them talking as much as possible so you can check it against verifiable facts, against other testimony, against the record, and develop an accurate view of the case.”

This new approach to interrogations is labor intensive and requires careful planning, Kolker says, and making the switch can be challenging for seasoned investigators and detectives.

“It goes against the image that a lot of police have of themselves as being the guy who’s winging it in the interrogation room, trying to figure the other person out and get them to confess,” he says. “Instead, it’s more of a collaborative effort — it’s a team of investigators planning an interview, deciding which way to go with it, and trying to find different ways to make sure that a suspect, above all, keeps on talking, even if it’s untruthful, so they can catch them in inconsistencies, or develop a more accurate view of the case.”

Though the HIG program was initially rolled out for US military investigators, police departments in Dallas, Philadelphia, and Los Angeles have begun employing these new tactics.

“The biggest participant so far has been the LAPD, interestingly,” Kolker says. “The police department of Rodney King fame is interested in this.”

Kolker profiled two LAPD investigators who were trained in the HIG program, and he found that the new approach has been beneficial.

“As soon as they came back [from training], they got put on a case that was about to be cold,” he says. “They interviewed a guy who had clammed up around other investigators because he wasn’t interested in being the prey stalked by a hunter. With this new interrogation technique, he opened up like never before.”

According to Kolker, the suspect spoke for five hours and provided the investigators with a plethora of information which was then checked against the facts.

“While he never technically confessed, it gave them enough to arrest him, and he’s now serving a 25-year sentence for murder,” he says.

Instead of pressuring a suspect to divulge information that fits a crime narrative established by the police, investigators using the HIG program are able to glean more information by engaging with the suspect in a non-confrontational and respectful way, which can reveal valuable information that might otherwise never come to light.

“It’s different from good cop, bad cop — it’s a whole other model that, in the best of circumstances might even put an oppositional suspect off balance and make them think that they actually have the upper hand by talking,” Kolker says.