Zozan Khaled Musa had settled into her seat on a train from Austria to Germany's border when she noticed a passenger in front of her talking with the police. That's when Musa decided it might be best if she didn't answer in Arabic when her cell phone rang.

Musa says her fellow passenger was complaining to authorities about being on a train with refugees.

Becoming a refugee, in their own words

Read Musa's first-person account of her refugee journey, and stories from other Syrian refugees, in the latest story from our yearlong reporting series Longreads on Conflict. 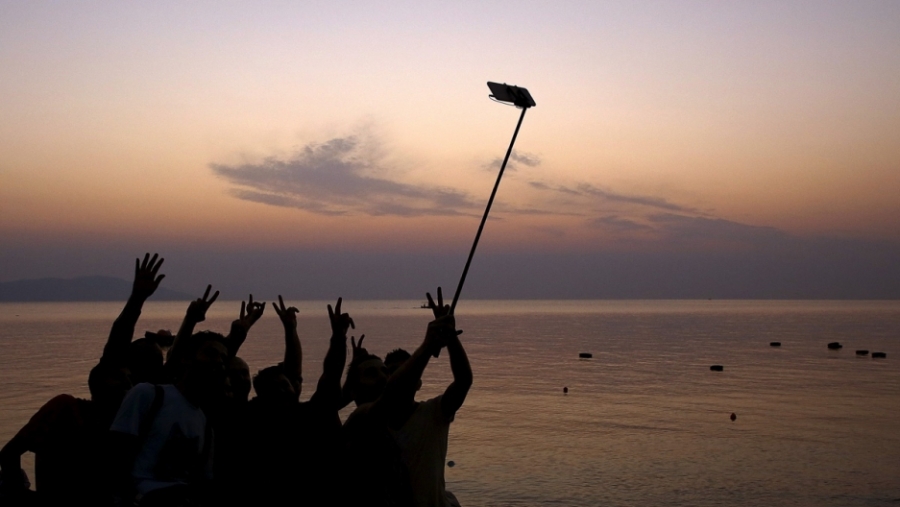 "So I decided not to speak any word that's different to them, so they will not suspect that I might be a refugee," Musa says.

Like many refugees, Musa speaks several languages. She says she became especially worried after police heeded the nearby passenger's complaints and removed a group of Pakistani refugees from the train.

Musa, a 25-year-old Syrian, used English instead of Arabic to speak with the American tourist sitting next to her in the first-class compartment.

"She didn't know that I'm a refugee and she started talking about refugees in a bad way," Musa says.

Musa fled the war in Syria last October via Turkey and Greece. During parts of her train ride to Germany, she pretended to be asleep to avoid encounters with those who might be unfriendly.

She says these decisions took a personal toll.

"Yes, it was kind of a denial of my identity and I was not happy to do so, but I had to do it," Musa explains. "I wanted just to reach where my husband is staying."

Musa successfully linked up with her Syrian husband who'd traveled a similar route months earlier and had already arrived in Germany. He's accepted an offer to study in Berlin.

Now that the couple is settling into a new life in Germany, Musa says she no longer needs to hide her Syrian refugee roots. And she urges other Syrians to be up front about their identities, including a group of girls she recently met in an German subway.

"They were Syrians, but they were not speaking Arabic. They were speaking German in the metro so that no one maybe will look down at them," she says. "That's crazy to do something like that. I'm not ashamed of being Syrian, you know it, and I had a country of my own, and I was once a citizen in my country. But now everything's changed, so it's like out of our hands. We can't do anything about it, but it doesn't mean that I should pretend to be someone else than me."