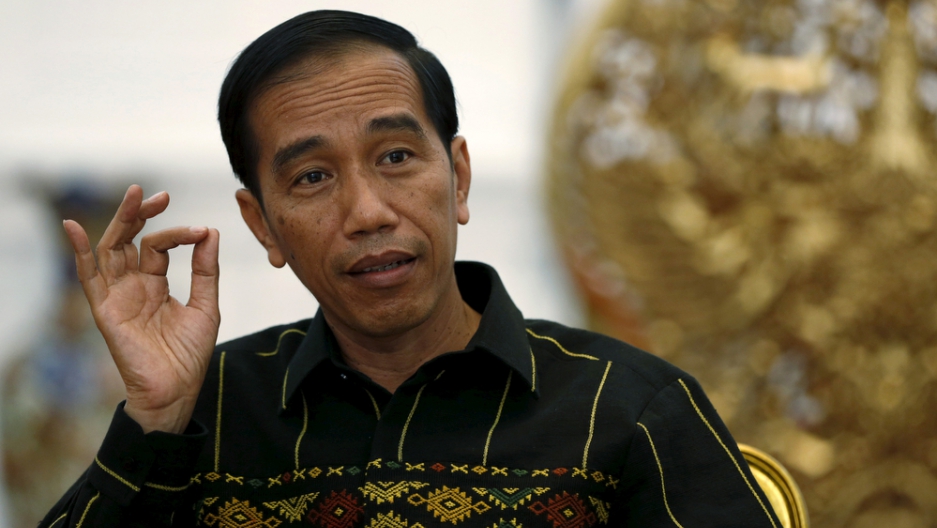 Indonesian President Joko Widodo gestures during an interview with Reuters at the Presidential Palace in Jakarta, Indonesia, on Feb. 10, 2016.
Credit: Darren Whiteside
Share

Indonesia's introduction of the death penalty and chemical castration for child sex offenders won applause from the public Thursday, but activists warned the punishments would not serve as a deterrent.

President Joko Widodo signed a decree Wednesday introducing the tougher measures, which also included fitting monitoring devices to offenders after their release from jail, in response to public anger at the fatal gang-rape of a schoolgirl.

The 14-year-old was snatched by a group of drunken men and boys on western Sumatra island in April and was found days later in woods, tied up and naked.

The case sparked a national debate about sexual violence and as more reports of sex attacks emerged, pressure mounted on the government to take action.

The new punishments mostly won praise in Indonesia, where there is strong backing for the death penalty, with members of the public and lawmakers voicing support.

"Castration is intended to have a deterrent effect and prevent repeat sexual offences," said lawmaker Abdul Malik Haramain, from the Islamic party the National Awakening Party, which is part of the ruling coalition.

He insisted that castration would not violate human rights, as offenders would go through a legal process before the punishment was handed down.

Nevertheless, activists were unhappy, suggesting the punishments were a knee-jerk reaction.

Hartoyo, a prominent gay rights activist who has campaigned against the new punishments, said the regulation amounted to an "act of vengeance".

"It only shows that the government is panicking and has no real understanding about sexual violence," added the campaigner, who like many Indonesians goes by one name.

Nur Kholis, of the National Commission on Human Rights, said his group was generally against the death penalty and did not believe that castration would have a deterrent effect.

The presidential decree brings the new punishments immediately into effect, although parliament could later overturn them.

The death penalty can be handed down to child rapists where the victim has died or suffered serious mental or physical injury, while chemical castration can be used in cases of repeat child sex offenders.

Under previous laws, the maximum sentence for rape — including of a minor — was 14 years in jail.

Indonesia has already faced much criticism for its use of capital punishment, sparking outrage last year when it put seven foreign drug convicts to death by firing squad.

The government did not give any further details on the electronic monitoring devices. Local media previously reported that a microchip could be implanted in child sex offenders' legs on their release from jail.