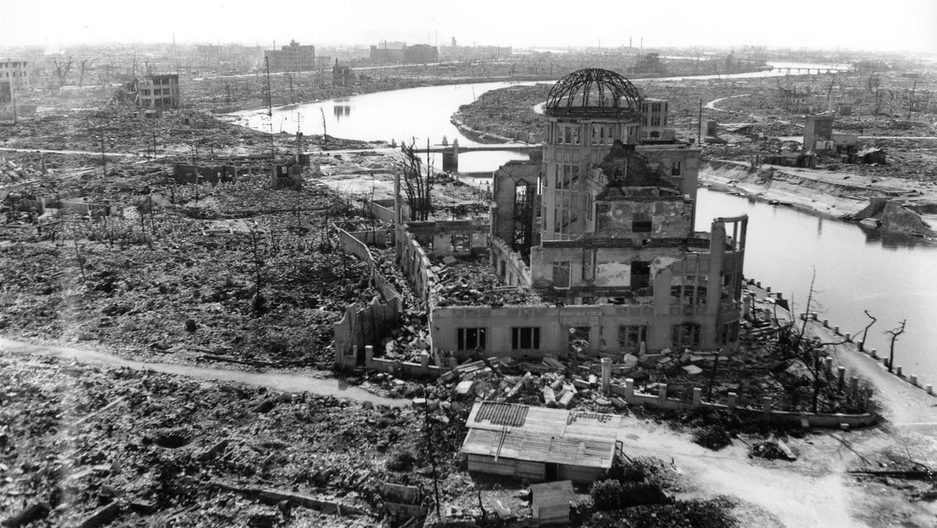 The atomic bomb was dropped on Hiroshima on August 6, 1945, killing thousands instantly and about 140,000 by the end of the year.

US President Barack Obama will be the first sitting US president to tour the site of the world's first atomic bombing on Friday, accompanied by Japanese Prime Minister Shinzo Abe. 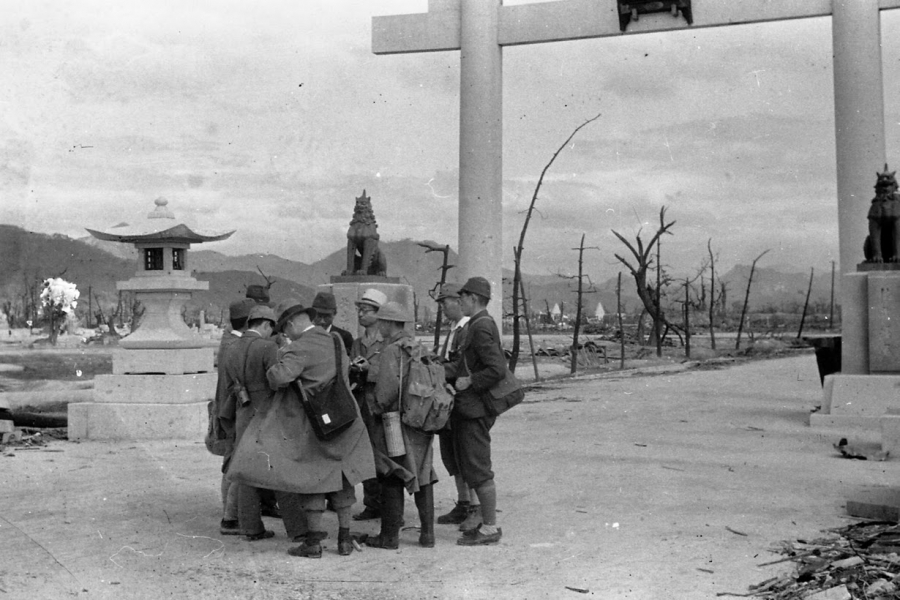 Survey team members confer in front of the large torii gate on the approach to Hiroshima Gokoku Shrine after the atomic bombing of Hiroshima, in Moto-machi district.

Japan and the United States are presenting Obama's visit to Hiroshima as an affirmation of a strong alliance and a step toward world denuclearization, but critics see selective amnesia and paradoxes on nuclear policy.

Aides have said Obama will not apologize. Nor is Obama, who won the Nobel Peace Prize in 2009 partly for making nuclear non-proliferation a centerpiece of his agenda, expected to address the debate over whether the dropping of the bombs on Hiroshima and Nagasaki was justified. 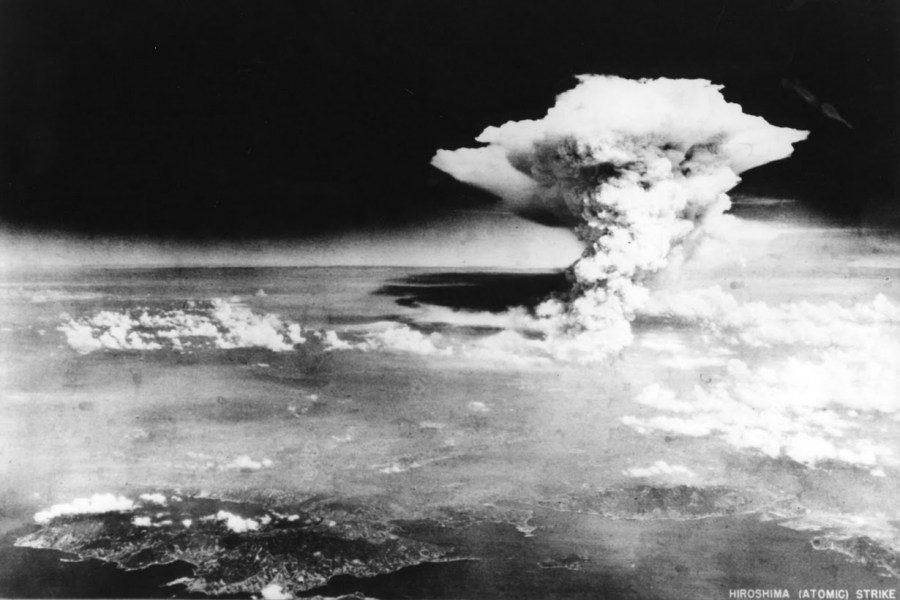 An atomic cloud billows, following the explosion of the first atomic bomb to be used in warfare. August 6, 1945. Hiroshima, Japan.

Following the bombing of Hiroshima, Nagasaki was hit on August 9.

A majority of Americans see the bombings as having been necessary to end the war and save US and Japanese lives, although many historians question that view. Most Japanese believe they were unjustified.

Officials in both countries have made clear they want to stress the present and future, not dig into the past, even as the two leaders honor all victims of the war. 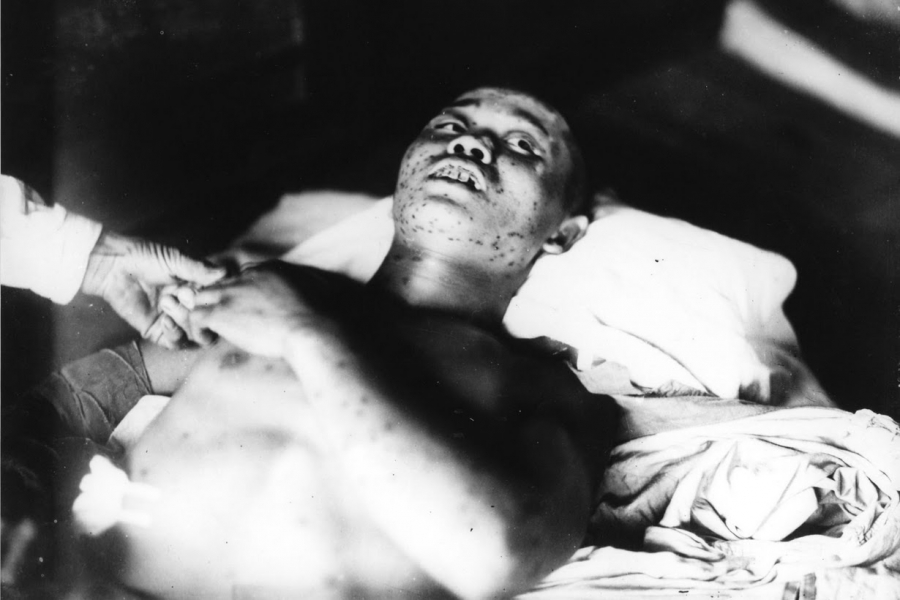 A 21-year-old soldier, who was exposed to the atomic bombing of Hiroshima and has purple subcutaneous haemorrhage spots on his body, is treated at the Ujina Branch of the Hiroshima First Army Hospital. September 3, 1945.

"It is an important landmark in a continuing process of paying homage to the victims of war in general and the atomic bombing in particular, in the process of trying to eliminate nuclear weapons in the world," former Japanese diplomat Sadaaki Numata said. "Both sides worked hard to shift the focus to a forward-looking agenda that has resonance worldwide." 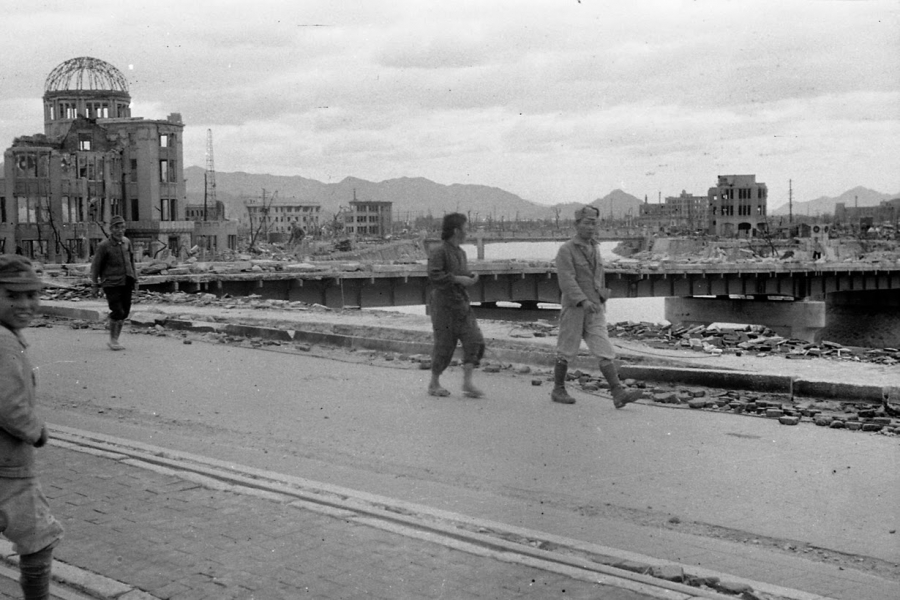 Even without an apology, some hope that Obama's visit will highlight the huge human cost of the bombings and pressure Japan to own up more forthrightly to its responsibilities and atrocities. Asian neighbors China and South Korea, often complain Japan needs to be more sincerely repentant about the war, despite its numerous past apologies.

"Part of the subtext is telling this and future Japanese leaders that 'If I can go to Hiroshima and take flak for it at home, you can certainly do a little more to own up to what Japan did," said one US official, who spoke to Reuters on condition of anonymity.

The visit was hotly debated in the White House, not least because of fear of domestic blowback in an election year. 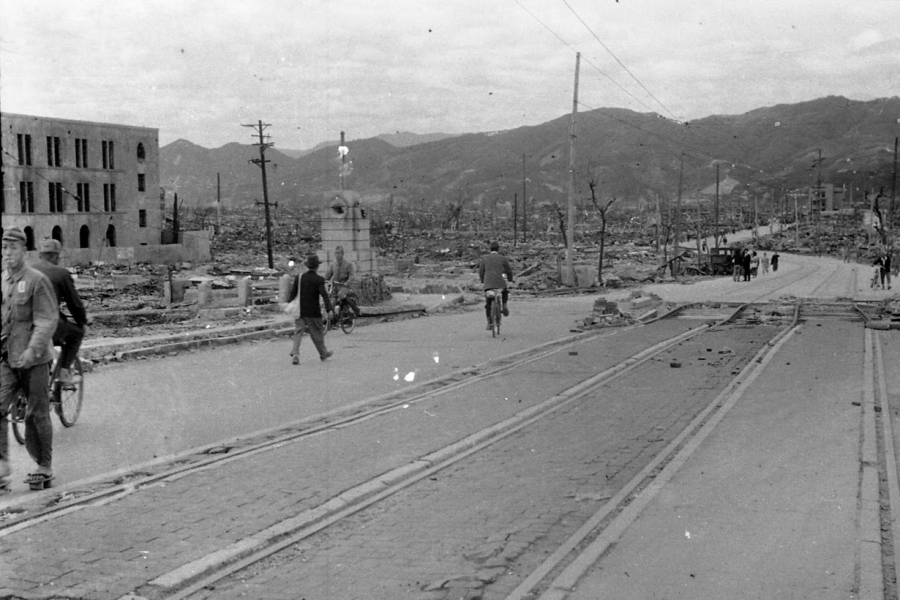 The Abe administration has affirmed past government apologies but asserts that future generations should not have to apologize for the wartime sins of their forebears.

"We are successfully proceeding with [US-Japan] reconciliation. As for how the war came about, leave it to the historians," said former Japanese diplomat Kunihiko Miyake.

Critics argue that by not apologizing, Obama will allow Japan to stick to the narrative that paints it as a victim.

"What the Japanese government is doing now is denying the fact that Japanese soldiers committed atrocities and the Japanese nation as a whole committed the war of aggression. Somehow, they are trying to sanitise Japanese war conduct," said Hiroshima historian Yuki Tanaka. 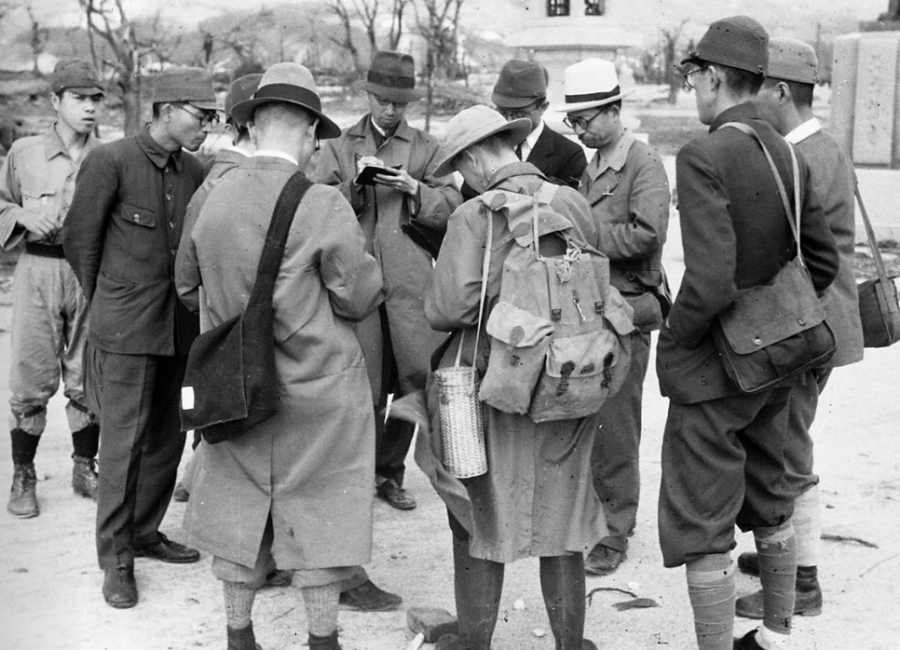 Survey team members confer in front of the large torii gate on the approach to Hiroshima Gokoku Shrine after the atomic bombing of Hiroshima, in Moto-machi district. October, 1945.

"At a time when, frankly, momentum is stalled, this visit will be an opportunity to reactivate that," Hiroshima Governor Hidehiko Yuzaki said, adding insistence on an apology might have prevented Obama from making the trip.

But critics note Obama has made scant progress toward nuclear disarmament and is spending heavily to modernize the US atomic arsenal.

Obama’s aides counter that he has secured concrete achievements, such as a new nuclear arms control deal with Russia in his first term and last year’s nuclear pact with Iran. 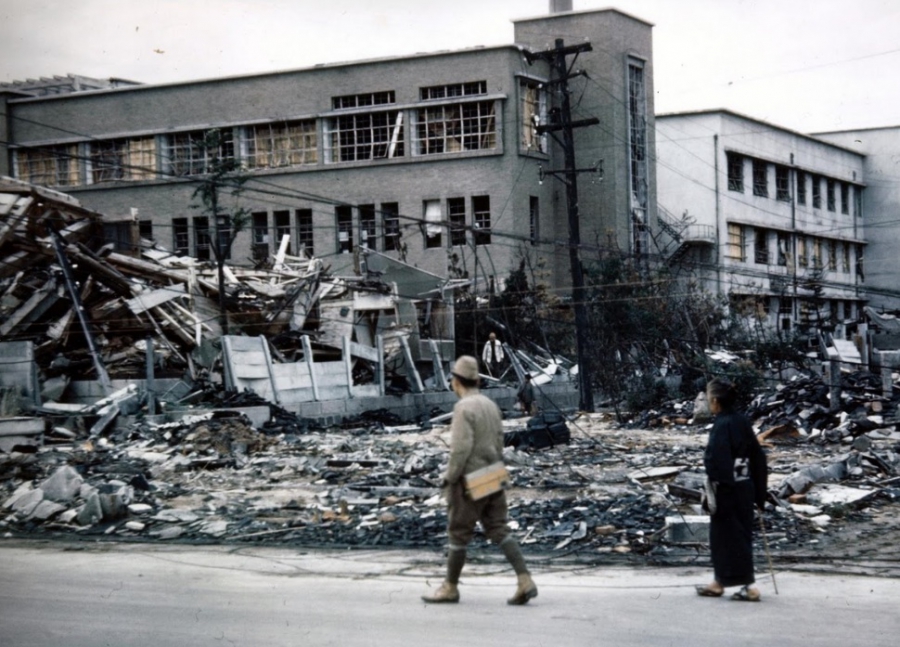 People walk past the Hiroshima Red Cross Hospital after the atomic bombing. November, 1945.

Japan stresses its unique status as the only nation to suffer atomic attacks and advocates disarmament, but nonetheless relies on the US nuclear umbrella as an extended deterrent.

And, Tokyo has long taken the position that nuclear arms would not violate its pacifist constitution, although it rules out possessing them.

Ultimately, Obama's visit may be a sort of Rorschach test, a psychological inkblot test in which viewers see what they are predisposed to perceive. 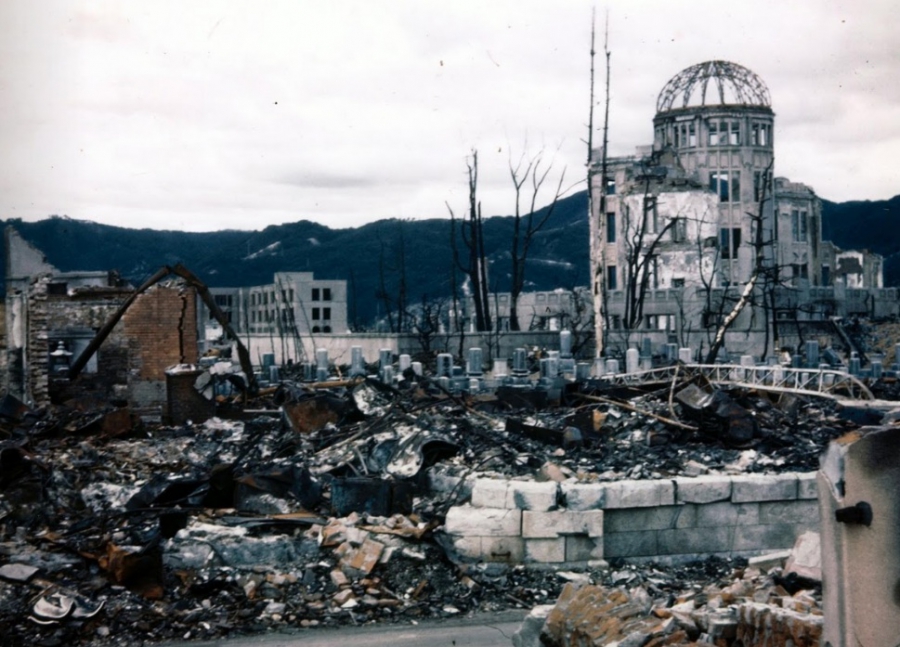 The gutted Hiroshima Prefectural Industrial Promotion Hall is seen after the bombing. November, 1945.

"Anti-Obama-ites will call it an 'apology tour' even if there is no apology," said Richard Samuels, a political science professor at the Massachusetts Institute of Technology.

"Japanese nationalists will declare vindication of the empire and of the Japanese people, even if the president insists we are all culpable for war and its effects, and pacifists will imagine this is a step toward the end of nuclear weapons despite new US investments and Japan's open embrace of the nuclear deterrent." 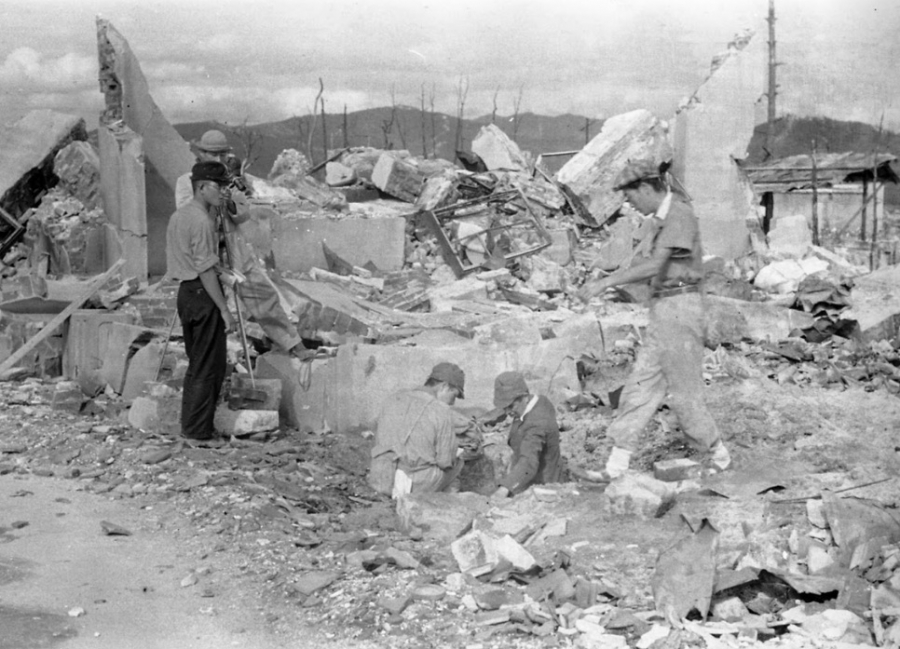 Survey team members measure residual radiation in the ruins of Shima Hospital, located at the hypocenter of the atomic bombing of Hiroshima as Japan Film Corporation staff film them in Saiku-machi district. October, 1945. 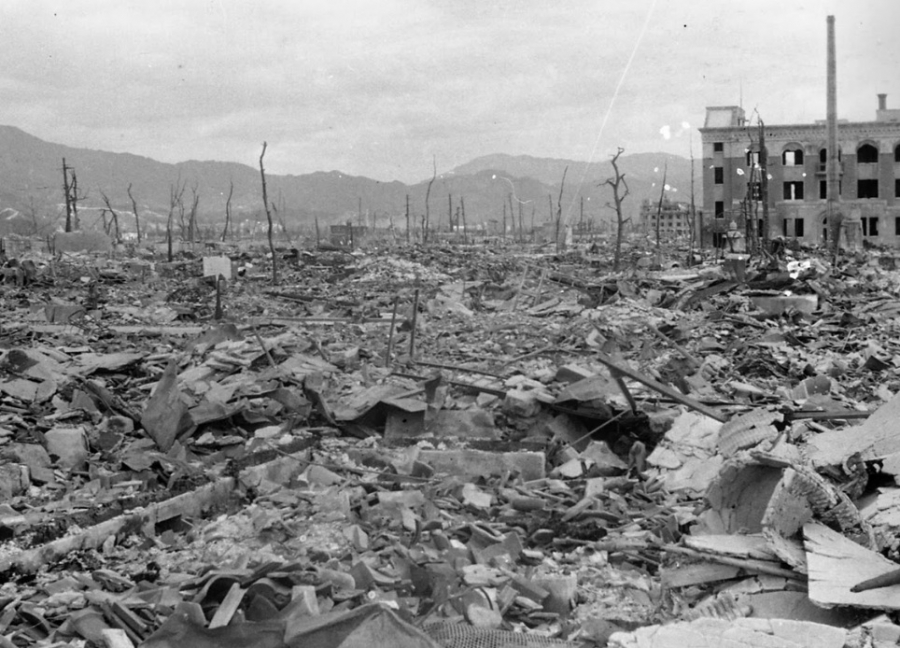 Destroyed houses and buildings are seen after the atomic bombing.