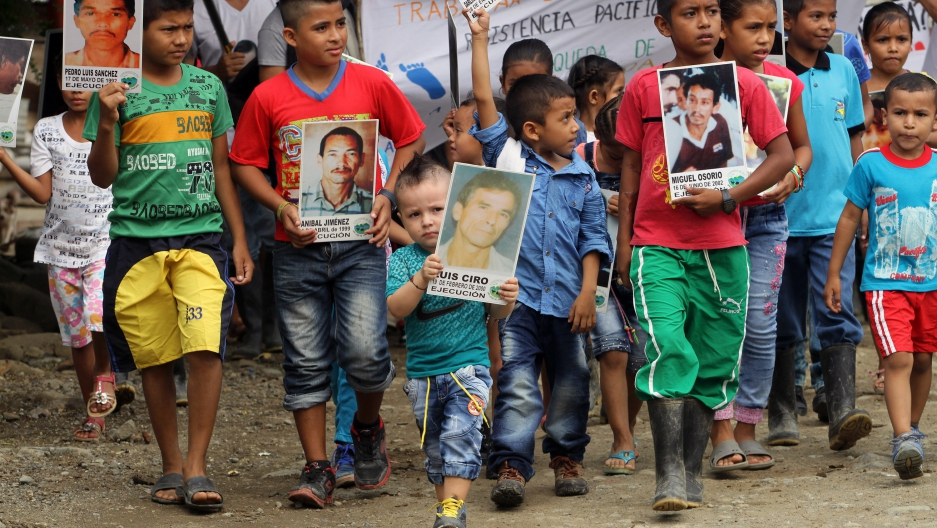 Children in the San José de Apartadó comunnity carry signs showing the faces of people who had been killed in the Colombian conflict.

In the midst of Colombia’s long-running civil war, between a rebel movement known as FARC, and paramilitaries and the government on the other, a small group of poor farmers is refusing to take sides.

“Today, we’re commemorating 19 years of civil resistance,” says Jesús Emilio, one of the community’s leaders at a protest this spring. “The campesinos have resisted the injustices of weapons for so many years here in the zone of Urabá, one of the most violent zones in the country. This is a kind of peaceful protest that we do so the world knows about all of the injustices that are still being committed after so many years of persecution of the campesino.”

Before the people banded together for peace almost 20 years ago, civilians here were being killed indiscriminately as each side fought for control of the territory. At the time, it was common for fighters — both government soldiers and guerillas — to ask people for information or even food. If the farmers were seen talking with one side, the other side often accused them of helping the enemy.

The civilians were stuck in the middle and there was little they could do to defend themselves. 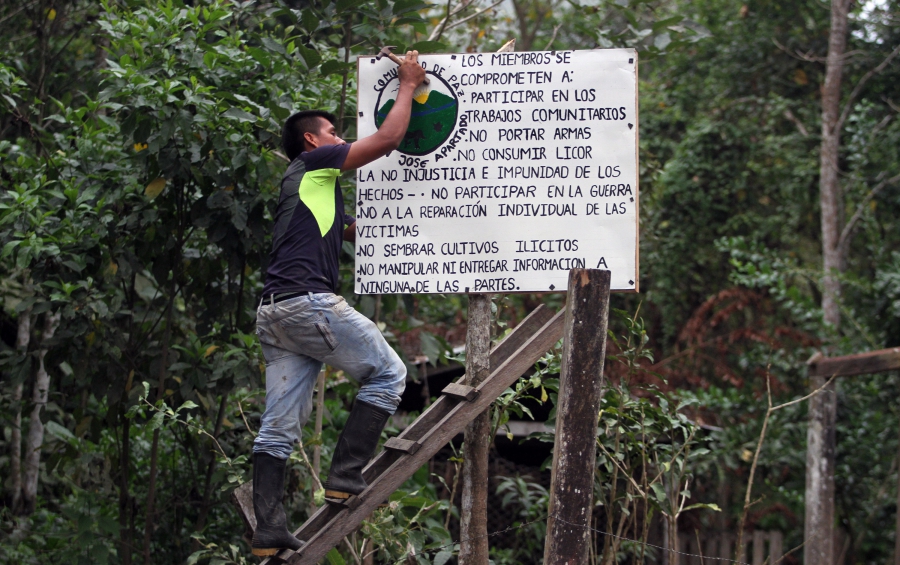 But Jesús Emilio and the other civilians didn’t pick up arms to defend themselves. They did something entirely different. The community decided to stop cooperating with the armed groups, no matter what. They wrote a document declaring their land a neutral zone and said anyone could join them if they followed the rules of the community. The newly formed group also chose an internal council of leaders. 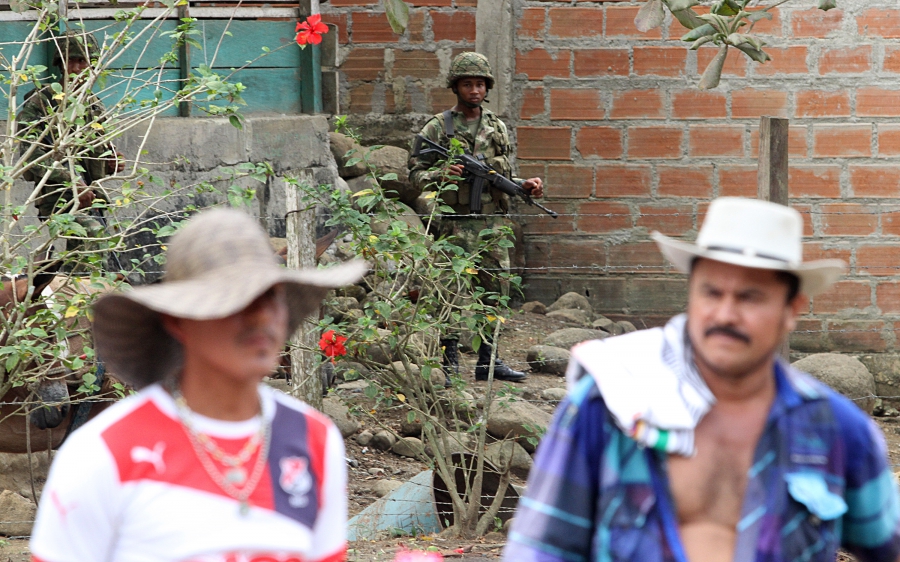 Predictably, the armed groups did not take well to this new pact that stripped the support of the people from them. Within months, several community leaders had been murdered.

In Spanish, “apartado” means isolated, or separated from the rest, and it's an appropriate name for the community that holds itself above the violence that sometimes flares in the countryside, despite renewed peace talks between FARC and the government. 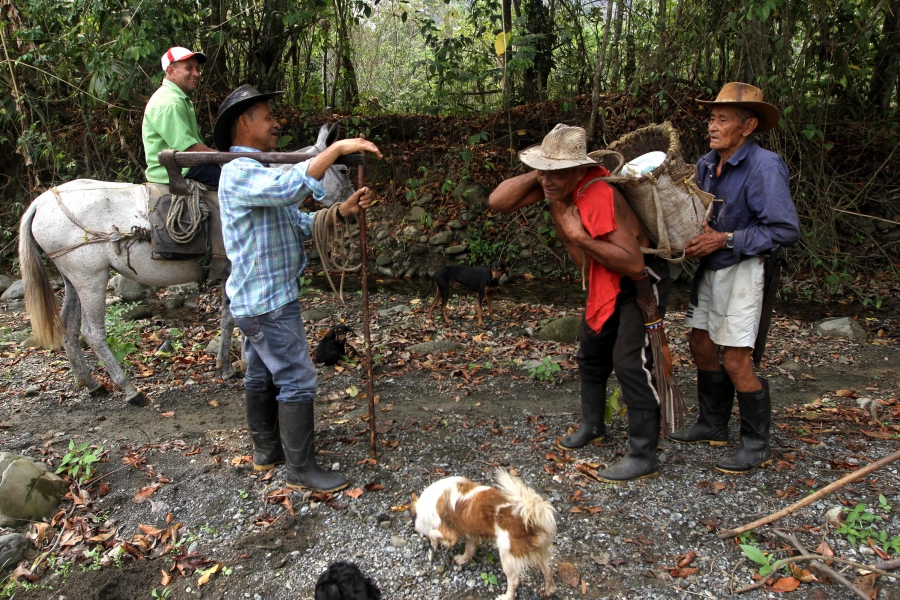 The community leaders have connected with like-minded people from other countries in order to help their cause. Foreign interest not only attracts international visibility, but also foreign aid workers. For example, Operazione Colombia is a peace group from Italy that has been officially partnered with San José de Apartadó for seven years.

“The idea of international accompaniment is that a person who has a different passport besides a Colombian passport — in my case an Italian passport — can be an external eye that watches over the members of the community,” says Silvia De Munari, who has been in Colombia with Operazione Colombia for almost three years.

Leaders of San José Apartadó often receive death threats. So when they go into town or travel to work in the mountains, they bring a peace worker like De Munari with them. It’s an insurance policy of sorts; an attack is less likely to happen if there’s a witness with connections to the outside world.

Recently, FARC and the government of Colombia have made more progress toward reaching a peace agreement than ever before. But for the farmers in San José de Apartadó, who have seen peace talks fade time and again, little has changed in their daily lives. They want to keep the community alive for future generations because, they say, without the group, the campesino is nothing.

“For me, violence isn’t an option,” Jesús Emilio says. “Sometimes you might feel afraid, right? But in the midst of more injustice, there’s more reason to keep going.” 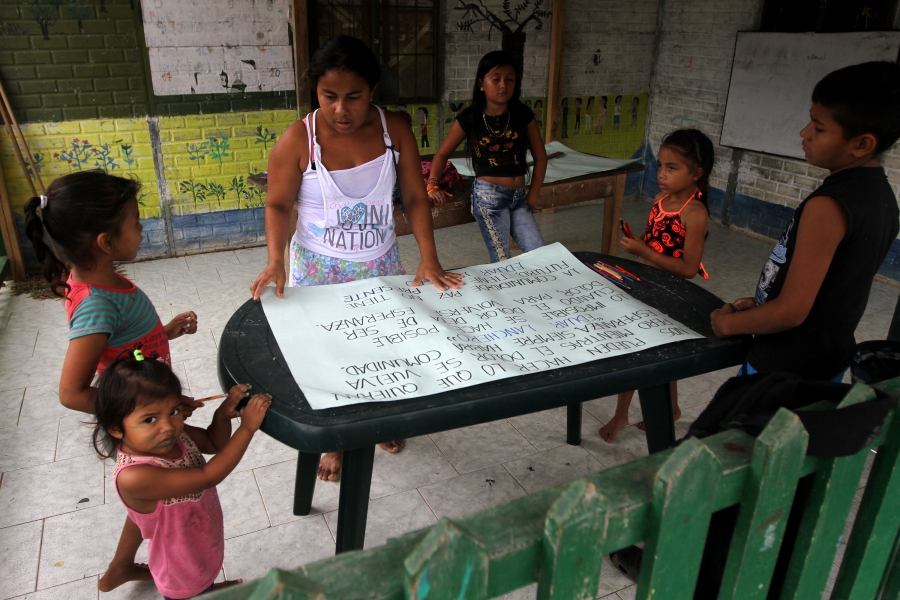 Kids make signs with quotes from community leader Eduar Lanchero about hope and forgiveness, for the 19th anniversary march