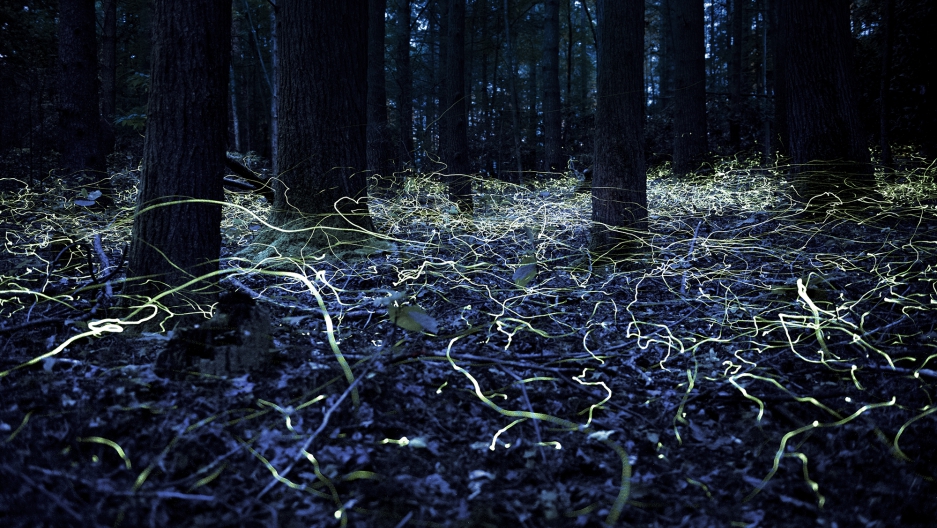 As the weather warms in the southern Appalachians, the blue ghosts start to appear.

No, they’re not otherworldly or apparitional — they’re just insects. Blue ghost fireflies (Phausis reticulata), native to the region, begin their mating season as spring slides into summer, usually around the beginning of June, although they’re already starting to appear this year, says Jennifer Frick-Ruppert, a professor of biology and environmental science at Brevard College in North Carolina.

Frick-Ruppert has lived in a remote, forested part of western North Carolina for almost two decades, and is mesmerized by the annual display of male blue ghosts silently swimming through the air, their lights glowing among the trees.

She remembers coming upon them at night: “You could stand there, and you could see these lights in the forest meandering through this cool, leafy, rich southern Appalachian cove forest, and it was glorious. It was just a beautiful thing to see,” she says. “It is absolutely quiet, and eerie.”

The blue ghosts appear for only about two weeks to a month, when the males emerge for a few hours just after nightfall to fly around a foot or two off the ground, seeking mates. Females, meanwhile, are wingless. (Adult blue ghost females exhibit a striking type of sexual dimorphism called paedomorphism, in which they retain their larval forms, even though they are sexually mature and reproductive.)

Dorsal view of an adult blue ghost female. Adult females exhibit a larval body form, including a lack of wings. The transparent exoskeleton is composed of 11 dorsal plates, and parts of the digestive system are visible as dark brown areas.

“The females will crawl up onto a leaf on the ground and [sit] kind of exposed and glow, and then the males will come and track them and find them that way,” says Frick-Ruppert, who authored a study with one of her students on Phausis reticulata in 2008, one of the few pieces of literature on the species.

Both male and female blue ghost fireflies, which are about the size of a grain of rice, emit a light that looks more blue-white from a distance than the yellow-green common among other fireflies. The blue ghosts also glow for about a minute rather than flash. Because fireflies generally use their flickering as a communication system, Frick-Ruppert tried to study what this glow pattern means for the blue ghosts, but couldn’t come to a definitive conclusion. “We never did figure out exactly how they were communicating,” she says. 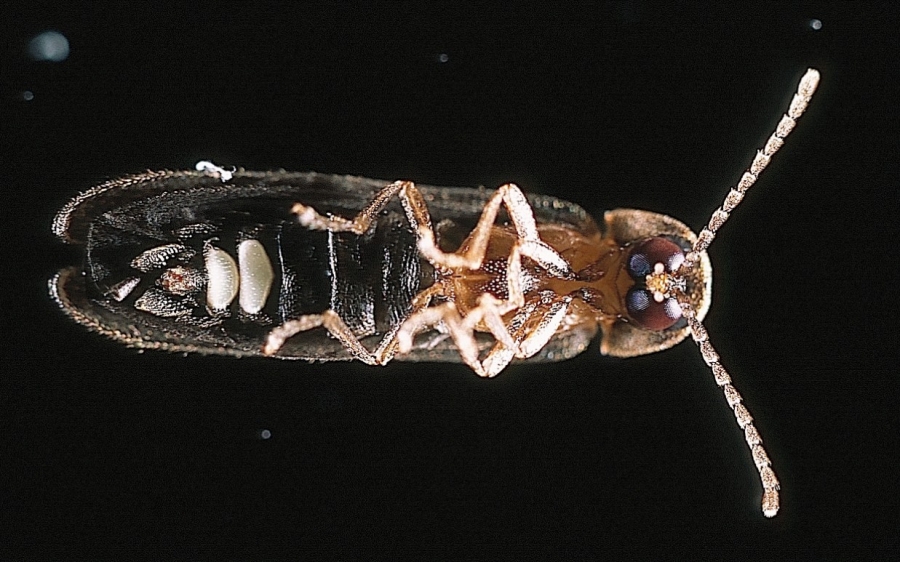 Ventral view of an adult male blue ghost. Males have much more developed eyes and antennae than the paedomorphic females. Their wings are covered by protective elytra, as in other species of beetles. The light organs are visible as cream-colored areas on the fifth and sixth sternites (sections of the segmented abdomen).

The blue ghosts seem to prefer warm and wet conditions for their eye-catching mating season. “A couple of years ago, there was a drought right before their normal season, and their numbers were really down,” says Frick-Ruppert. During a good season, though, she says a person looking out over several acres might be able to see hundreds to thousands of these fireflies.

Those specific conditions, combined with the fact that females are flightless and therefore not very mobile, are probably what have limited the blue ghost firefly’s distribution. In her study, Frick-Ruppert warned that the species is “vulnerable to population decline from habitat loss.”

This year, managers of the DuPont State Recreational Forest have for the first time chosen to close some trails in the area for a few weeks in order to protect the blue ghosts from too much disturbance by visitors who might want to catch the phenomenon in action.