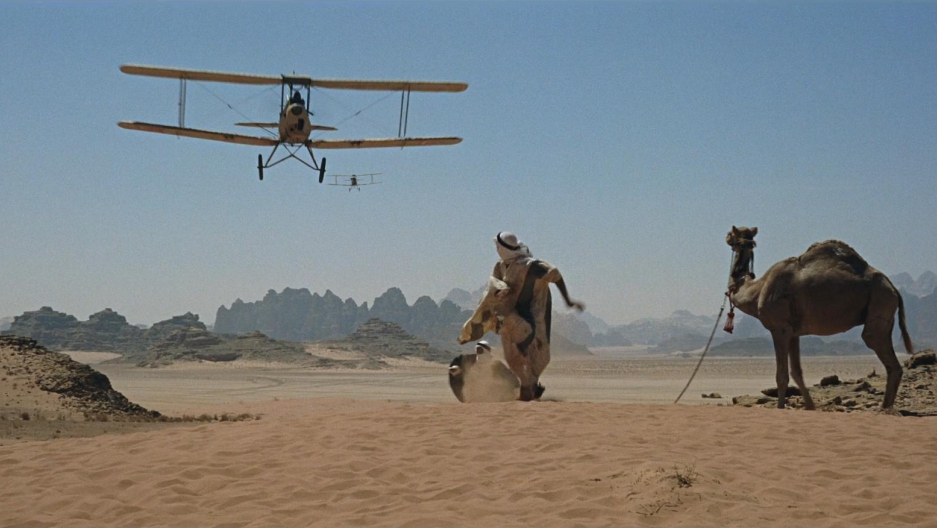 Some of the sweeping scenes of Arabia in the 1962 movie Lawrence of Arabia were actually filmed in Morocco.

Morocco is a very large movie set — from sands to cities. It's served as a stand-in for Arabia in "Lawrence of Arabia," Abu Dhabi in "Sex in the City 2," Egypt for "Evil Mummy" and for fantasy locations in "Game of Thrones."

But rarely is Morocco — Morocco in films.

Narrimane Faquir, a Moroccan filmmaker, was the local casting director for the 2014 film, "American Sniper" (in that one, Morocco stands in for Iraq). “On 100 movies, maybe three movies represent Morocco,” she says.

Sure, she argues, it’s good for the local economy.

“When we worked on the 'Black Hawk Down,' they had 12 cameras, it was a crew of 500 people. It helps in the way that technicians have work, they can feed their families.”

But Faquir is not alone in worrying that her country might be seen in a negative light.

Othman Naciri, a Moroccan filmmaker, is also not happy with the Hollywood treatment. He thinks American movie studios know little about his country. They just say “OK, Morocco, where is it? North Africa? Sand, desert? OK, that’s perfect. It’s cheaper for us to shoot there than the Arizona desert and it’s safer to shoot there than the real Iraq so that’s the best compromise.”

Nor is Naciri happy about how locals are cast or portrayed in American films.

“The Moroccan people are cast as typical Arab profile: terrorist, bad guys, according to the American point of view. You know, we are not so far from the Western point of view of the 50s — with the good, the bad and the ugly!”

Amal Idrissi, a law professor in Morocco, recognized some locations while watching "American Sniper." It upsets her seeing her country as a war-torn location, that the film “makes Morocco look like any other Middle Eastern country that is at war, while for me as a Moroccan I can distinguish the doors, I can recognize the minarets, I can recognize the architecture and clearly see that that is not a Middle Eastern country at war.”

Moroccan filmmakers are trying to challenge the terrorist cliché by exporting their own image of the country, and the people.

“Morocco now produces like 25 feature films per year, which is absolutely not bad,” Naciri says. In fact, Moroccan films have recently made it to the Cannes Film Festival.

In his next movie, Naciri is taking up the delicate, oft-debated subject of Moroccan history. “[I’m] now preparing my second feature film about women’s emancipation in Morocco during the '50s,” he says. “This is really important to look at our history.”

It would be hard to end a story about films in Morocco without some mention of the 1942 film "Casablanca," a movie that really put Morocco on the cinema map.

A film that was shot entirely on location ... in Burbank, California.

Below, the trailers for a few movies that were filmed in Morocco.