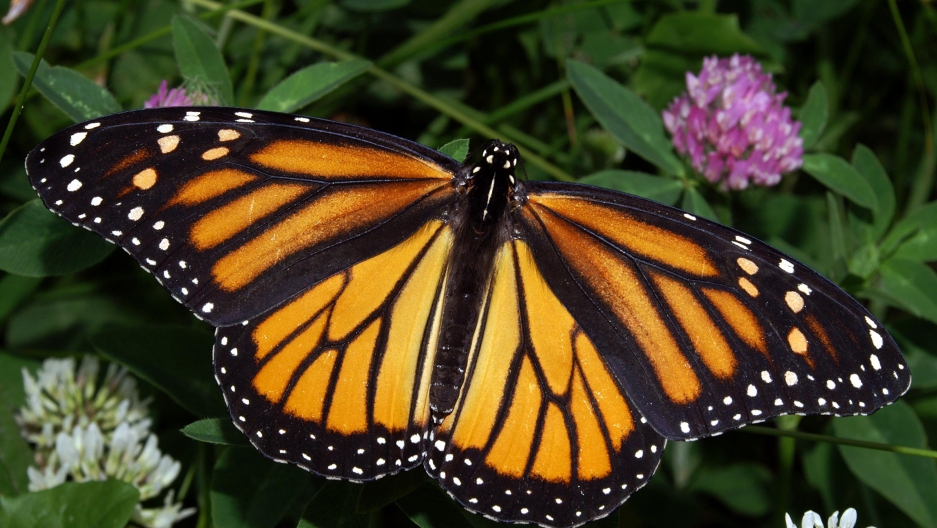 Two environmental groups have sued the US Fish and Wildlife Service in an attempt to compel it to formalize monarch butterfly protections.

In March, the Center for Biological Diversity and the Center for Food Safety filed suit against the government agency for failing to protect monarchs under the Endangered Species Act, and to force the agency to set a date to address the matter.

Back in 2014, the two groups had petitioned the agency to list monarchs as threatened under the Endangered Species Act and the agency agreed to launch a review. These reviews are supposed to take 12 months to decide. But 2015 came and went without a decision. So now the environmental groups are suing.

There is good reason for concern about the monarch. The number of monarchs has declined more than 80 percent from the 20-year average, according to Tierra Curry, a senior scientist at the Center for Biological Diversity.

“Back in the mid 1990s there were nearly a billion monarchs,” Curry says. “In the last two years, the population sizes have been the two smallest ever recorded.”

And Curry says these populations could easily be wiped out. In 2002, one winter storm killed more monarchs than even exist today.

“Because they all go to the mountains of Mexico for the winter and they cluster on these trees in this small area, they’re incredibly vulnerable to bad weather,” she explains. “This year in particular, with El Niño, they’re threatened by severe storms and by drought.”

Curry says the environmental groups want a legally binding date from the Fish and Wildlife Service for when they will make a decision whether or not to protect the monarch under the Endangered Species Act.

Georgia Parham, a spokesperson for the U.S. Fish and Wildlife Service, says monarchs are one of about 500 petitions being reviewed for Endangered Species Act listing. The process can take a while, but that doesn’t mean nothing is being done.

“A species doesn’t have to be actually listed for other federal agencies to start looking at it and planning for conservation,” Parham says. “And with species like the monarch, we’re out ahead of that.”

Parham says monarchs already get a lot of attention, in part because people miss seeing this once-common beauty in their backyards, and also because President Barack Obama prioritized monarchs in his federal pollinator strategy. The US government is working with Mexico, Canada, US states and private landowners to rebuild habitat and plant milkweed, the only food Monarch caterpillars eat.

But the task is daunting. Tens of millions of acres of habitat must be restored according to Chip Taylor, an insect ecologist at the University of Kansas, and the director of Monarch Watch, a non-profit group working to help monarch recovery.

“The federal government does not have enough federal land in the Midwest, even in the upper Midwest, to provide enough habitat that would improve monarch butterfly numbers,” Taylor says. So state and federal governments need private landowners to get on board and to work with them.

That presents a challenge, because some of the monarch’s most important regions lie within conservative areas of the country — Kansas, Oklahoma and Texas, for example — that disdain government regulation. Taylor thinks listing monarchs under the Endangered Species Act, the sort of top down approach disliked by conservative states, would be counter-productive.

“I think what we would see here is that milkweed would disappear overnight,” Taylor says. “Nobody would want to have it on his landscape, simply because this would mean regulation — and people don’t want regulation.”

But Curry, at the Center for Biological Diversity, wants a legally binding agreement protecting monarchs before a new president takes over in Washington.

“It’s possible that the next administration might not prioritize endangered species at all,” she says. “And at that point, it’s really important to have a legally binding date for this decision or the decision could get put off forever.”

This story is based on a report by Julie Grant of the Allegheny Front. The report aired on PRI’s Living on Earth with Steve Curwood.