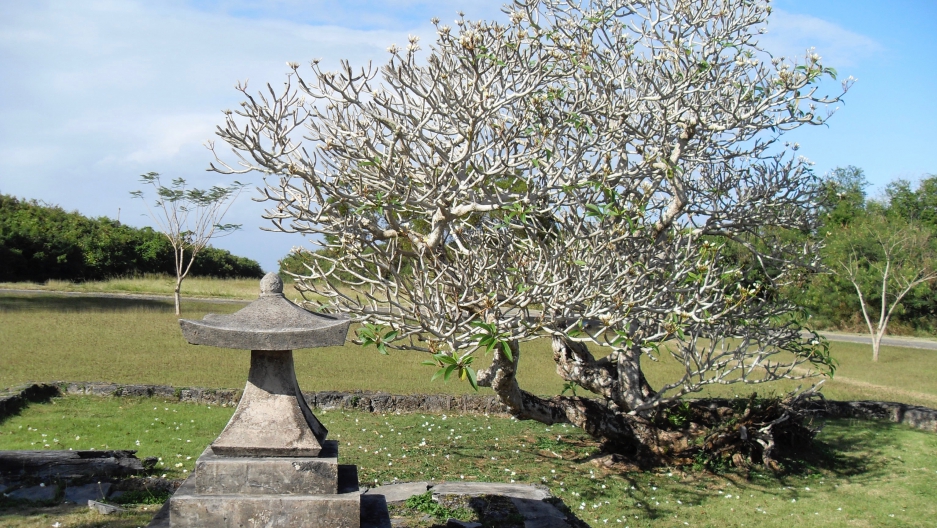 Memorial on Tinian island, near Saipan, where US planes took off to drop nuclear bombs on Hiroshima and Nagasaki in August 1945.

“The past is never dead, it’s not even past.” William Faulkner wrote it, President Barack Obama quoted it in his 2008 speech on race, and now, on May 27, in making the first trip ever by a US president to Hiroshima, he is facing history in a way critics call a show of weakness and supporters call inspiring moral leadership.

More than 70 years have passed since the US dropped the first nuclear bomb ever deployed as an act of war, on the civilian population of Hiroshima. 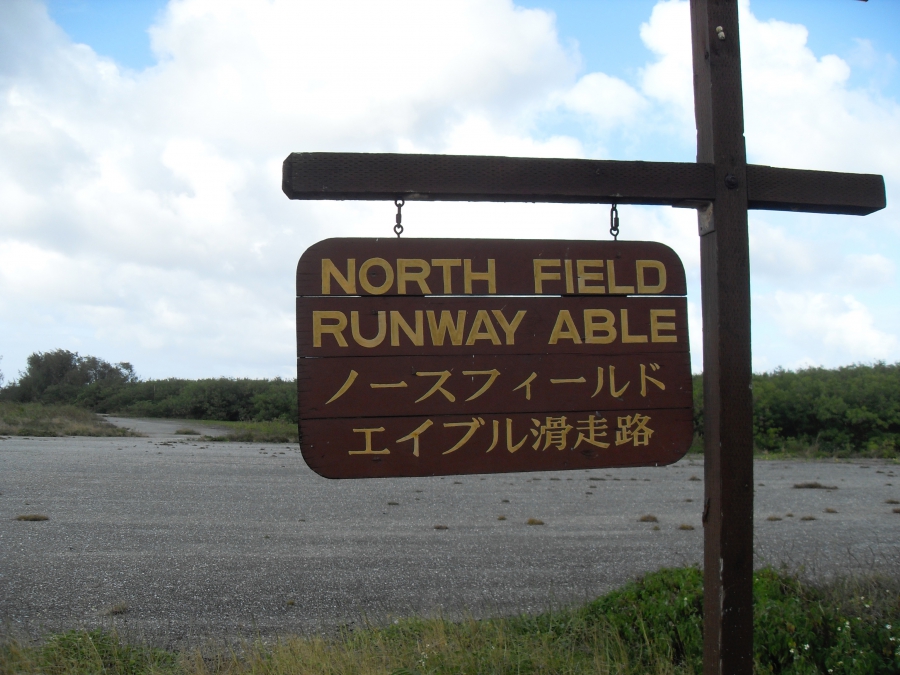 Runway on Tinian island, near Saipan, where the Enola Gay took off to drop a nuclear bomb on the Japanese city Hiroshima on Aug. 6, 1945.

It was August 6, 1945. Nazi Germany had surrendered three months earlier, and with Americans weary of war, President Truman ordered the dropping of a nuclear bomb called Little Boy on Hiroshima, and three days later, a second bomb, Fat Man, on Nagasaki. Japan’s surrender followed in less than a week. Americans celebrated victory, and the Japanese absorbed the shock of two destroyed cities, and hundreds of thousands of destroyed lives.

The seven-year American occupation of Japan followed, and the two former enemies eventually became allies. But they never entirely squared their separate understandings of what had happened between them.

“I admire President Obama’s political courage to go to Hiroshima,” said Yoichi Funabashi, one of Japan’s most respected journalists, former Asahi Shimbun newspaper, and founder of the “Rebuild Japan Initiative Foundation, at a recent talk at Stanford University. “Too often, we have seen governments, any governments, too willing to whitewash their pasts, unwilling to face up to inconvenient truths.”

Funabashi said some right-wingers in Japan were less than enthusiastic about the prospect of President Obama visiting Hiroshima, because it may put pressure on Japan’s prime minister to visit Pearl Harbor.

“I'm all for putting that kind of pressure on Japanese leadership because they too have to confront the past,” says Dan Sneider, who works on the “Divided Memories and Reconciliation” project at Stanford’s Walter H. Shorenstein Asia-Pacific Research Center and who, with Gi-Wook Shin, cowrote the book Divergent Memories: Opinion Leaders and the Asia Pacific War, a comparative study of how historical memory about the wartime period has been formed in Japan, China, Korea and the United States.  “The whole problem about the war is that it doesn’t go away, not in Asia and frankly not in Europe either. And Americans have a difficulty dealing with some of the issues of the war as well. We've tended to bury some of these things.” 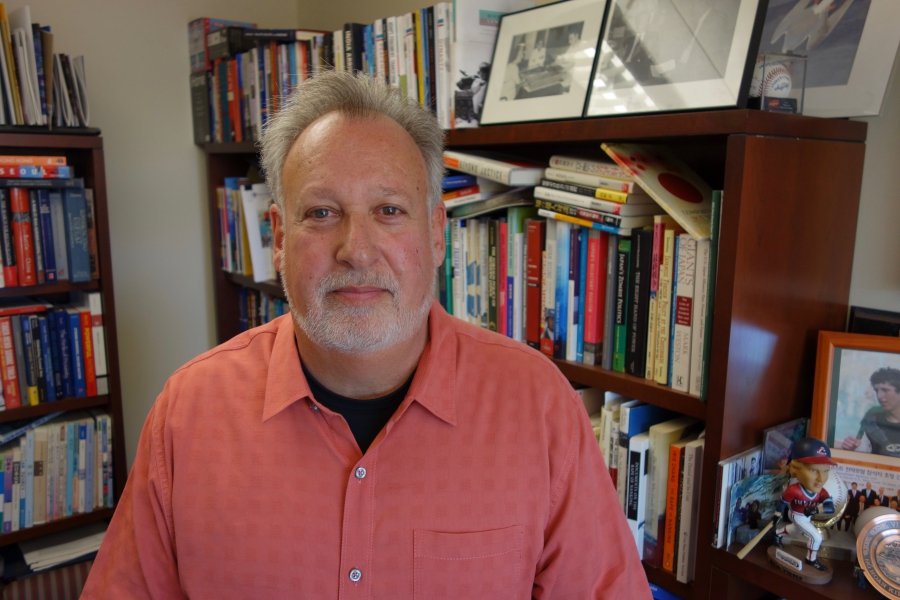 Sneider says the Pacific part of World War II was “an uncomfortable war” for Americans, brutal, with a racist element on both sides, and without the clear ‘white hats/black hats’ morality tale of fighting the Nazis.

Japan’s expansion into East Asia was, after all, in keeping with what other rising powers had done over the previous two centuries.  It’s just that those powers had been Western, and they couldn’t believe the audacity of an Asian power trying to claim colonies of its own, especially when it started trying to wrestle European (Indochina, Malaya, Dutch East Indies) and US (the Philippines) colonies away from the incumbent powers, calling it a liberation of Asia by Asians.

Few Asians who were colonized or occupied by Japan have warm, fuzzy feelings about that era. Japanese chauvinism and brutality left their own scars, and caused millions of deaths — 20 million in China alone, over 14 years of partial Japanese occupation.

Japan has, in the 70 years since, poured aid and investment into countries it once attacked and occupied. Positive feelings about Japan abound in much of Asia, though not so much in official circles in China, where a policy of reminding Chinese about Japanese atrocities three generations ago has become a core part of the “patriotic education campaign," designed to ignite nationalistic fervor and support for the Communist Party’s efforts to restore China to its rightful place — as regional and, preferably, world leader. China’s leaders recognize the power of shaping memory in service to that greater national project. 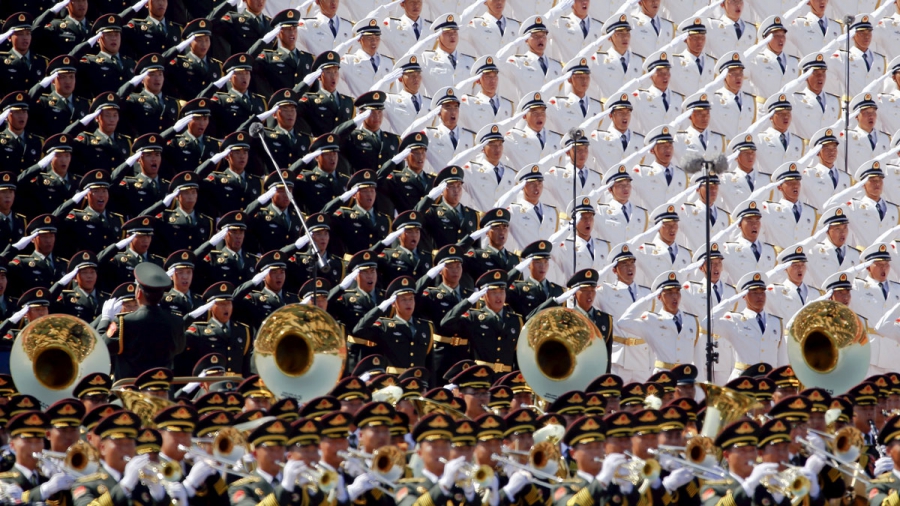 Military band sing and salute at the Tiananmen Square at the beginning of the military parade marking the 70th anniversary of the end of World War II, in Beijing, China, September 3, 2015.

And that is one reason, Sneider says, why Japanese Prime Minister Shinzo Abe is not keen to be pressured to start an apology tour of his own.

“Abe is very much in that sort of historical revisionist camp himself, personally because Conservatives in Japan of that type reject the idea that Japan was an aggressor. Which of course was a judgment of the Tokyo war crimes tribunal but in their view that was victor's justice. So to go to Pearl Harbor is to sort of acknowledge Japan's status as an aggressor."

“But then, there’s also the question of, would you then be willing to go to China, go to Nanjing, to acknowledge the massacre at Nanjing, and go to Korea — apologize directly to Korean women who [were] dragooned into brothels by the Japanese Imperial Army?”

Japanese leaders have, over time, acknowledged the past, and expressed ‘deep remorse,’ even apology. But the apology has never been deep enough, or self-abasing enough, for China’s leaders to be willing to turn the page. And that is, in part, because the past is not only not present, it’s also political.

“China certainly has ambitions to be the dominant power in East Asia,” Sneider says. “And principally, the axis of that ambition is the Sino-Japanese rivalry. And, we’re at a moment in history when the two greatest nations in East Asia are simultaneously very powerful countries – one may be on the rise, the other may be somewhat stagnant, but still powerful. And that's never happened before in the whole history of Asia. It's always been one ascendant and one in steep decline, China many centuries ago, and Japan since the 19th century. And now we have them both at the same time. And unquestionably, the wartime period is essential to the formation of national identity in all of these countries.”

Japan has taken a lot of flak from China over the past decade in particular, for lack of sufficient self-reflection about its wartime past. Waves of demonstrations in China have criticized Japanese textbooks, and Japanese territorial claims.  In the midst of this, it’s worth noting that the Chinese Communist Party is responsible for about twice as many deaths as what Japan caused during its occupation of China, and China’s leaders have shown little interest in self-reflection, apology or, in many cases, even acknowledging what happened. Even within China, discussion of past upheavals is censored, and those who dare to speak out are often silenced.

In Japan, by contrast, Sneider says, there is an active dialogue and debate about Japan’s wartime past, and how it should shape Japan’s understanding of itself, now and in the future. 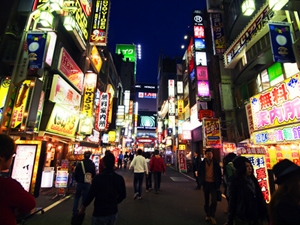 “Japan is an open society, a democratic society with a vibrant civil society, and huge debate,” Sneider says. “It's just that a lot of it is not visible from the outside. It's conducted in Japanese, which most people can’t understand. And Japanese aren't particularly interested in explaining what they're talking about and thinking about. They're still fighting about this stuff within their own society and they probably will for a long time. 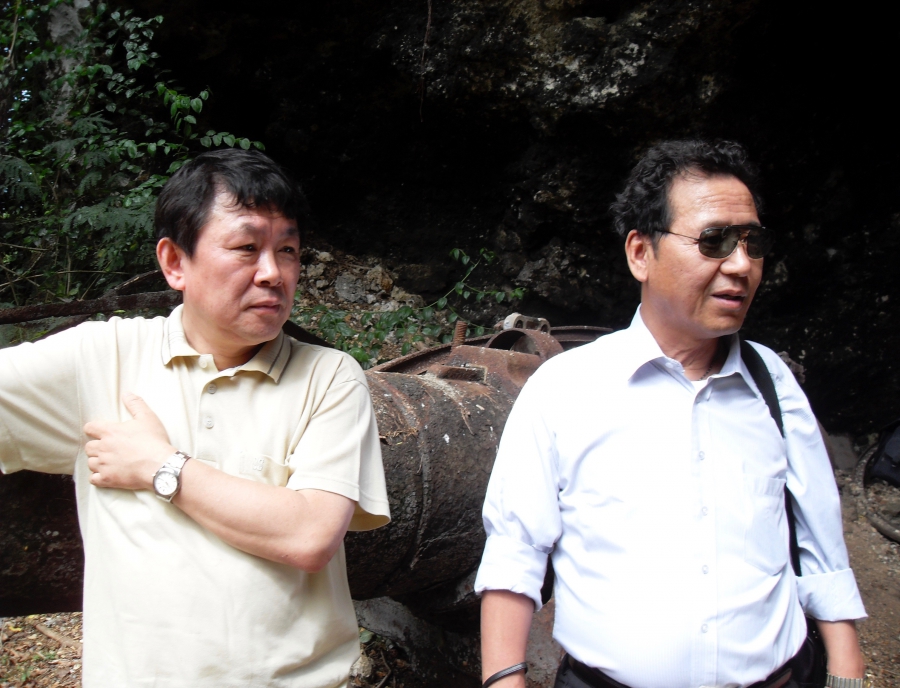 Japanese visitors to Tinian, the Pacific island where the Enola Gay military plane took off to drop a nuclear bomb on Hiroshima

In the midst of that, President Obama’s visit will, Sneider thinks, be “extremely well received.”

“Japanese and Americans have in some ways of course fundamentally achieved reconciliation after the war,” he says. “But it was a reconciliation without, in some ways, dealing with probably the most painful issue of the war, which it was the decision to use the atomic bomb.”

Sneider lived in Tokyo as a young child in the 1950s, when American troops were still occupying central Tokyo. His dad was a US diplomat, who’d fought in Okinawa.

“At the time of the occupation of Japan from 1945 to 1952, American occupation authorities didn't allow the Japanese to even show photographs and films of the damage that was done and in the atomic bombings,” he says. “That conversation was really suppressed by the American occupiers. It only really emerges after the end of occupation, the restoration of Japanese sovereignty.”

So even though there’s been US-Japanese reconciliation of a kind, Sneider thinks there’s room for more, that there’s a difference between "thin" reconciliation, and "thick." 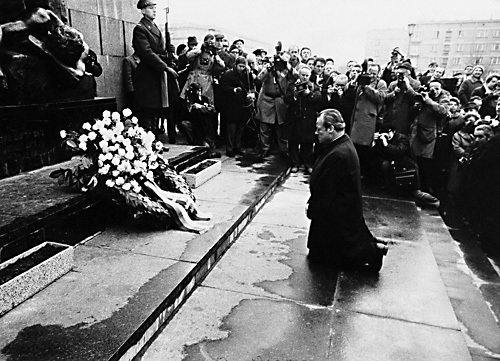 “You need the kind of dramatic gestures, visible events, that really create a kind of emotional resonance for the population at large,” he says. “The example people always point to is the famous Willy Brandt's visit to Warsaw in 1970, where Brandt apparently spontaneously went to his knees at the memorial to the Warsaw Ghetto Uprising, as a moment of contrition, of apology. That remains a very powerful image. You can see it everywhere.

“I am anticipating that the biggest impact of President Obama's visit to Hiroshima will not be the statement that he issues. It'll be an image of him bowing at the memorial to those whose lives were lost. I think that will probably be forever emblazoned in Japanese minds.”

For a deeper dive into how memory shapes the present and future in Japan and beyond, listen to the podcast, which goes into much more detail and includes a moving story of a Hiroshima survivor by The World's Patrick Cox. Hear and see more of Patrick's stories at pri.org/Hiroshima, and read Dan Sneider & Gi-Wook Shin’s upcoming book “Divergent Memories: Opinion Leaders and the Asia-Pacific War.”