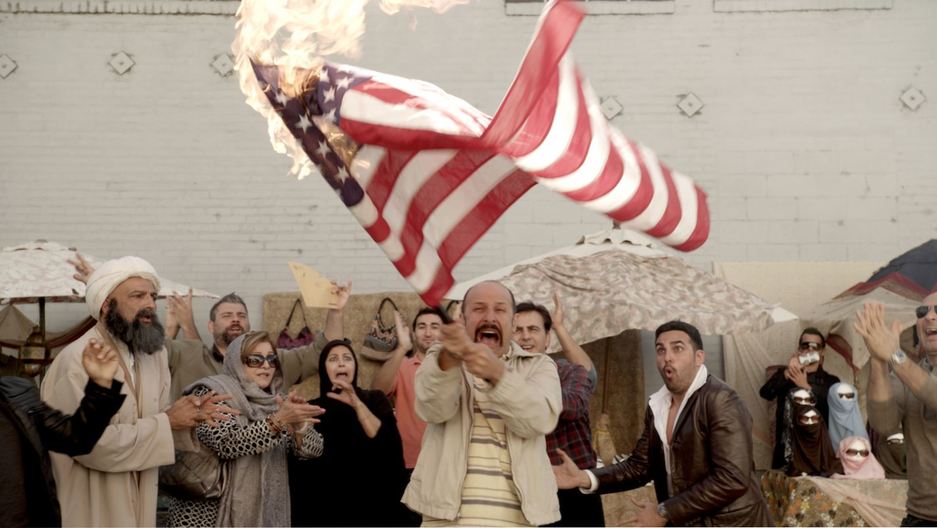 Maz Jobrani's character Jimmy Vestwood, an Iranian, panics when during a party to celebrate his winning a Green Card Lottery visa to the United State, his American flag is accidentally set on fire from a cigarette butt flicked into his yard by a neighbor.

Maz Jobrani's comedy career has been successful in part because he's been able to turn all the stereotypes and misunderstandings he's endured as an Iranian immigrant into great material. Now he's upended the stereotypes again in his new film: "Jimmy Vestvood: Amerikan Hero." 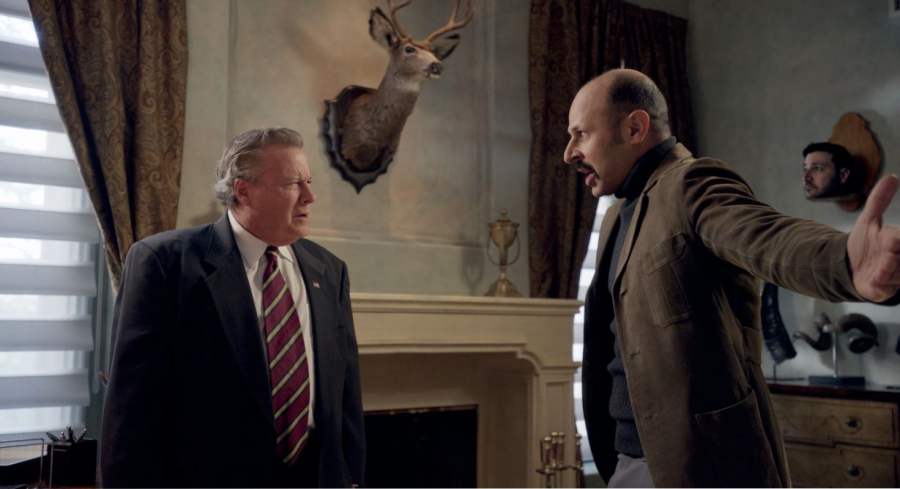 "It's a silly comedy." Jobrani says. "I call it the Persian Pink Panther meets Borat."

The plot is typical pratfall comedy: An Iranian wins the Green Card Lottery to come to America. He wants to be cop because he's a big fan of Steve McQueen in "Bullitt." But once he gets to LA, the only job he can find is working as a security guard at a Persian grocery. From there he somehow finds himself embroiled in a plot to start World War III and he's got to save the world.

The tag line is: Heroes are not born. They're imported.

"It's making fun of the stereotypes," Jobrani explains, "because as an Iranian American actor I've found that a lot of the parts that are out there are terrorist parts or villain parts, so this is turning that on its head. It's having a hero rather than a villain who happens to be of Middle Eastern descent."

Extra: Watch Jobrani's take on what life would be like for him under a Donald Trump presidency.

Earlier in Jobrani's acting career, he got a few roles where he played the generic bad guy from the Middle East. He referenced that in the title of his 2015 memoir, "I'm Not a Terrorist, But I've Played One on TV," and played it up on the book's cover. "Really I was making fun of how Hollywood mixes us up altogether," he explains.

Before the book came out, Jobrani posted an image of that cover on his Facebook page. Then the comments started rolling in — and they weren't from the usual suspects.

"Before the book even came out, an Iranian lady wrote me on Facebook and said: 'Why are you wearing Arab headgear on the cover of your book? We are not Arab. We are Persian!'" Jobrani recalls. He responded to her, saying that was the whole point: to make fun of how Hollywood treated Middle Eastern actors. The woman wrote back: "But we are not even terrorists!" Jobrani answered by pointing out the title of the book: "I said, the book clearly states, 'I am not a terrorist but I've played one on TV.' And this discussion went back and forth for a while." Finally, she relented.

Then Jobrani heard from an Arab man who complained about the cover: "Why are you wearing Arab headgear? You're not Arab. You're Persian!" Jobrani wrote back: "Listen, there's this Persian lady I'd like you to meet. You guys would be perfect for each other because you're both literally judging a book by its cover, you idiots!" 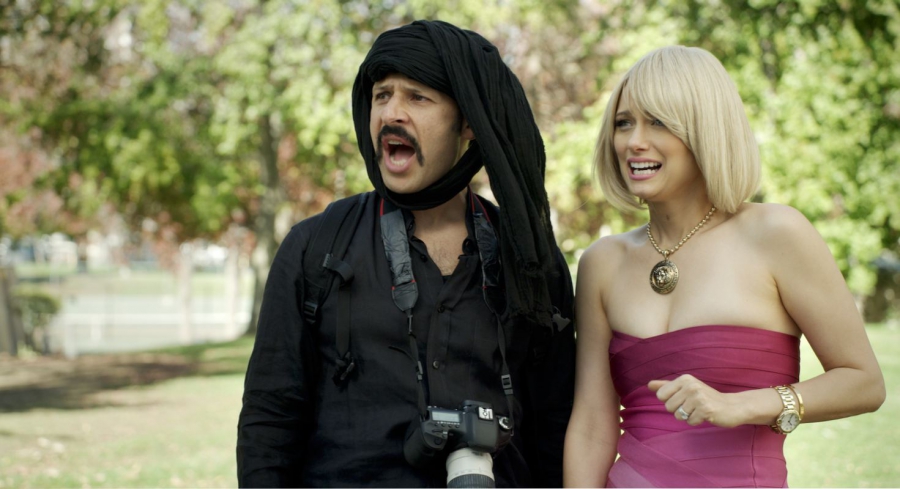 In "Jimmy Vestvood: Amerikan Hero," Jobrani's character aspires to be a classic American stereotype. When he meets a blonde bombshell played by Deanna Russo, he tells her, "My name is Vestvood, Jimmy Vestvood. Like Clint Eastwood, but Vestvood."

Jobrani himself would love to take on the role of film archetypes like James Bond.

Jobrani used to spend time correcting Americans' misunderstandings about his Iranian heritage — explaining the difference between being Persian and being Arab, for example. Nowadays, not so much.

"I used to distinguish it a lot more," he says, "but now I'm kind of at this point that, as long as people are paying attention ... "

Americans seemed to know very little about Iran until recently, Jobrani says: "Now we've got the nuclear deal. Seems like things are looking up. The sanctions are being lifted. Maybe more pistachios and Persian rugs." 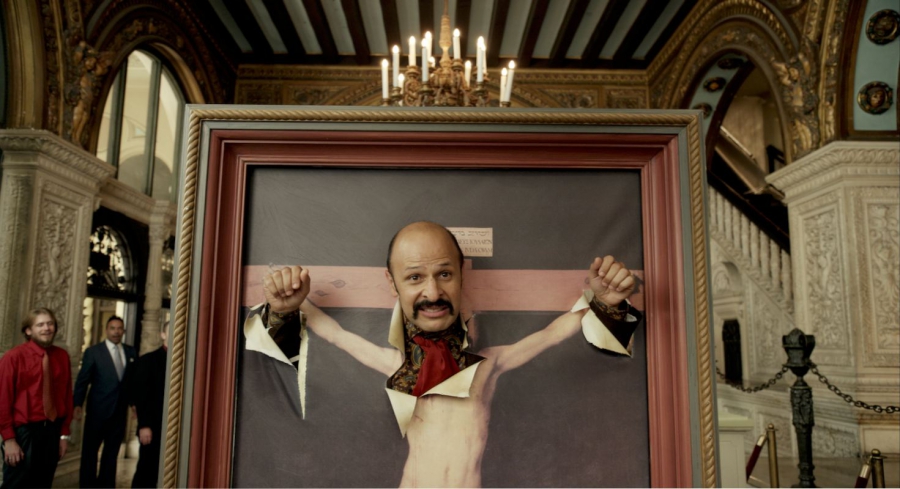 Jobrani has been heartened by the response to Jimmy Vestvood in places like Washington DC and Los Angeles, especially by fellow Iranian-Americans.

"I really feel that the Iranian community, and I think Middle Easterners, are sick of being depicted the way they are in film and in television," he says.

So Jimmy Vestvood may not be Clint Eastwood, but he's a hero, and he's their hero.