When you’re new to the US, especially after leaving war and extreme poverty, adjusting to a new life can be tough.

One trend to help young immigrant students is to create a separate space for them — a high school within a high school. So far, there are about two dozen setups like this in the US, and the latest is in Maryland. But there’s controversy: some critics say these so-called “international” high schools are a form of segregation. 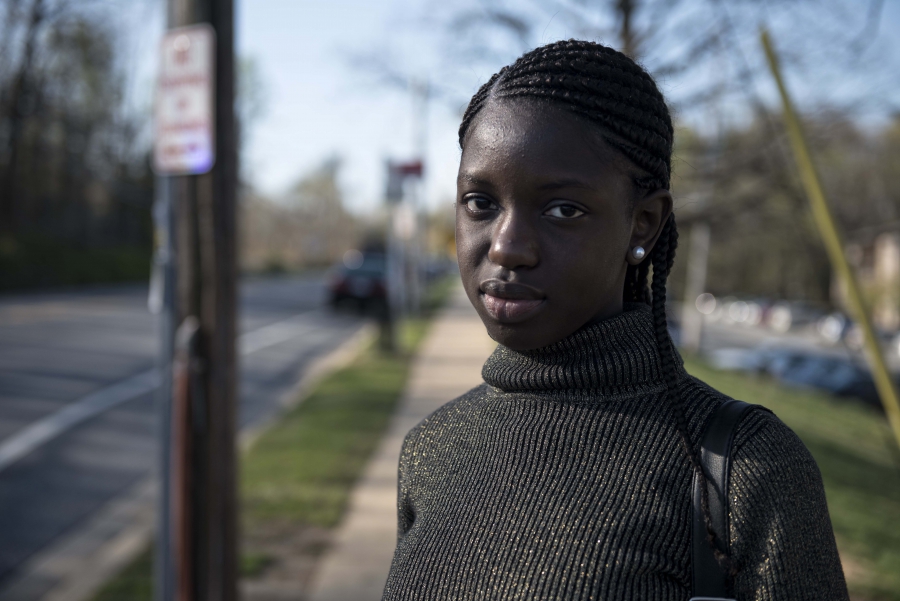 It’s 8:30 a.m. and Khatoum Faye is walking to the bus in Lanham, Maryland, listening to Senegalese music through her headphones. Khatoum moved to the US from Senegal two years ago with her family. Now, she’s one of 100 freshmen at International High School at Largo, a new English-language immersion school created for kids like her, new immigrants in Maryland.

Faye's school is actually within a much bigger, traditional high school that’s over 90 percent African American. But their classes and sports clubs are separate, their lunches are separate.

Faye likes it that way.

“We don’t get bullied and they don’t laugh at the way you speak,” Faye says. She adds that students from the main school stare at her when she’s in the halls, like she’s different. It makes her uncomfortable.

“It just makes me feel like they didn’t want us here,” says Suzamaelle Andre, a 14-year-old from Haiti, and a friend of Faye's. She also feels more comfortable being separated from the US-born students. “Having the two schools mixed together wouldn’t be a good thing for us.”

Bob Ross disagrees. He heads the Prince George’s County chapter of the National Association for the Advancement of Colored People, and says keeping the schools apart is segregation and goes against Brown v. Board of Education.

“Somebody still has to speak up for the African American community,” Ross says. “So I do that, and I don’t apologize for it.”

Research backs him up, showing students in racially diverse schools are more likely to thrive and have interracial friendships. Ross says the two schools should be integrated. “Anything can work if you put the right framework into it. It just takes time,” Ross says.

But International High School principal Alison Hanks-Sloan believes the separate schools have a partnership that is working well. She says new immigrants need a separate space: Today, one-third of English-language learners drop out of high school.

“That’s true in Maryland, and that’s true in the United States,” Hanks-Sloan says. She adds that her school tries to battle dropout rates with intensive English as a second language (ESL) programs and steady counseling. 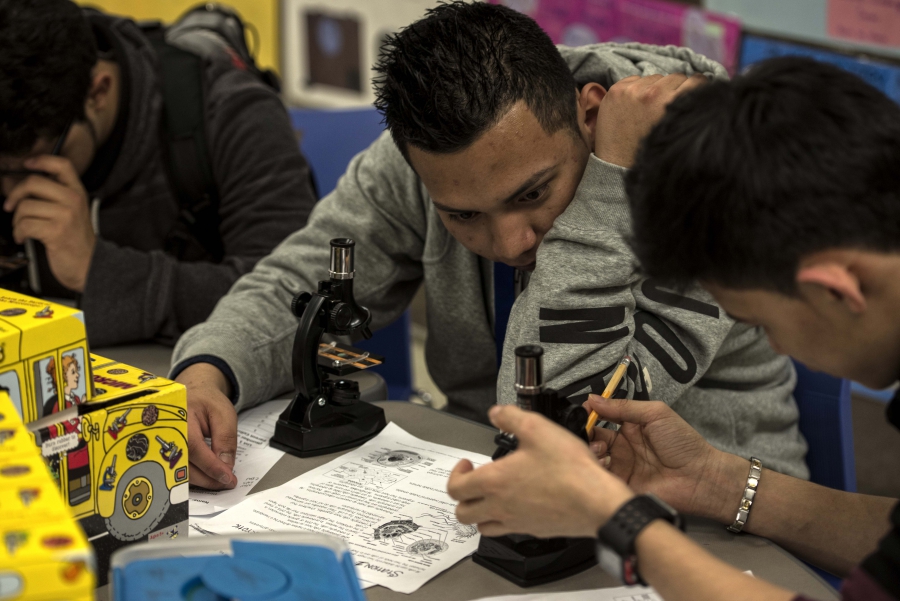 Take the case of David Ortega, a freshman at the school. He’s from El Salvador and nearly dropped out this year.

He migrated to Maryland alone last year, but the pressure he feels from his parents back home to drop out of school and work full-time instead is constant. Recently, he says, they called him and said they needed money to buy his sister clothes. He said, "I am studying, sorry, I am in high school. I’m not working.”

His parents didn’t like that answer. “They are like, ‘You’re in the United States, you need to work,'" he says. "So that’s the big problem in my life."

Cassandra Ballinger, the international school’s social worker, gave Ortega support. “What he said to me is, ‘Can you please convince me to not drop out of high school? I need for you to help me understand why I need to stay, because nobody else in my family has a high school diploma.’”

Ballinger gave Ortega a chart showing how he’d make more money with a high school degree. “He sees the possibilities,” Ballinger says. “He basically wants a little piece of the American dream.”

Ortega says that conversation convinced him to stay in school. “I like to study because that way I can have the opportunity to be somebody," he says. "My most goal is have a good job. That’s my goal.”

He also likes his small school, but wouldn’t mind it if the two schools were mixed — so long as he keeps getting the extra support. Without it, he might not be in school today.