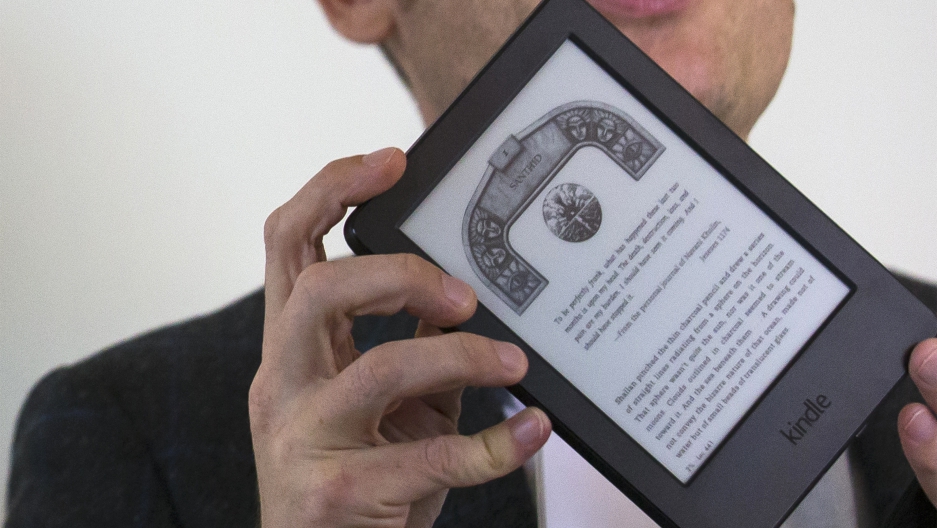 A journalist shows the new Kindle Voyage during a launch event in New York September 17, 2014.

When Amazon introduced its first Kindle back in 2007, it raved about the e-reader’s “crisp, high-resolution electronic paper display that looks and reads like real paper, even in bright sunlight.”

The tablet did not use the LCD screens that most consumers saw on their laptops or TVs. “It reflects light like ordinary paper and uses no backlight, eliminating the eyestrain and glare associated with other electronic displays, such as computer monitors or PDA screens,” Amazon boasted. 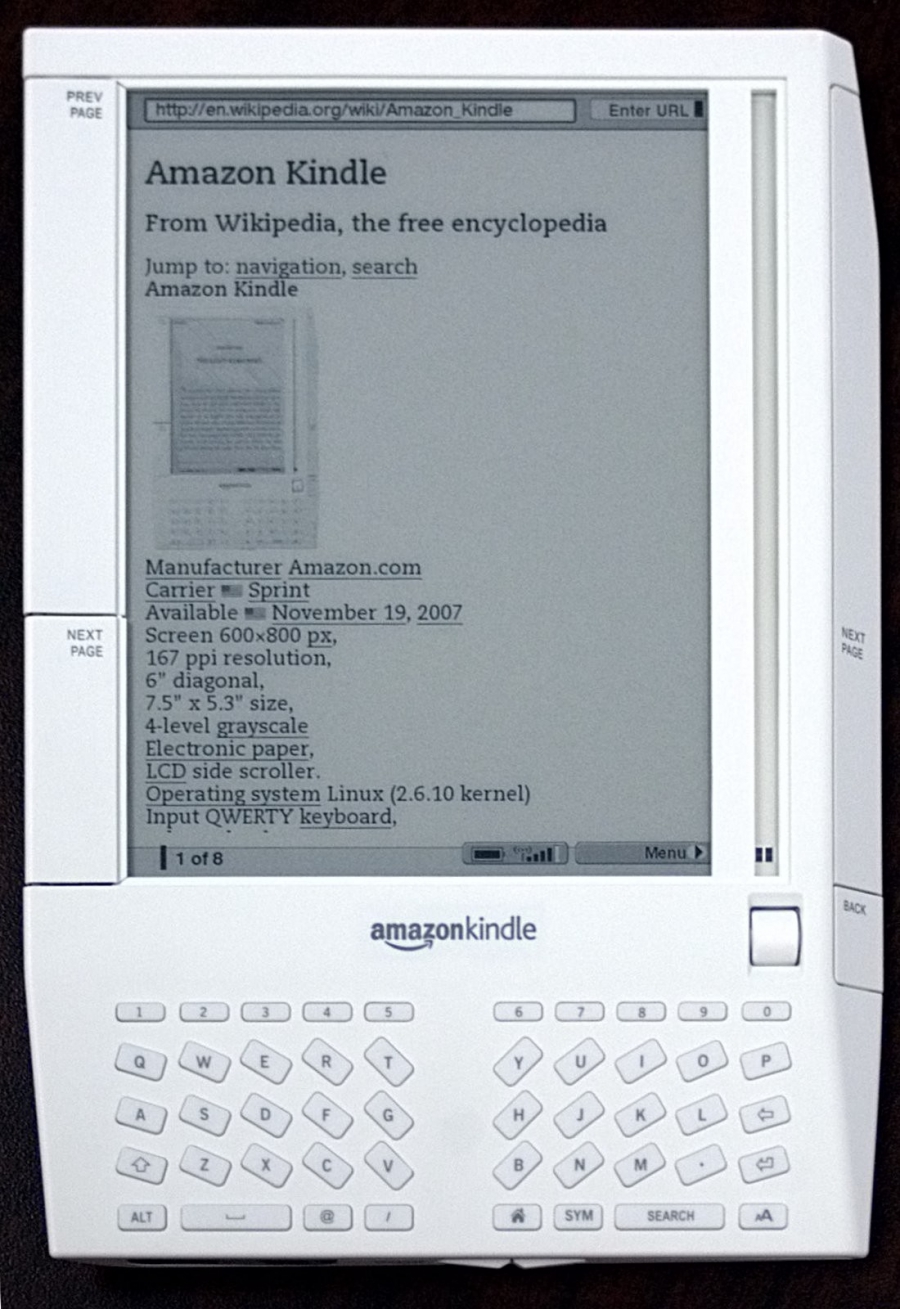 The first generation of the Amazon Kindle, which uses electronic ink technology.

That first-generation Kindle used a technology called microencapsulated electrophoretic display, colloquially known as electronic ink, or e-ink. Amazon has since sold millions of Kindles, and the concept of e-reading has become ubiquitous. But back in the mid-1990s, creating an electronic book was a “dream,” according to Barrett Comiskey.

That was when Comiskey, then an undergraduate at MIT, and his classmate JD Albert were recruited by MIT Media Lab professor Joseph Jacobson to create a technology that mimicked pages in a book. Jacobson envisioned a screen that wouldn’t give off light, and that you could tilt while still being able to see the text. He also wanted to make something that required little power to use — just like a real book.

A common type of screen technology resembles a sandwich, with two sheets of glass as the bread — one on top, one on the bottom — and liquid crystals as the sandwich filling. The team wondered if they could instead fill the sandwich with microcapsules — each one smaller than the width of a human hair — containing positively charged white particles and negatively charged black particles suspended in oil.

“What you end up with is salt and pepper inside a microcapsule — and a way to separate them [is] with an applied electric field,” which brings the particles of the corresponding charge up to the top of the capsule, making them visible through the top sheet, explained Comiskey in an email. The black particles — consisting of carbon black — make up the “ink,” while the white particles — consisting of titanium dioxide — serve as the “paper.” (See an animation here.)

In the early stages of their research, however, the team was met with doubt from experts in materials science and chemical engineering. “They told us that putting black and white oppositely charged particles inside a single microcapsule just couldn’t be done,” Comiskey wrote. But he and Albert persevered, learning the basics of microencapsulation and making microparticles to see if they could make the concept work.

“It was really true experimental discovery,” Albert says. “We had ideas, we were doing a lot of research, reading a lot of patents — many of which were expired patents — recreating experiments and really, truly forging ahead to make this thing work. It involved a lot of prototypes, and it involved a huge amount of failed experiments.”

The moment of truth came in a windowless basement laboratory in 1997. “JD and I put a microcapsule in between two copper electrodes on a slide, put it under a microscope, and for the first time, against conventional wisdom, proved that you could move a particle inside a microcapsule with an external electric field,” Comiskey wrote. “This is something that we’d been told was impossible by the world’s most experienced chemists and materials scientists. When we finally realized what we had drawn on whiteboards and in notebooks for years — and which we’d been repeatedly told was impossible — we danced.”

Upon graduating, Albert and Comiskey, along with Jacobson and other shareholders, formed E Ink Corporation to continue improving their technology and prepare it for the market. The first official e-reader to use e-ink was a Japanese product from Sony in 2004, but the technology finally saw wide commercial success with the debut of the Kindle — about a decade after the team first developed the concept. (The technology would later be used in other e-readers as well, including early versions of Barnes and Noble’s Nook.)

“I still smile whenever I sit next to somebody on a plane or a train and see them reading a Kindle,” Comiskey wrote.

Both Albert and Comiskey have since left E Ink Corporation. Albert, Comiskey and Jacobson were inducted into the National Inventors Hall of Fame this month for creating e-ink.