A Lebanese election official counts ballots during Beirut's municipal elections on May 8, 2016.

Elections in Lebanon rarely elicit the same anticipation as they do elsewhere in the world; municipal elections — even less so.

But this month in Beirut, something unexpected happened. The established political parties that have ruled the country, and its capital city, since the end of the civil war in 1990 faced a serious challenge from a months-old coalition of independent technocrats and civil society activists.

In the political order that emerged after Beirut's 15-year-long conflict, warlords became politicians, militias became parties. As a result, the sectarian divides that laid the foundation for the war have continued long after the guns fell silent.

Today, leaders protect their position through a patronage system that ensures voters don't stray from their sect — including various Christian and Sunni and Shiite Muslim groups — and power is passed down through the family. In this environment, corruption has flourished, incompetence has gone unpunished, and a feeling of helplessness pervades among those who want to see the old guard upended.

The government's dysfunction was clear for all to see last summer, when garbage piled up in the streets due to an easily foreseeable, and solvable, waste management crisis. Thousands came to the streets to protest in one of the largest displays of non-sectarian discontent in recent years, with many blaming the crisis on corruption.

A scavenger sifts through garbage piled on the bank of Beirut river, Lebanon, on Aug. 24, 2015.
Credit:

A new group calling itself Beirut Madinati, Arabic for "Beirut, My City," harnessed that momentum to challenge the status quo in the May 8 city elections. Due to a winner-takes-all system, they didn’t win any seats. But the list of candidates beat expectations by taking 40 percent of the vote. That's a remarkable feat considering it was up against an alliance of almost every major political party, a powerful force headed by Lebanon’s former Prime Minister Saad Hariri.

The establishment responded to the challenge to its power by doubling down, warning voters that to choose any candidate outside the mainstream threatened the sectarian balance of the city.

The candidates Beirut Madinati fielded were politically unaffiliated, among them architects, urban planners, artists and activists. They focused on local, practical issues, like transportation, more public spaces, and improving electricity in a capital where power cuts out an average of three hours a day.

Farah Kobeissy, one of those candidates, saw the events of last summer as an opportunity.

“People were seething at that moment,” Kobeissy says. “For the first time we had thousands of people on the street protesting — not only because of the garbage — but an accumulation of all the economic and social conditions. People were talking housing, electricity, water, all of this.”

The protesters of last summer called themselves the "You Stink" movement — a slogan aimed at the politicians deemed responsible for the crisis.

“This election was an opportunity to build on that momentum. And also an opportunity to go on to the streets and in the neighborhoods and get to know people and build networks — discuss with them their problems and know what they want.”

Beirut Madinati is not the only group looking to shake things up. The Citizens Within a State list, led by former Labor Minister Charbel Nahas, also campaigned on a progressive platform of reform. It won several thousand votes in Beirut, and plans to field candidates in upcoming municipal elections across the country.

While the success of these two young movements cannot be discounted, whether they can transform anger over a set of problems into something that challenges a deeply entrenched governance system nationwide remains to be seen.

Some analysts see this new way of doing politics in Lebanon as a game-changer. Rami Khouri, a senior public policy fellow in the Issam Fares Institute at the American University of Beirut, described Madinati’s success as “an important breakthrough for a new kind of Arab political action.”

“The unexpectedly strong showing by the technocratic and social activist challengers is a powerful message that politics may be changing in ways that were never experienced in Arab countries before — community-based, issue-driven, citizen-focused demands delivered by gender-equitable slates of younger candidates,” he wrote following the elections.

Beirut Madinati and other reform campaigns have reasons to be hopeful. If government dysfunction is their galvanizing force, a look at the long list of pervasive problems facing Lebanon suggests more voters will be coming their way: There's been no president for nearly two years, parliament extended its term by four years, a solution to the garbage crisis has yet to emerge; and electricity shortages are rife, to name a few.

This election also brought in a whole new set of volunteers who hadn't participated in politics before. The candidates deployed these newbies in highly visible campaigns, to knock on doors and hold meetings in local communities — tactics rarely utilized by the established parties that could rely on their sect to vote for them.

“This political system has been in place for decades, and for decades we saw that nothing changed in Beirut. We look at images of Beirut in the '50s and '60s and we ask ourselves, where is this Beirut? We feel its going backwards,” he says.

Assaf says the impact of the campaign will have a lasting effect.

“I believe [Beirut Madinati] showed the politicians that there is a civil society that is continuously growing. It started with people going on the streets last summer. People have stood together and said no to what is happening around them, and that has been developed by Madinati. I believe they have shaken the system in that way.”

Nasri Atallah, a Beirut-based writer, also volunteered for the campaign — the first time he had ever done so.

“I think the main driver in getting involved is that there's this general feeling that Lebanon has hit rock bottom in a time of relative peace. Everyone expected that when there was a degree of stability, things would get better but they just kept getting worse,” he says.

“Winning was always a long shot, but getting 40 percent of the vote against a coalition of every major party has been so invigorating to everyone who got involved with Beirut Madinati.” 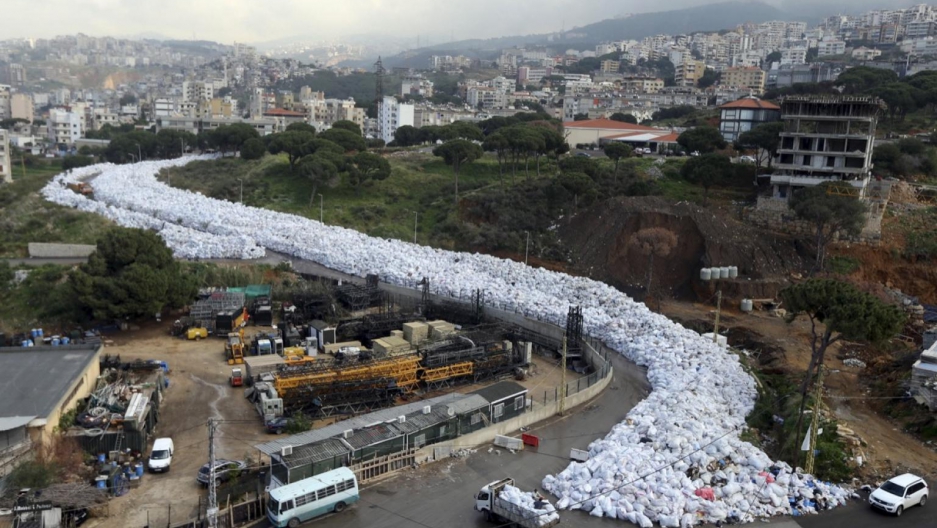 The upstart campaigns also face formidable challenges. Much of Beirut Madinati’s success can be attributed to the garbage crisis, which hit its peak last summer but keeps rearing its ugly head. Even on the back of massive protests, turnout in the May 8 city election reached just 20 percent (about as pitifully low as American local elections). If piles of burning garbage won’t bring out masses to the polls, how will new candidates score better next time?

Madinati’s organizers now are plotting their next steps.

“Maybe this campaign can inspire other people to inspire a political party. Here in Lebanon, one of our main problems in social movements is that we don’t have independent political parties that defend people’s interests across sectarian affiliations,” says former candidate Kobeissy.

But there is every indication that they are in it for the long run.

“We should think about change as a process,” Kobeissy adds. “We should create a relationship with people. We should try to organize ourselves on a local level in the neighborhood. All of this should be done before starting political parties.”