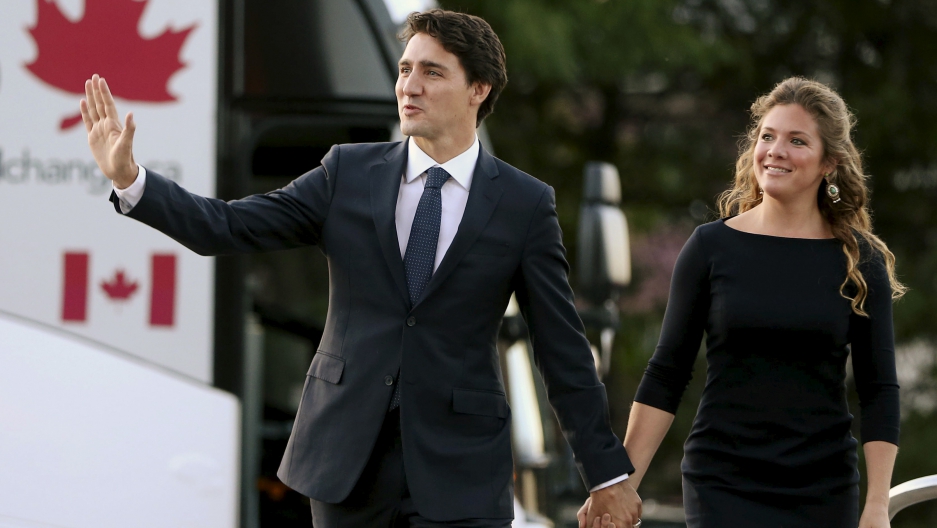 The role of "political spouse" can be a challenging one.

Canadian "first lady" Sophie Grégoire Trudeau has been in the hot seat recently for saying that she needs more help to fulfill her duties.

Last week, she told a French-language newspaper that she wanted to do more for the public, but struggled with just one staff member.

“I’d love to be everywhere but I can’t,” she told Le Soleil. “I have three children and a husband who is prime minister. I need help. I need a team to help me serve the people.”

As you might imagine, that didn't elicit a whole lot of sympathy from the Canadian public. They were generous with their mockery, though, especially on Twitter, where it was impossible to miss the sarcasm in the hashtag #PrayforSophie.

We should have a telethon to raise money to get Sophie Trudeau the help she needs. #PrayForSophie #SophieStrong pic.twitter.com/IyUJDDwUs9

Unlike US convention, in Canada there is no official role for the spouse of the prime minister, but he or she traditionally gets support in performing official activities.

Grégoire Trudeau said that she gets letters from people asking her to help with projects and charities and is forced to make difficult choices about whom she can help.

“They are a very out there, photogenic, gregarious couple and everyone wants a piece of Ms. Grégoire Trudeau,” says National Post reporter Ashley Csanady.

Csanady writes that this isn't the first time a Canadian prime minister's spouse has provoked debate over her role.

But there are also supporters who feel that she is being bullied and unfairly criticized for asking for help. Some columnists have made the case for why she should have more staff.

“It really seems to be falling pretty hard along party lines," says Csanady. "Obviously Liberal voters support their Liberal prime minister and his wife, and Conservatives are concerned about the growth of this office and of spending.”

Csanady says the Trudeaus already have help at home.

“They do have a cook, a nanny on staff already, so this is about her having office staff, not just the support staff with the family — which is part of the reason why people are so annoyed.”