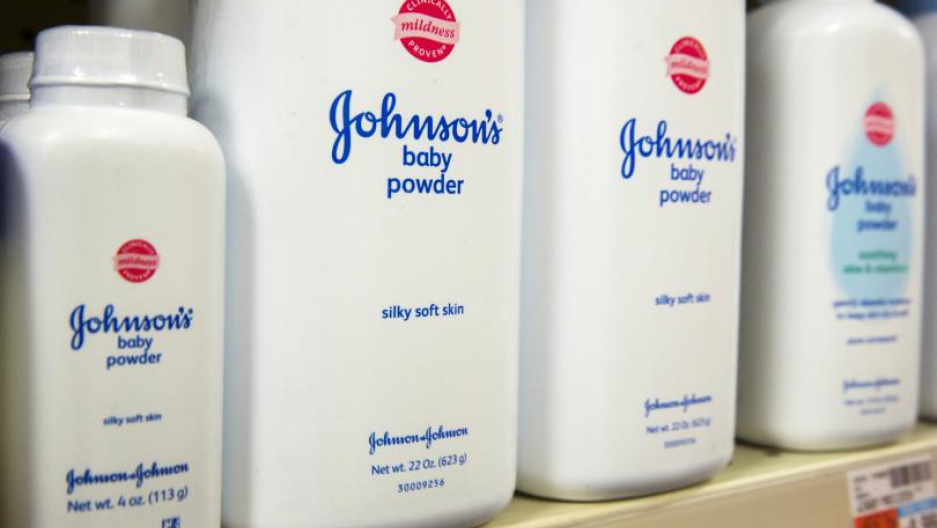 More than 1,200 women from across the country are suing pharmaceutical and cosmetics giant Johnson & Johnson for failing to warn consumers of the possible association between ovarian cancer and talc, the mineral used in the company’s iconic baby powder.

Now, two of those lawsuits have resulted in a finding of liability and an order for Johnson & Johnson to pay millions of dollars in monetary damages.

On May 1, a jury ordered the company to pay $55 million to a South Dakota woman who survived ovarian cancer. And in February, a jury ordered Johnson & Johnson to pay $72 million to the family of Jacqueline Fox, a daily user of its baby powder and talc-based Shower to Shower, who died from ovarian cancer last October. Johnson & Johnson says it plans to appeal both cases.

Ovarian cancer is not among the most common cancers for women, but it is among the most deadly, because it is often detected late. A woman’s lifetime risk of developing invasive ovarian cancer is about 1 in 75. Some studies have shown that long-term use of talc increases those odds to about 1 in 53. This is only in cases in which baby powder is used genitally, however.

The company argues that data from these studies reflect certain kinds of bias and that the statistical evidence is weak. Indeed, the scientific evidence of talc’s risk is inconsistent, even according to the American Cancer Society. On its website, the Ovarian Cancer National Alliance says this:

At the same time, notes Bloomberg reporter Susan Berfield, who has been following the legal battles, in 2005 the cancer agency of the World Health Organization found, after reviewing all of the studies, that there was a possible link. This finding is significant because it forced Johnson & Johnson's supplier to put a warning label on the talc that it sold to the company. But Johnson & Johnson felt the scientific evidence did not warrant passing on that warning to consumers.

“I think that was pretty persuasive for the jurors [in the Fox case], when they heard that,” Berfield says. “The jury was persuaded that Johnson & Johnson had been hiding something, that they knew of the risk and they were covering it up and that they were potentially endangering some of their most loyal customers.”

Johnson & Johnson was not required by law to place a warning label on their baby powder because the cosmetics industry is largely unregulated, Berfield explains.

“The Food and Drug Administration doesn't have authority over cosmetics,” she says. “That is a law that goes back to the 1930s. It’s also one that a lot of consumer groups, as well as members of Congress, are trying to update — to give the FDA more authority [and] more funding — and to require some additional safety precautions by the big cosmetics companies.”

In recent years, Johnson & Johnson has yielded to consumer concerns about chemicals, particularly in baby products, Berfield notes. For example, the company pledged to remove formaldehyde from baby shampoo and phthalates and parabens from other products.

“In those cases,” Berfield explains, “the company stated they believe those products are safe or they are using the chemicals in amounts that are safe, but they also understand that consumers have concerns and they want consumers to have peace of mind. So they agreed to remove them.”