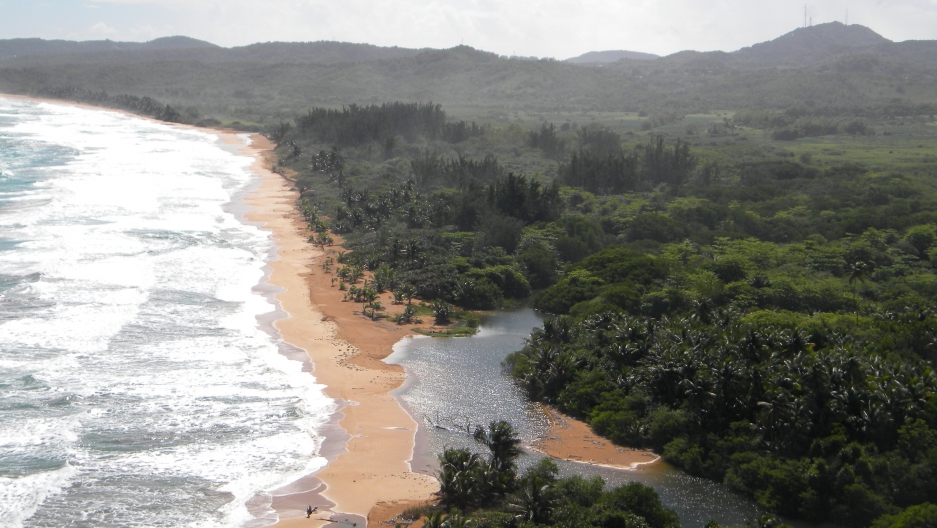 The Northeast Ecological Corridor covers 3,000 acres of prime oceanfront property on Puerto Rico's northern coast. In addition to its scenic and recreational value, it has enormous bilogical significance as a primary nesting ground for the endangered leatherback sea turtle.

Luis Jorge Rivera Herrera, an environmental scientist from Puerto Rico, has been awarded the Goldman Environmental Prize for the Islands and Island Nations for his work protecting a strip of undeveloped coast on his home island called the Northeast Ecological Corridor.

This hotspot of biodiversity is home to more than 50 at-risk species. In the late 1990s, developers proposed building two giant resorts with room for thousands of tourists. But Rivera Herrera and others rallied public opposition to the development in order to protect the region's natural resources and unique ecology.

The Northeast Ecological Corridor, an area encompassing about 3,000 acres in northeastern Puerto Rico, is best known as one of the primary nesting sites for the endangered leatherback sea turtle. The corridor is also important because of the variety of habitats it supports, including coral communities, sea grass beds, mangrove forests and even bloodwood swamps, a type of wetland in Puerto Rico that is under threat from development. 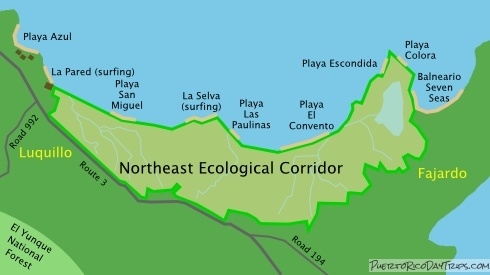 For Rivera Herrera, what makes the corridor really important is its proximity to the El Yunque rainforest, which, like the corridor, is managed by the US Forest Service.

“Within a very limited space that runs approximately 30 miles inland, you can find all six life zones that are in Puerto Rico,” Rivera Herrera says. “In the corridor, you can find coastal dry forest on one end and tropical mountainous rainforest on the other.”

To put that into perspective, Rivera Herrera notes, if you wanted to see six life zones on the US mainland, you would have to travel hundreds, if not thousands, of miles. “[But] on that corner of the island, by just traveling 30 miles, you can see all that biodiversity,” he says.

Rivera Herrera says he began his campaign by trying to bring the public's attention to the ecological value of the corridor, with limited success. “Some people sympathized with the need to protect such an extraordinary natural area,” he explains.

It took a far more personal approach to get people to pay attention. “We had to confront people and make them aware of the impacts that the resorts would have had on their daily lives.”

Several developers were asking the government to exempt them from providing public access to the beaches in Luquillo and Fajardo. That didn’t sit well with too many people once they found out, Rivera Herrera says. “As islanders, we feel a really big connection with our coastal resources.”

The resorts would also have had a negative impact on the public water supply. “In the early 2000s, many communities had bad or deficient public water,” Rivera Herrera explains. “So you can imagine what would have happened if over 4,000 hotel rooms and villas would have been built in the same area where many communities were already lacking water.”

Gaining the support of the people of Puerto Rico made all the difference, Rivera Herrera says.

“We were trying to convince the government that building those two resorts was a bad idea, but that didn't work out,” he says. “We went into courts, and that helped us gain momentum and time in order to promote more citizen participation and attention to the protection of the corridor.”

But the game-changer was the celebration of a festival that Rivera Herrera has been holding for the past 11 years, called the Festival del Tingular, or the Leatherback Festival. The event is a way to introduce people to the value of the corridor through cultural activities and music, Rivera Herrera says.

Ultimately, the campaign prevailed and the resorts were not built. Now the entire corridor and the turtles that like to come ashore are doing much better.

“After many years of struggle, finally, in April 2013, the corridor was designated by law as a nature reserve,” Rivera Herrera says.

Nevertheless, he adds, more work needs to be done. About 30 percent of the land within the corridor is still privately owned, he points out. So Rivera Herrera is working to help the government find possible sources of financing in order to acquire those private lands. Once all the land is publicly owned, then the Puerto Rico Department of Natural and Environmental Resources can manage the entire area comprehensively, Herrera says.