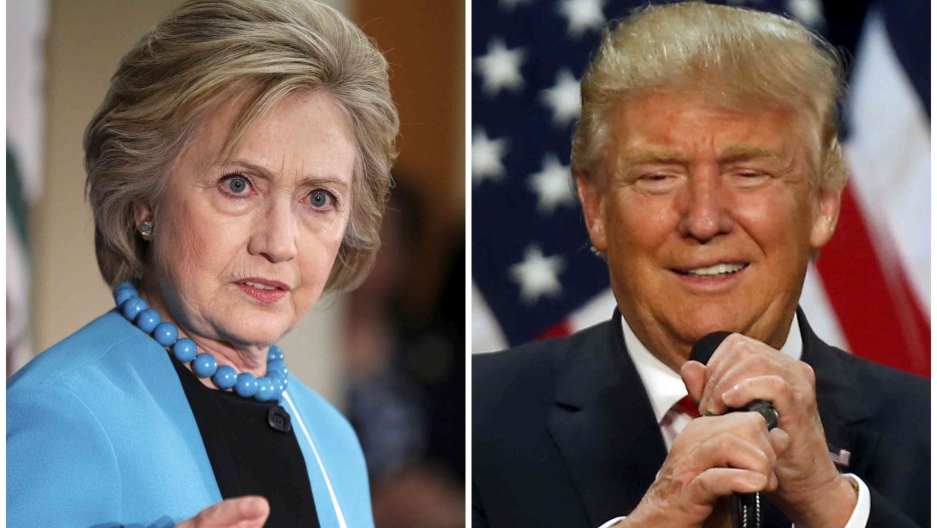 This minute-long takedown looks like a political ad. It sounds like a political ad. But according to the pro-Hillary Clinton super PAC sponsoring it, this is not an ad. It’s simply a “web video” — and one exempt from the kinds of public disclosures applied to paid political communications broadcast over the airwaves.

So, what’s this “web video” doing on television?

What’s notable about this anti-Trump Web video — indistinguishable in production quality from the hundreds of thousands of political ads blanketing US airwaves — is that Correct the Record is getting its airtime for free via these news programs, instead of paying to air them during commercial breaks. Correct the Record therefore avoids the five-figure costs typical to reserve such an ad spot.

Earning free media time is something Trump himself has mastered better than any other presidential candidate.

Correct the Record came to life as a super PAC one year ago after breaking off from American Bridge 21st Century, a liberal super PAC founded in 2010 to elevate Democrats and disgrace Republicans.

So far, the Clinton campaign has used Correct the Record as its main outsourcer of negativity — often the role taken on by super PACs, which may raise and spend unlimited amounts of money.

Yet Correct the Record is different.

That’s because Correct the Record, which is directly coordinating efforts with the Clinton campaign, strictly posts its political ads on its own website and through the social media accounts it operates. It doesn’t pay to place ads on TV or online, as most super PACs do.

Because of this, the super PAC says it falls under a Federal Election Commission “internet exemption” rule that allows for some online political activity, such as content generated by bloggers and grassroots political activists, to be exempt from regulation — including rules against coordination with campaigns.

Ryan calls Correct the Record’s activities “illegal” and a “charade.”

“This is so far removed from the internet exemption meant for volunteers and bloggers,” Ryan said. “The notion that these activities are exempt is absurd.”

The Clinton campaign and Correct the Record did not return calls requesting comment.

The mastermind behind Correct the Record is David Brock, a former Clinton critic who’s now a staunch ally. During the 1990s, Brock, then a conservative author and journalist, made a career out of tearing apart liberal politicians — including the Clintons.

He later disavowed his conservatism to become a born-again liberal. He apologized for writing a book attacking Anita Hill, who accused Supreme Court Justice Clarence Thomas of sexual harassment.

Since last year, Correct the Record has raked in more than $5 million. That’s significant money compared to what some super PACs raise, but a relatively small haul when one considers sister super PAC Priorities USA Action has raised more than $67 million.

Correct the Record is not reporting any of its online videos as “independent expenditures.” Such filings, made with the FEC, disclose the precise date and cost of a specific ad buy and identify the candidate the ad is supporting or attacking.

Instead, existing campaign finance filings offer fewer details on Correct the Record’s anti-Trump spending. For example, they indicate that during the first three months of 2016, Correct the Record spent more than $87,000 on “video consulting.” It also spent about $300,000 on payroll and entered April with about $621,000 in reserve, according to FEC disclosures.

If Correct the Record were paying rates for ad spots on national networks, they’d be paying well into the tens of thousands of dollars.

Data from the Internet Archive’s TV News Archive indicates that the anti-Trump video aired on CNN, Fox News and MSNBC a total of 18 times — without cost to Correct the Record.

Candidates and campaigns typically have paid upward of $25,000 for spots aired on commercial breaks on CNN and Fox News, according to various reports. Candidates’ own campaigns are charged lower rates for TV spots, per Federal Communications Commission rules.

Correct the Record intends, by its own assertions, “to defend Hillary Clinton from baseless attacks.”

Yet, the super PAC plays offense as much as it does defense. As a rapid response task force, Correct the Record has slammed a variety of Clinton foes: Trump, Sen. Bernie Sanders, even Clinton haters on Reddit.

As Clinton marches toward the general election, Correct the Record may become a bigger player, even as it pushes campaign finance law boundaries.

And while Clinton is testing the limits of FEC regulation, she is simultaneously calling for campaign finance reform.

“We have to end the flood of secret, unaccountable money that is distorting our elections, corrupting our political system and drowning out the voices of too many everyday Americans,” Clinton said when announcing her platform to limit money in politics. “Our democracy should be about expanding the franchise, not charging an entrance fee.”

Despite decrying how big money influences politics, few presidential candidates have benefited from the Supreme Court’s Citizens United v. FEC decision as much as Clinton has, according to a Center for Public Integrity report.