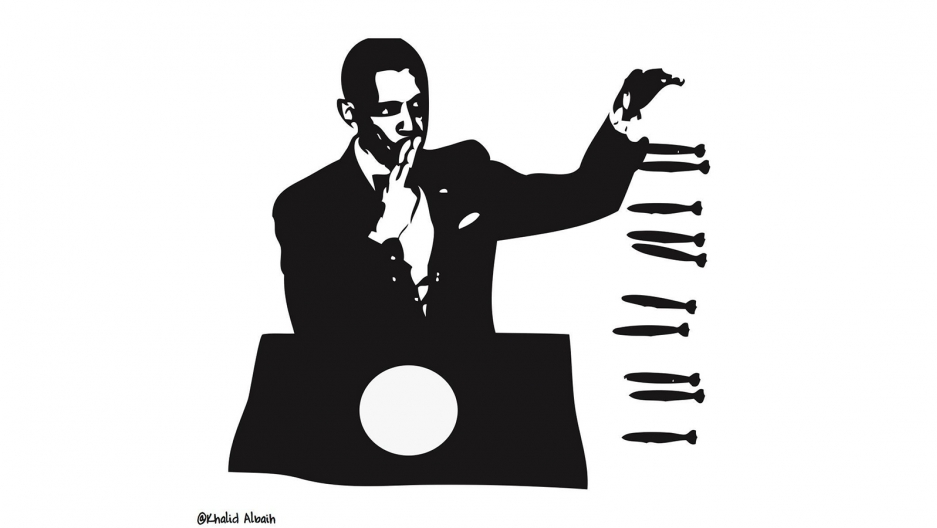 Imagine you're a political activist from Sudan. Your medium: cartoons. Your goal: fighting for human rights across the Arab and Muslim world. But each day brings ever more depressing news:

The so-called Islamic State is enslaving women, bombs in Baghdad are killing scores of innocent people; Syria's civil war has left the country in ruins and it continues to hemorrhage refugees; the Egyptian and Turkish governments are cracking down on the free press. Where do you go for inspiration? 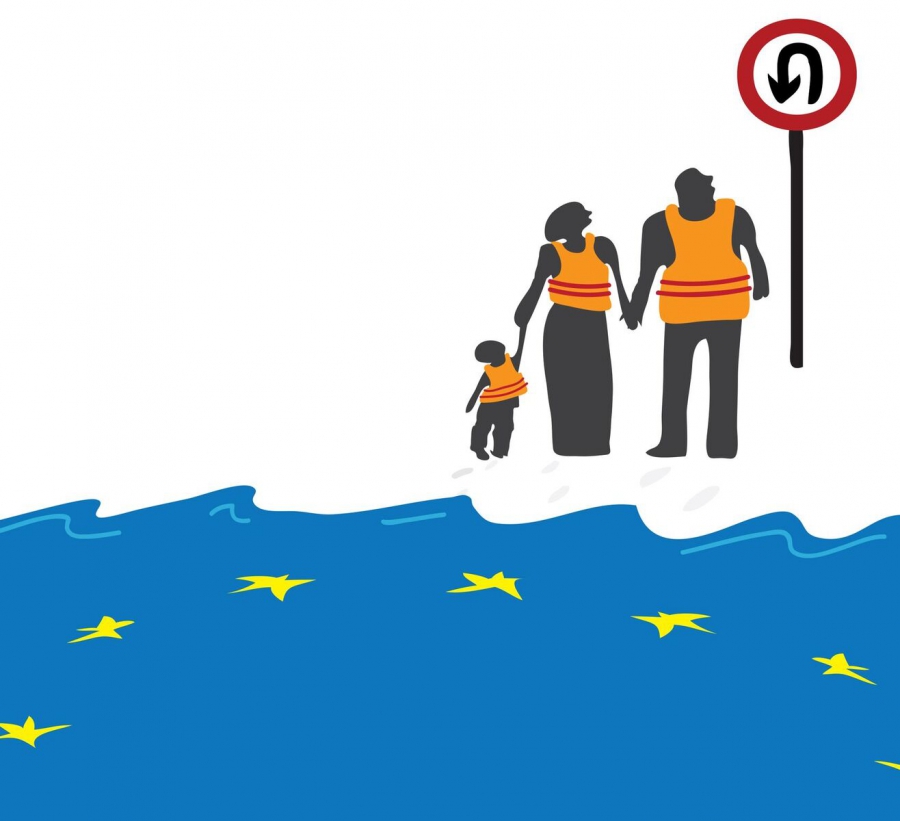 "I think what attracted me most about the trip was the development that happened in the United States through the civil rights movement. From not having a chair on a bus to having a black president."

A lack of political rights has determined Albaih's life. He's Sudanese, but since 1990 he's lived in exile in Qatar. That's because his father is a former diplomat who was fired by Sudan's military government in 1989. His mother had been political, too. She campaigned against female genital mutilation. Albaih's political activism is his cartoons. They are spare with few, if any, words. He says they reach everyone from children to university professors. 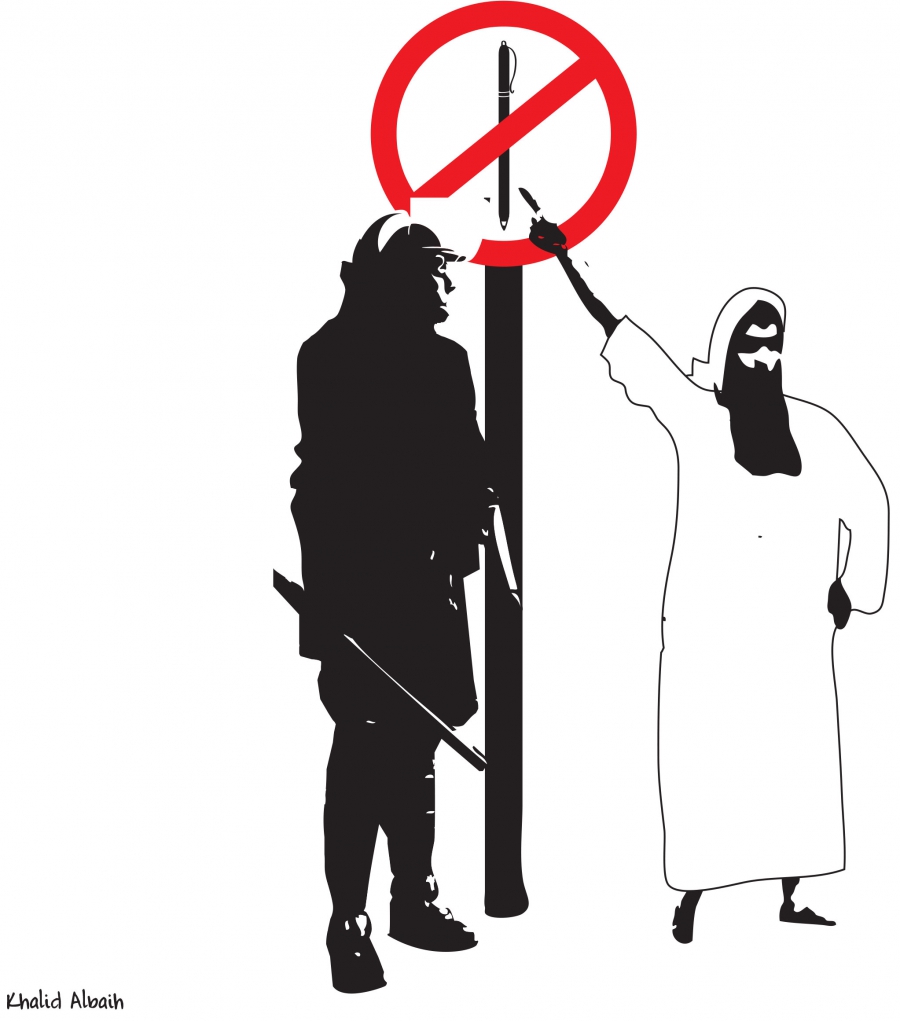 "Politics was and is a big part of why I don't have a home. And I'm trying to understand it really more than anything else. And with these cartoons I'm trying to do the best that I can to create change so my kids can have a home, because I've always not been home."

But the site that meant the most to Albaih was the Malcolm X and Betty Shabazz Center in New York, in the building in Upper Manhattan that used to house the Audubon Ballroom, where Malcolm X was assassinated in 1965. "He's an amazing character who went through so many changes, which is very human to me." 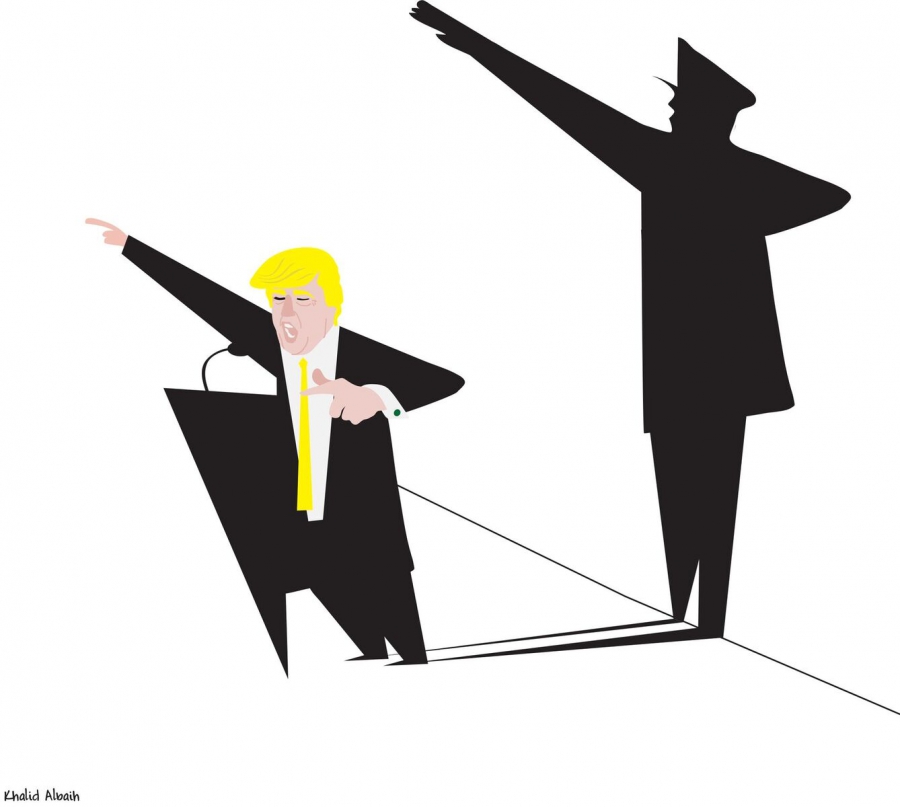 "We don't really have heroes in the Arab world and the Muslim region right now. We don't have that character that young people can look up to. Our heroes have only been religious heroes, which are like holy figures which never made a mistake."

Malcolm X provided an alternative, a real person who made mistakes, was flawed, and dared to change his mind. "His whole transformation of character and change of mindset after he went to Mecca. And he came back not only asking for civil rights for a certain ethnic group but he was asking for more human rights, really."

Albaih timed his trip to coincide with the US elections and the cartoonist made a point to talk to as many regular Americans as he could. 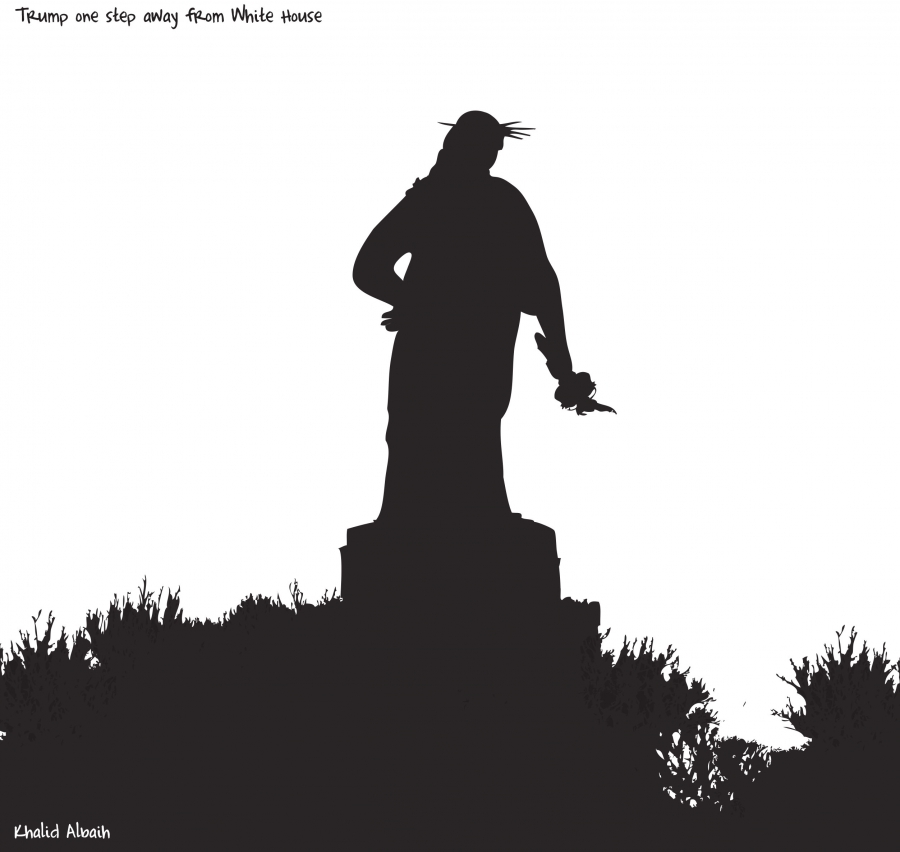 Albaih visited the site in Greenwood, Mississippi, where Stokely Carmichael made his famous speech in 1966 that moved away from civil disobedience and embraced black power. He spoke to neighbors and was stunned and slightly depressed that they didn't know anything about the history.

"They didn't know what was going on and they didn't care, really. So for me, it's that. The younger generation is taking all these rights for granted and I think this is what has set America back to Donald Trump. It's that if you don't know your own rights and you don't know how you got there, it's going to take time for you to understand what's happening right now." 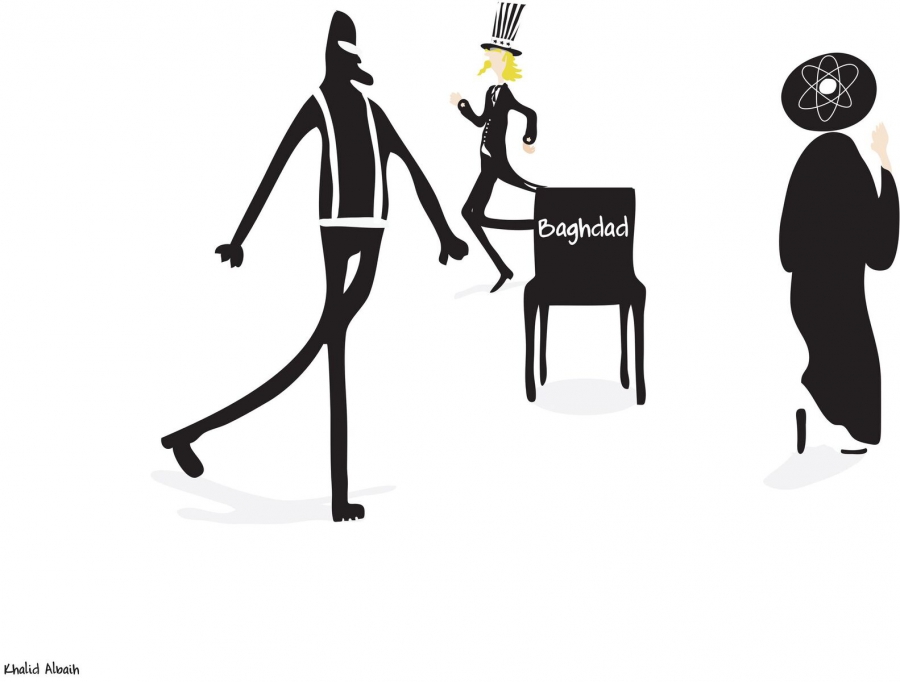 Albaih's views of America's first black president are more complicated. He was excited when Barack Obama was elected in 2008 and had big expectations, especially after the president's Cairo speech to Muslims around the globe. But as a citizen of the Arab and Muslim world, Albaih is eternally critical of Obama for the drone program.

"The amount of people that were killed by the drone program that Obama gave power to is unbelievable. And we have no idea how many people died, and for what?"

Albaih says his civil rights road trip was really a personal journey, to give him a confidence boost.

"I don't have anything but cartoons, and this is what I really can fight for and this movement tells me that it can happen, that something that seems impossible did happen and the mindset did change." 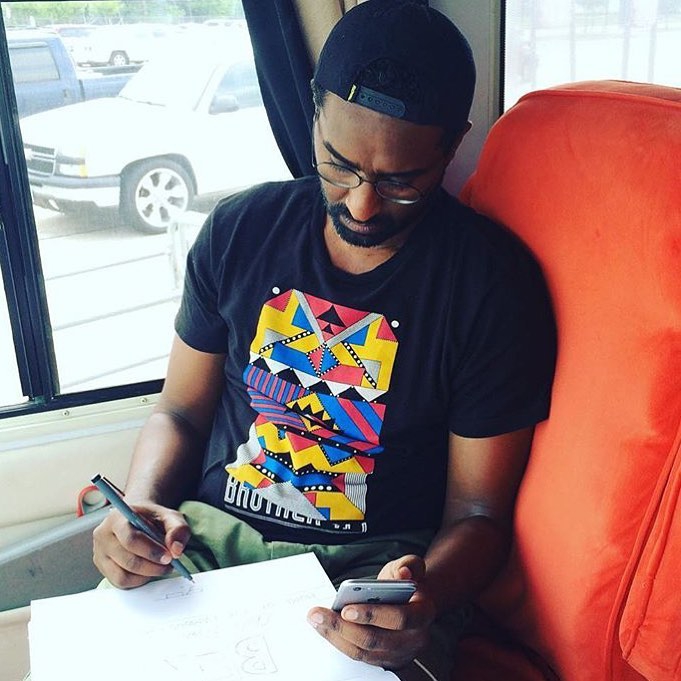 Khalid Albaih cartooning on board a bus during his civil rights road trip across America.