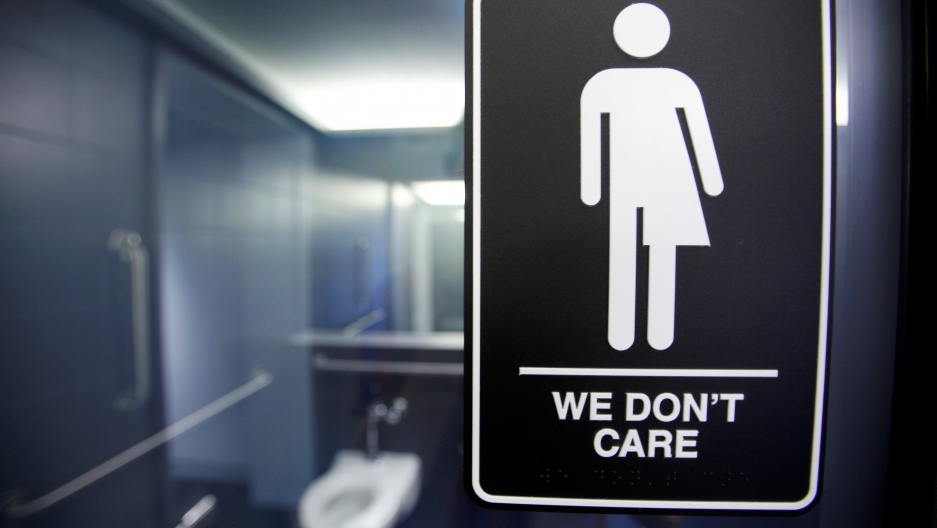 You'll have to go back many decades to get at the roots behind the latest conflict between North Carolina and the federal government.

And we're also talking about how traditions begin, such as the move to separate those bathrooms by gender in the first place.

"What this law does is inflict further indignity on a population that has already suffered far more than its fair share," said Attorney General Loretta Lynch. "This law provides no benefit to society, and all it does is harm innocent Americans."

But North Carolina has filed its own lawsuit against the federal government, with Gov. McCrory saying he did not "agree with their interpretation of federal law." If McCory loses his case, his state may have to change its law or forfeit billions of dollars in federal funding.

Here's how we got here: Terry S. Kogan, a University of Utah law professor and author of "Sex-Separation in Public Restrooms: Law, Architecture, and Gender,” says US began applying moral principles to restrooms more than a century ago.

“The origin of laws requiring sex separation in public restrooms can be traced back to the beginning of the 19th century, and a strong cultural ideology that pervaded American society that has often been called by historians the ‘Separate Sphere Ideology,’” Kogan says.

The “Separate Sphere Ideology” argues that men and women have strictly defined places in society that adhere to traditional gender roles. Specifically, the theory states that a woman’s sphere is inherently domestic, while a man’s natural place is outside the home.

“This ideology remained part of American culture throughout the 19th century,” says Kogan. “[But] the realities of 19th century economy belied the ideology.”

Women began to leave the home and work in factories, and this changing cultural structure led to changes in public spaces in American life.

“American regulators began figuring out ways of trying to, in effect, protect women in the public, since they could not be forced back into the home,” Kogan says. “So you find a range of architectural solutions, all of which was, in a way, an attempt to create a private haven and protective space for women in the public realm.”

But the idea of protecting women has often been used as an excuse to advance other agendas. For example, many lawmakers argue that strict abortion laws will help keep women safe, but advocates point out that putting barriers in front of reproductive services actually make things more dangerous for women. Additionally, those that favored bathroom segregation laws that discriminated against black Americans during the Jim Crow era also claimed such laws were designed to protect white women and children.

Nevertheless, gender-segregated bathrooms were written into the fabric of American society in the 1920s with the rise the uniform building code.

“It was a movement aimed at various building officials — engineers, architects, contractors, building material dealers,” Kogan says. “[They were] coming together, trying to adopt a code that could be enacted hook, line, and sinker by cities around the country and ensure adequate public safety, health, and welfare in new construction. Hidden in the midsts of the first uniform building code from 1927 is a provision that says, ‘Where there are public restrooms in buildings, they shall be separated by sex.’”

With those words, Kogan says, the “Separate Spheres Ideology” was written into law and carried into the 20th century. Today, many advocates of HB2 argue that women and children must be “protected” from transgender people in public bathrooms.

“Though biology is part of what it means to be a sexual, gendered human being, the sense of one’s self, and one’s brain chemistry, is a critical part of who we are as people,” says Kogan. “There’s a realization that, in fact, there is a rich tapestry of human gender out there, and that it’s critical that our society comes to grips with this and figure out how to create safe, accessible public restrooms for all people.”