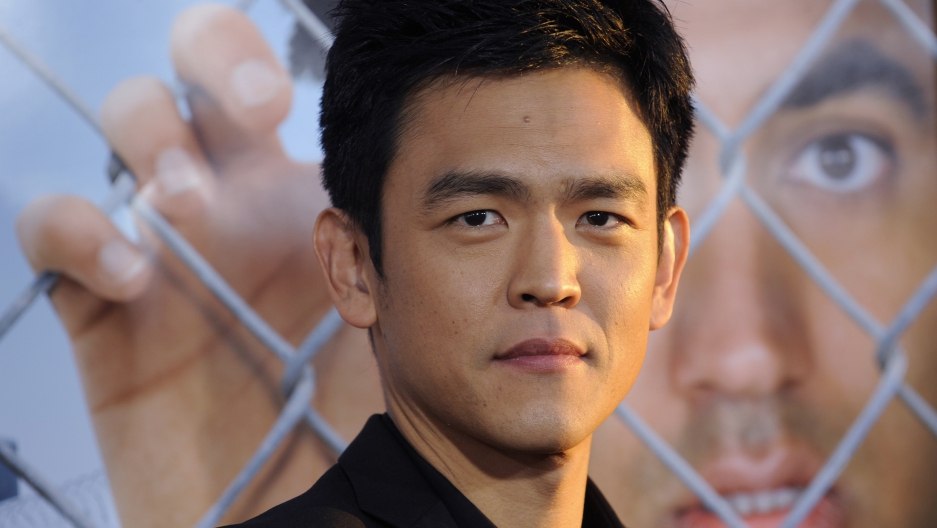 It's no secret that Hollywood has a race problem.

Frustrations over a lack of diversity in the 2015 Academy Awards nominations birthed the hashtag #OscarsSoWhite. It took over social media and has dominated Oscars coverage since.

Now a new hashtag is trending on Twitter that's reigniting that conversation about race in Hollywood and calling attention to a shortage of Asian American actors in starring roles. It's called #StarringJohnCho.

John Cho is best known for his role in the "Harold and Kumar" movies, in which he plays Harold, the responsible, always aggravated sidekick to Kal Penn's pot-smoking Kumar. (John Cho also plays Sulu in the re-booted Star Trek series.)

Thanks to New York-based digital strategist William Yu and a Twitter account he's just launched, you can now see what a cooler, more diverse Hollywood would look like if John Cho were your leading man.

"I think there’s a perception-type issue where a lot of individuals aren’t able to imagine or envision an Asian American or someone from an underrepresented community playing those roles," says Yu. "'Starring John Cho' is trying to help continue the conversation by showing you a very visual and tangible representation of what such a thing might look like."

As a Korean American with a passion for film and TV, Yu says the lack of representation of Asian and Asian American actors in Hollywood has always been an issue for him. "As a child growing up, there weren't really any examples to serve as role models or people that I wanted to emulate," he says.

It wasn't just his imagination. According to the Media, Diversity and Social Change Initiative at the University of Southern California's Annenberg School for Communication and Journalism, Asian Americans are cast in just 1.3 percent of leading Hollywood roles.

So what would a Hollywood look like if Asian American actors were getting bigger roles? Yu decided to create that alternate reality — using photoshop.

Read more: How many Asian Hollywood stars can you name? Right, it's not easy.

When Yu was deciding which actor to use as the face of the campaign, he considered Ki Hong Lee from "Unbreakable Kimmy Schmidt" and Sung Kang from the "Fast & Furious" franchise. In the end, Cho seemed to best fit the standards of a Hollywood leading man: an actor with star power who can drive ticket sales.

"I wanted to pick someone who not only had the critical and theatrical chops to pull the role off as a leading man, but also someone who had financial backing," says Yu. "So with John Cho, who has been critically praised by everyone from NPR to the New York Times, there is definitely an understood alignment that he has talent on screen. But with movies like 'Harold and Kumar' and the 'Star Trek' franchise, he also has the financial sophistication as someone who is a bankable talent who can drive people to buy tickets and sell those theater seats."

Yu says #StarringJohnCho has drawn support from people of all backgrounds. Cho himself followed the account the first day it was created, and a few days ago tweeted an emoji heart at it.

"There is kind of an understood consensus that people are ready for diversity in film and there’s an appetite for it," Yu says. "As much as this is about Hollywood, it's also a social issue. For children and for teens watching movies, its hard for them to set goals they want to strive for ... if they are not seeing that represented on screen. So part of #StarringJohnCho is letting Asian Americans know that you can take on any role you want to — that the roles that people may have defined for you aren't necessarily the roles you have to be content with embodying."

Here are some of Yu's best photoshops.

I guess you play big or you don't play at all. Right?

Thank you @usweekly @RachelChang for sharing #StarringJohnCho with your readers! https://t.co/DPaeTxD158