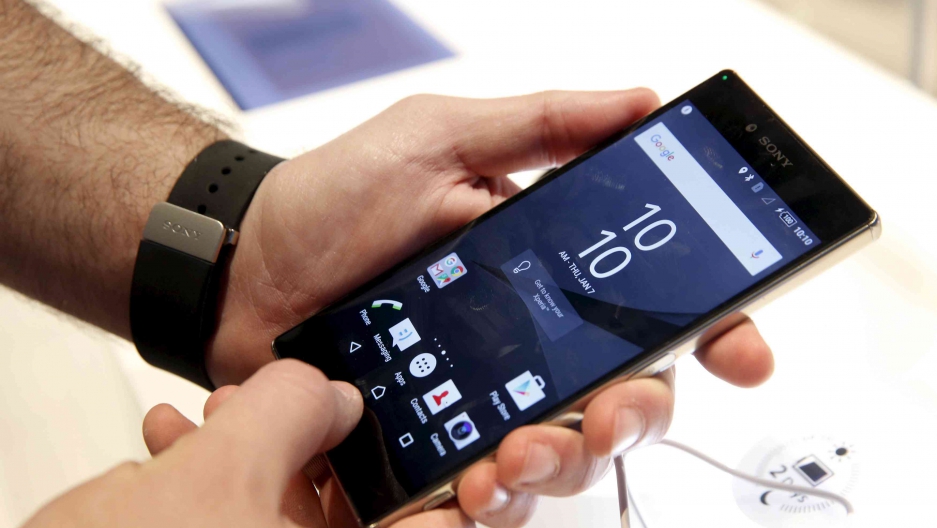 An attendee looks over a Sony Z5 Premium smart phone in the Sony booth during the 2016 CES trade show in Las Vegas, Nevada January 7, 2016.

Our phones hold so much of our personal digital data, so keeping our phones secure is one of the most important personal security measures out there.

How can we build a better password? Smartphones now include fingerprint scanners, and companies have been testing other biometrics — including retinal scans and heart rhythm measurements — for the ultimate personalized "password." But, could “brainprints” be the next unbreakable identification tool?

A team of researchers created a system that could match EEG readings to an individual with, they claim, 100 percent accuracy.

“We're the first lab worldwide to accomplish 100 percent biometric accuracy with the particular technique that we use,” says psychologist Sarah Lazslo.

The technology uses a device that is placed on people’s heads to measure their brain waves.

“We bring people into our lab and we connect a bunch of sensors to their heads so we can non-invasively measure their brain activity,” Lazslo says. “Then we show them a whole bunch of images rapid-fire, one after another. And each of the images is sort of designed to elicit a very unique response from person to person. And once we have about a half an hour worth of their brain data, we can submit that data to a computer and then the computer is able to sort of process the brain data and then figure out who is who. ... It's 100 percent accurate in a pool of 50 people for a period of up to 10 months.”

The technology has been hugely successful in creating a so-far perfectly accurate security system, but Laszlo says there is still a long way to go in developing the product for commercial use. For one thing, she notes, most people will not want to wear a clunky head device in order to use their phones.

“Of course nobody wants to put that on every time they want to get into their computer,” Laszlo says. “So one of our prototype devices that we're testing has the sensors embedded in Google Glass. So you just put the Google Glass on and it has the sensors in it and then it does the identification in the onboard processor or on the smartphone.”

Other challenges? Besides trying to make the system cheaper and faster, Laszlo says there’s a team of people working to see if they can somehow hack the system to determine if it’s as secure as it seems.

“As soon as we got it to work, like the very next lab meeting was, ‘Ok, we got it to work, now how do we hack into it?’” Laszlo says. “We're trying a whole bunch of different hacks. The engineers on the team have some computational hacks they're working on. ... The hack that I've been working on is trying to figure out how possible it is for a malicious person, a hacker, to train their brain to impersonate the brain activity of someone else.”