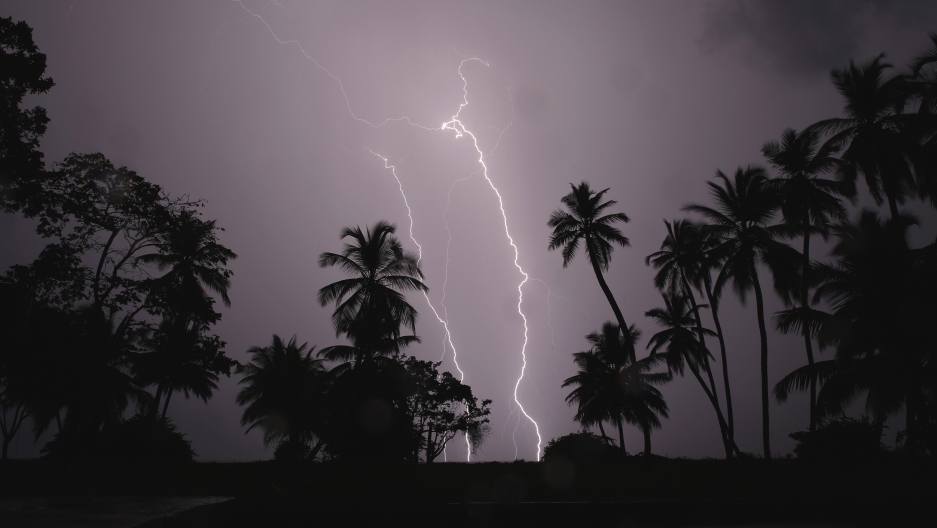 Lightning strikes over Lake Maracaibo in the village of Ologa, where the Catatumbo River feeds into the lake, in the western state of Zulia October 23, 2014.

You know the old saying about how lightning never strikes in the same place twice? Try telling that to the people who live around Venezuela's Lake Maracaibo.

In one year, there are more than 100,000 lightning flashes over the lake, says Rachel Albrect, the lead on a team of researchers collecting data about lightning strikes in the area. They recently released their findings in the Bulletin of the American Meteorological Society.

"It's so often that the state of Zulia in Venezuela, where this lake is, has a lightning bolt on its flag," she says.

Albrect says the geography around the lake is the reason for all the lightning storms, which strike an average of 297 days per year.

The lake, which is very warm, sits along the Andes mountains. These conditions are perfect for creating "convergence breezes" over Lake Maracaibo, Albrect says, which lead to the pressure changes that spark lightning storms. 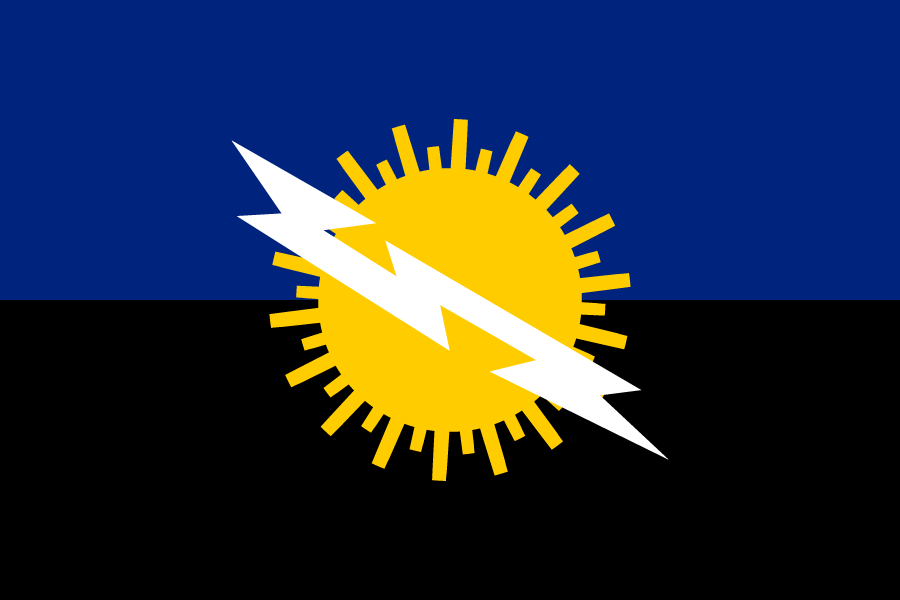 Researchers were able to crown Lake Maracaibo the world's lightning capital based on 16 years of data from NASA. NASA researchers teamed up with scientists at the University of São Paulo, the University of Maryland, the University of Alabama and the National Oceanic Atmospheric Administration. They used data collected by the Lightning Imaging Sensor, which measures light emmissions every two milliseconds. It's aboard NASA's Tropical Rainfall Measurement Mission satellite.

The previous lightning capital was located in Africa's Congo Basin, specifically near the town of Kamembe, Rwanda. There are six major sites in Africa that have similar geography and are also active lightning hotspots.

Maracaibo may have come in at number one, but here are the top ten lightning hotspots in the world: