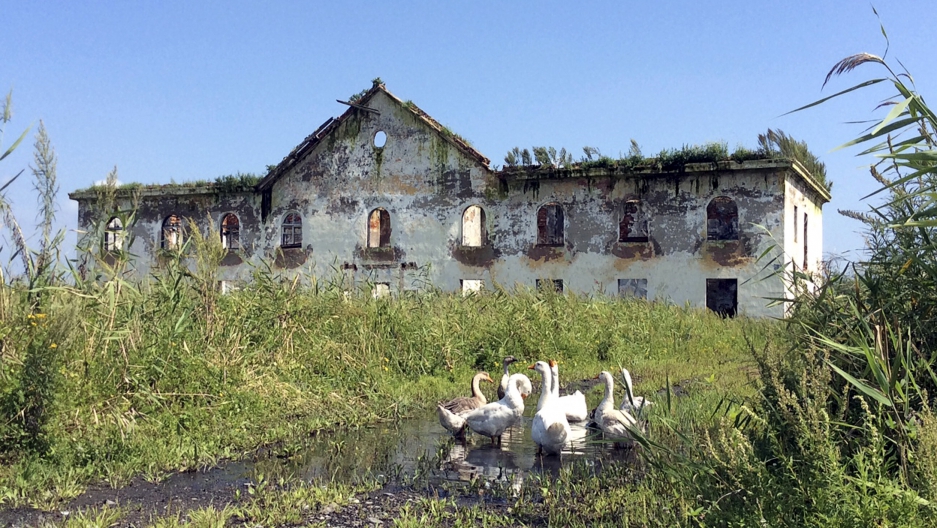 If you're Russian, this abandoned land in Russia's Far East near China could be all yours.

What do you do when you’ve got enormous tracts of underdeveloped, resource-rich land but precious few people to populate it?

If you’re Russia, you simply give it away.

At least that’s the plan for the Far Eastern Federal District, a far-flung territory that juts out to the Pacific Ocean and borders China — and which is home to around two people per square mile.

President Vladimir Putin signed a law this month granting 2.5 acres of land to any Russian citizen who wants it. If they can prove they’ve done something with it after five years, primarily by agricultural means, it’s all theirs.

Officials hope the program will rejuvenate a region that researchers estimate has lost nearly 2 million people since the Soviet Union collapsed in 1991.

“It will allow Russians, especially the youth, to discover in the Far East a real chance for self-realization,” said Aleksandr Galushka, the minister for Far East development.

Despite occupying roughly one-third of Russia, the Far East — with its vast forests, forbidding tundra and spectacular volcanoes — is now home to only 4 percent of its population.

As one leading daily newspaper points out, the government’s new plan is a bit like the resettlement program enacted during the twilight years of the Russian Empire, which brought some 3 million people to the region. Except back then — more than 100 years ago — the overwhelming majority of the population was composed of peasants. Today, it’s the other way around: Urbanites make up about 70 percent, the paper adds, and they probably won’t be jumping at the opportunity to decamp east.

According to Richard Connolly, co-director of the Centre for Russian, European and Eurasian Studies at the University of Birmingham, UK, settling the region isn’t the same as it used to be.

In the middle of the last century, the Soviet Union and its planned economy could afford to toss huge sums of money at developing the area, which is roughly double the size of India.

But Russia’s ailing market economy, he says, just doesn’t have the muscle to convince private investors and ordinary citizens to move where it’s cold and expensive, because of things like import costs and heating.

“It’s a way of trying to overcome the problem that it’s extremely expensive to get people to move there, to live there, and to carry out economic activity there,” Connolly said of the program.

Simple bureaucracy might even get in the way, especially in a sparsely populated expanse where the local real estate market isn’t exactly booming. For instance, officials in Primorsky Krai, one of the nine administrative regions of Russia's Far East, recently said most settlements there haven’t even provided information on their official boundaries.

For now, Russians will only be able to apply for a handful of selected municipalities. Starting February 2017, they’ll be able to snatch up any plot of land in the Far Eastern Federal District so long as the respective provincial authorities approve.

Nevertheless, optimistic Russians prefer to see the program as a way to help boost Russian sovereignty in the greater Asia-Pacific region, where it faces a powerful — and far larger — China right next door.

“This is not about agriculture or even about settling the Far East,” wrote political commentator Pyotr Akopov in the prominent nationalist journal, Vzglyad.

“It is about the government’s ability to build a strong and self-sufficient Russia.”