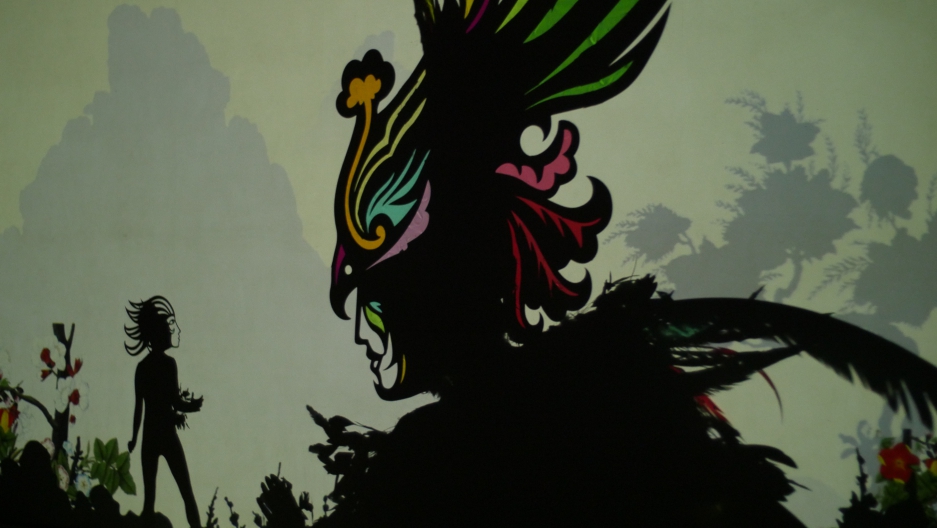 Inspired by German animation and an American puppeteer, Hamid Rahmanian has turned an ancient Iranian epic into a live show.

One day last summer, Hamid Rahmanian was in his graphic design studio in New York, thinking about how to adapt a classic Persian story to the stage. Shahnameh, or “The Book of Kings,” is one of the world's longest epic poems. Rahmanian, who grew up in the Iranian capital of Tehran, had already adapted it into an intricate illustrated book. Now he wanted audiences to see it live.

“In my studio, I had a projector,” says Rahmanian. He turned it on and walked around, watching his shadow dance across the screen. He suddenly thought to himself: “This is it!” Rahmanian was already interested in shadow puppetry — and in that moment, he realized he could retell an ancient story with the modern twist of colorful, computer-designed backgrounds.

“I have a graphic design and a filmmaking background — and they can meet behind the screen, in the form of shadows,” Rahmanian remembers thinking.

With help from a team of actors and animators, including the puppeteer Larry Reed, Rahmanian ultimately designed 156 shadow puppets and 138 backgrounds. Now the show, which he calls “Feathers of Fire,” is on a tour of the United States. It's been performed in Brooklyn, Boston, and San Francisco. The next stop, on May 15, is New York's Metropolitan Museum of Art; two weeks after that, it will go up in the Freud Playhouse in Los Angeles. 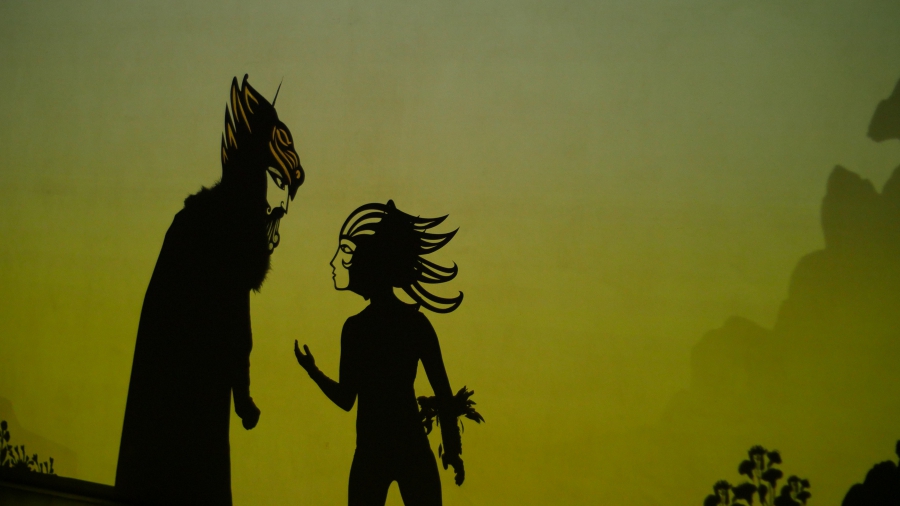 "Feathers of Fire" follows the story of a young prince named Zal, who is raised by a mythical bird before being reunited with his father.

Adapting an Iranian epic for American audiences posed more than just artistic challenges. “Iranians are a very new immigrant group,” he says. “We have only 30 years of history of immigration.” As a result, many Americans hear more about Iran's present-day politics than its history. Rahmanian adds: “The culture became very stereotyped. Everything became politicized.”

With “Feathers of Fire,” Rahmanian hopes to show a different side of Iran. The play tells a love story reminiscent of “Romeo and Juliet,” in which the Persian prince Zal falls in love with Rudabeh, a princess from a rival family in Kabul. In Zal's quest to marry the princess, he befriends wild animals and convinces enemies to trust him. 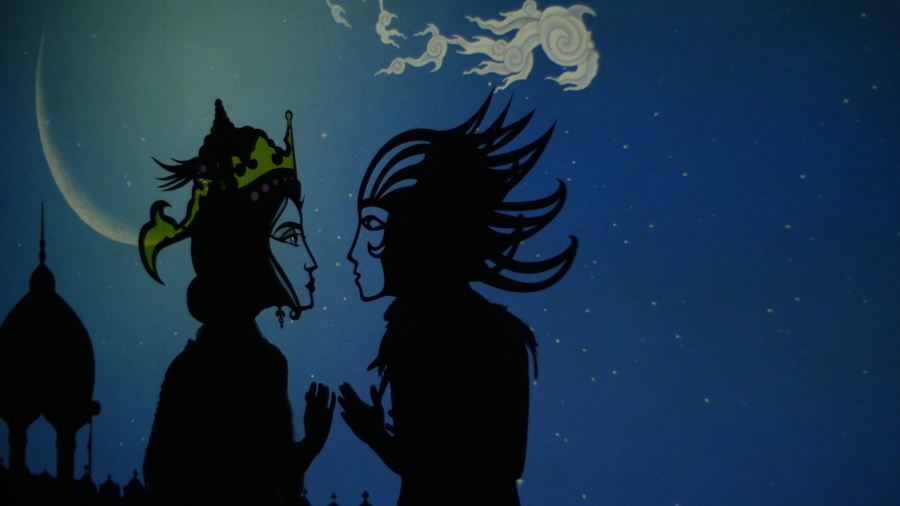 Like Romeo and Juliet, Zal and Rudabeh defy their families after they fall in love.

Rahmanian's interest in shadow theater started after he came to the US as a student. While studying design at the Pratt Institute, he watched “The Adventures of Prince Achmed,” a film by the German animator Lotte Reiniger. “I was mesmerized,” he says. “I thought, this is the most amazing thing that I've ever seen.”

Reiniger's film dramatized stories from another Middle East epic, One Thousand and One Nights, and it provided much of the inspiration for “Feathers of Fire.” Rahmanian was amazed that the film told such a grand story with simple backdrops and silhouettes. What's more, it was created in 1926, making it the world's oldest surviving animated film.

Shadow theater might seem like an unusual form for Iranian epics, but it's actually a throwback to Persian history. “From the 10th to the 13th century, shadow theater was one of the most important genres of entertainment among people in Egypt, Iran, Syria, that area,” says Rahmanian. He adds that shadow theater used to offer a “loophole” for Muslim performers. “The depiction of the actual face in early Islam was not allowed,” he says. Paper silhouettes got around that restriction. 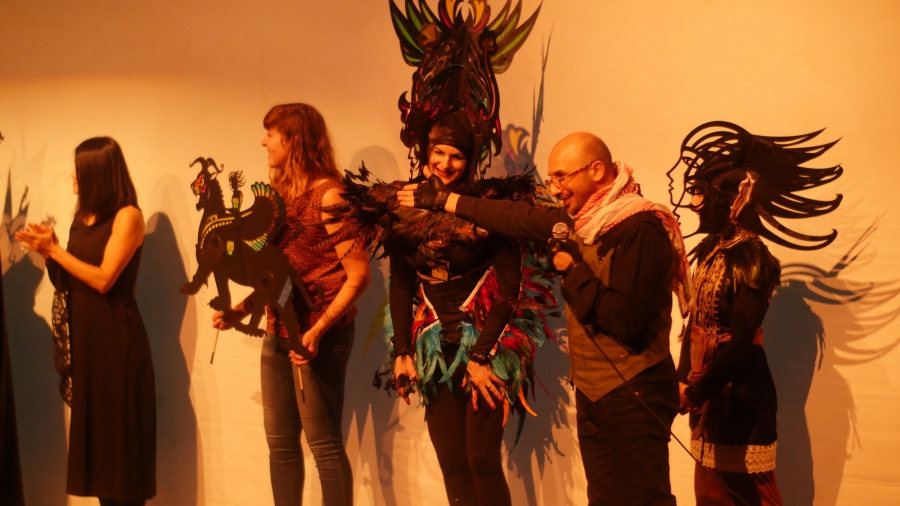 In Iran, shadow plays declined as illustrated books became more common, although similar styles survived in other parts of the world. These days, it's just about impossible to find the form in Iran. “This technique that we use, nobody has seen it,” Rahmanian says.

A handful of live actors and stage hands perform “Feathers of Fire,” with help from recorded narration and the animated backgrounds. Sheets of colored plastic splash bits of color between the shadows; to create an illusion of depth, actors move closer to or farther from the projector. Their puppets include animal silhouettes and architectural designs borrowed from several periods in Persian history.

Rahmanian believes that art like this will stand the test of time better than political regimes. “Politics comes and goes, like leaves on a river, flowing away,” he says. “What remains from you is your culture.”