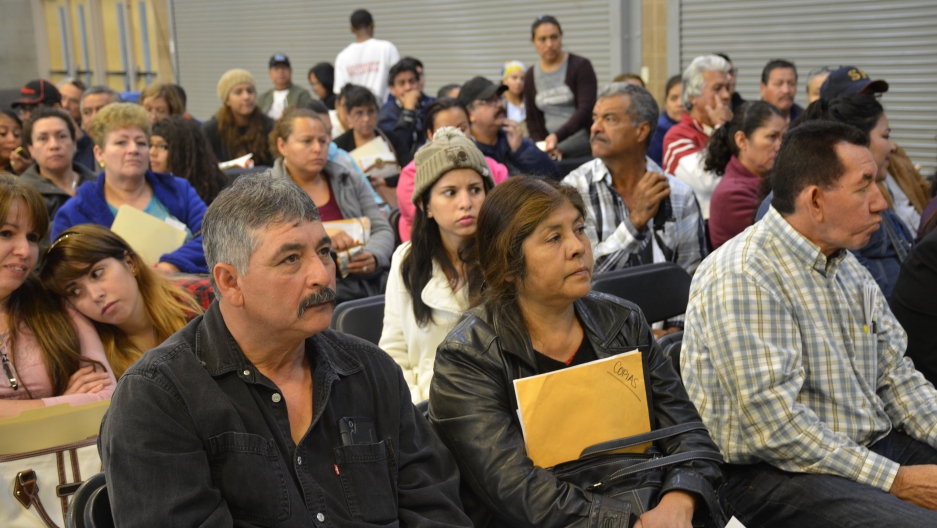 The US presidential election may still be five months away. But the deadline to turn green card holders into Americans, able to vote, is just around the corner.

Nearly 9 million US residents are eligible to become citizens. Most don’t bother. But the trend seems to be changing this year.

On a Saturday morning at a Las Vegas high school, more than 500 immigrants, mostly Latino, lined up to begin the citizenship process. Some arrived hours early to make sure they got a spot inside.

This was one of a handful of non-partisan events held this spring in Vegas, this one run by the Culinary Workers Union Local 226. The union hopes to create 2,000 new Americans this year. Easier said than done.

Applicants have to brush up on their English, US history and civics to pass an exam. There’s also a $680 fee, though that’s waived for low-income applicants. And many immigration lawyers charge hefty legal fees to help applicants navigate the process.

An event like this can save hopeful Americans thousands of dollars, and a lot of time, thanks to free legal advice and volunteer help with filling out a citizenship application. 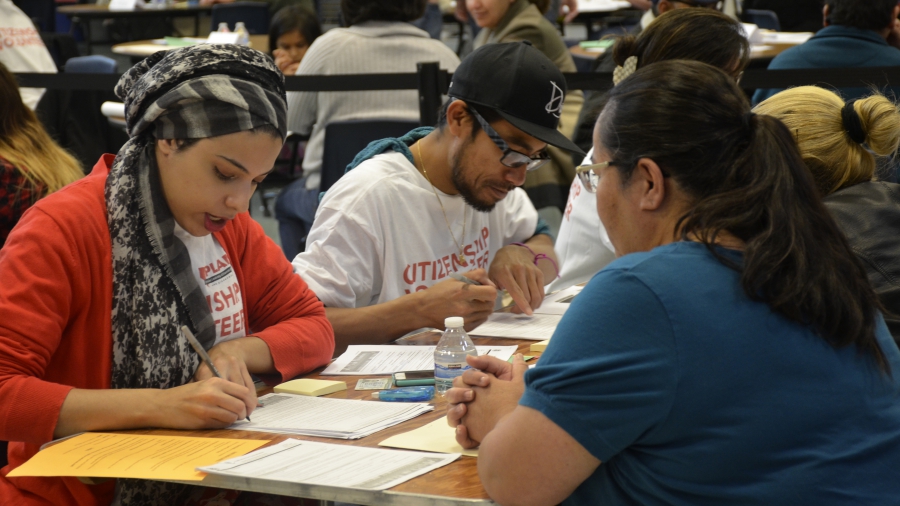 Volunteers at a Las Vegas high school help immigrants fill out the application for US citizenship.

There have been significant naturalization pushes in recent years — slightly more than 1 million people took the oath of citizenship nationwide in 2008, a big number even for an election year. This year, immigration advocates are hoping to sign up a million new voters again.

“When we were coming into the 2008 electoral cycle, immigration was fresh in everyone’s minds,” said John Tuman, head of the political science department at UNLV. “I think that was an important factor that was motivating individuals and groups to become naturalized citizens.”

About four years ago, I came to Las Vegas and did almost this exact same story you’re now reading. But 2012 was a slow year for registering citizens. The data for this year is still rolling in, but anecdotally, in Nevada, Tuman says he’s seeing a strong wave of immigrants wanting to become citizens and able to vote in November.

“This time around, they’re also talking about perceived bias and discrimination against Latinos as one of the top issues,” said Tuman.

How does “perceived bias and discrimination” translate beyond survey questionnaires? At the citizenship fair in Vegas, I asked people why they were there. Most, though not all, said they had come out to stop one man: Donald Trump.

No real big surprise there. What did surprise me is just how much of a motivator Trump has become. I met a lot of folks like Oliver Marroquín, originally from Guatemala. He’s been in the US for 24 years, eligible to become a citizen for 19. I met others who had been in the US for 50 years.

Marroquín, and the others, have sat on the sidelines for a lot of elections. I asked Marroquín why he’s getting off the bench this go-round. His wife, Virginia Marroquín, sitting by his side, answered for him.

“Tell him how you feel about Trump,” said Virgnia, “He doesn’t want Trump to win. He’s very adamant that he does not want him in.”

Oliver confirmed what his wife said, “Yes, that is correct”

Now, it’s one thing to be motivated by a negative. It’s another thing entirely to be drawn to the voting booth by a positive, an alluring candidate. Fernando Romero, the president of Hispanics in Politics, Nevada’s oldest Latino political organization, doesn’t see that candidate for Latinos.

Romero was a Democrat for 48 years. No longer.

“And I changed parties to Republican nine months ago because of Hillary Clinton,” said Romero. “Because Hillary Clinton had asked that the children, the refugee children from Guatemala, El Salvador, Nicaragua, be deported without the proper hearings, per the law. She also, fought against undocumented immigrants having a driver’s permit to be able to drive a car.”

Romero’s list of complaints with Clinton is long. But, to be clear, Romero despises Trump.

“Mr. Trump has offended everybody, and I mean that sincerely,” said Romero.

But when Romero now hears Clinton championing the rights of immigrants, or Central American child migrants, it disgusts him.

“Mrs. Clinton has been able to pull the wool over a lot of Latinos' eyes and say, ‘I love you, and I want you, and you to vote for me.’ And many of them are. Many of us are not.”

This is leaving Romero without much of a choice come November. I asked him what he’ll do, if he'll even vote in the presidential election.

Other Latinos may follow Romero’s tactic. But it’s unlikely that new US citizens will sit this one out. If this is your first chance to vote for a US president, even if you don’t love your choices, you’re still going to vote.

And then there’s this fact: Nearly 3 million residents who are eligible for US citizenship come from Mexico. Even if just a fraction become naturalized Americans this year, if you’re Donald Trump, that just can’t be a welcome number. 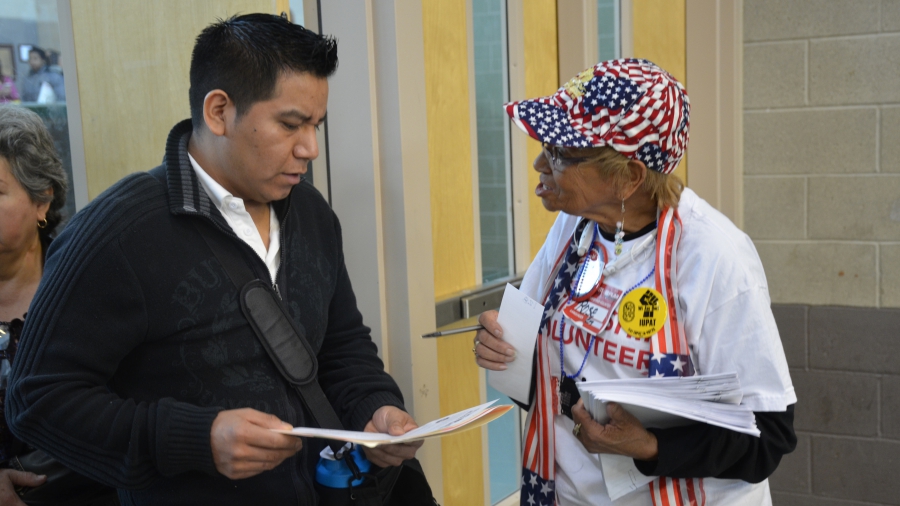