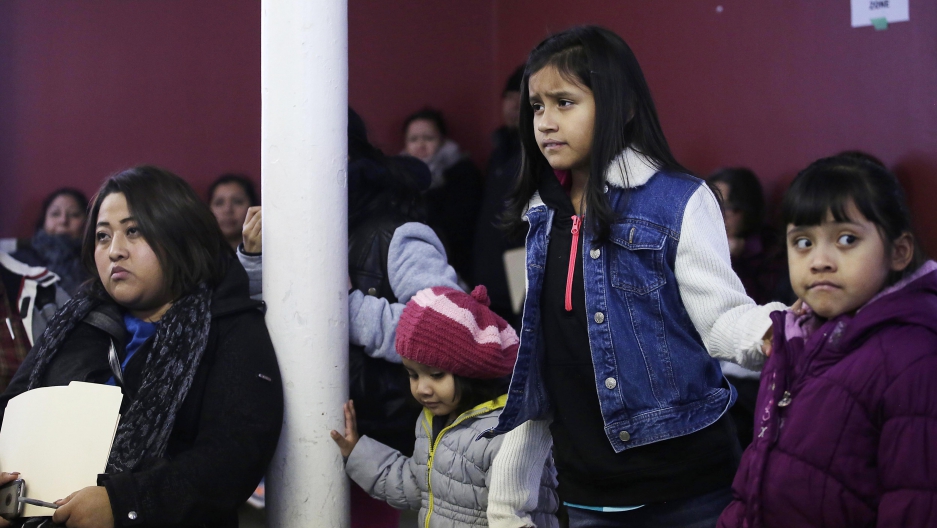 Many of the tens of thousands of young Central American migrants now in the US are awaiting immigration hearings. If they're school-age, they're entitled to continue their education while they are here. But in many parts of the country, migrant children are kept from enrolling in school.

"We found many examples where migrant youth were routed to adult schools, which attorneys and advocates argue is an academic dead-end, that in some cases may break federal law," says Garance Burke, who helped report a story on the subject for the Associated Press.

Burke and her AP colleagues found cases where unaccompanied minors were discouraged from enrolling in school in 35 districts of 14 states.

The case of one would-be high school student underscores the problem. Candelario Jimon Alonzo, a 16-year-old from Guatemala's highlands, grew up speaking first an indigenous language, then Spanish. He'd hoped to learn English in the American city where he was placed, Memphis.

"Instead," says Burke, "his school district routed him outside the mainstream high school to an adult school, where he would have been able to take English for a few hours every week. [But] then, the State of Tennessee shut down the ESL [English as a second language] program, leaving Candelario and at least a dozen other minors with, essentially, no school option."

The AP article highlights problems in school districts across the country where migrants have been prevented from enrolling in school or kept out of classes for a variety of reasons. They are not only prevented from learning English, but effectively barred from the curriculum they are legally entitled to study.

It's not necessarily intentional.

"Sometimes school districts who lack experience with English language learners also don't understand how to enroll children who don't have the paperwork that districts typically ask for when parents show up to enroll their kids," Burke notes. Many children show up unprepared to present the utility bills, birth certificates and government-issued identification schools often requre.

"Unaccompanied minors from Central America ... have migrated here by themselves. They are kids or teens, and so they may not have that paperwork, and they may not also have a sponsor who is their legal guardian."

So the problems for these students can begin even before they have set foot in a US public school.