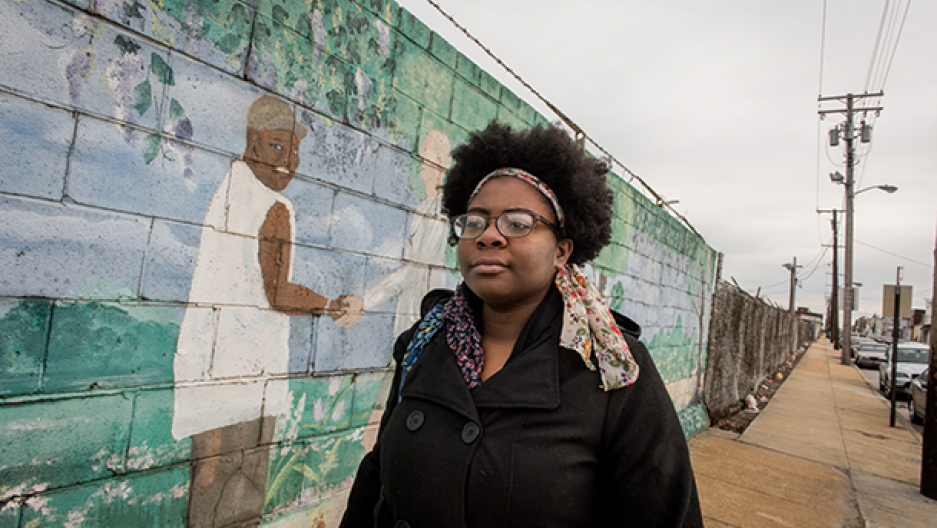 Destiny Watford led the fight against a new trash incinerator in her neighborhood. She and her fellow students convinced the school board to cut its contract with the incinerator company. 22 other organizations followed suit.

Curtis Bay is a small community outside of Baltimore with a long history of poverty and pollution. Now it is home to something else: North America's winner of the Goldman Environmental Prize, Destiny Watford.

Watford earned the prestigious prize for leading the fight against the nation’s largest trash incinerator being built in her neighborhood. The project was touted as a source of clean energy, but when Watford discovered what it really meant for her hometown, she was moved to take action.

While residents take pride in aspects of their community, like its parks and recreation centers and community gardens, it’s divided by “an endless sea of polluting industries,” Watford says. “We have the largest medical waste incinerator; a coal terminal; the city's landfill. My mom has asthma. My neighbor died of lung cancer.”

It’s not unusual for polluting development projects to be concentrated in poor, minority areas, Watford notes. In areas like this, citizens have been taken advantage of for so long that corporations and public officials believe there is no community voice and that residents will not resist. To some extent this is true, Watford says.

She illustrates her point by relating an encounter with one local resident while out canvassing for the campaign. When this person answered the door, he essentially said to the group: The work that you kids are doing is pointless. Curtis Bay is and always will be a dumping ground.

Watford says that encounter served as a transition for her and the classmates she had rallied to the cause. They recognized it wasn't going to be enough to just tell people about the incinerator and assume they would oppose it.

“It was going to take a shift in mentality from passive acceptance of things like the incinerator — because that's kind of the status quo — to resistance,” she explains. “Just because that was Curtis Bay's history doesn't mean that has to be its future.”

To make that shift, Watford and her classmates relied on the tools they had: The group included artists, poets, musicians and writers, so they wrote poems, made music and wrote speeches and articles about “what it means to live in a place like Curtis Bay, in a place that's been used as a dumping ground and as a place where people's lives will be sacrificed to support the marketplace,” she says.

“We used those tools to shape our narrative and to tell our story,” she continues. “We did that in so many different ways and with so many different people that it really resonated and began to make that shift and to change people's hearts and minds into thinking that there can be change and there is something that we can do.”

At a meeting of the Baltimore City public school board, Watford recited a speech about incineration, another member of the group recited a soliloquy about how incineration effects public health, and two other members, who were musicians and rappers, created what they now call the "Free Your Voice Anthem,” which highlighted the need for change from passive acceptance to active resistance.

After public protests, including a sit-in where people were arrested, and a campaign of letters, petitions and testimonies from doctors and environmentalists, the Maryland Department of the Environment determined that the permits necessary for the project had expired. So, as of now, the incinerator is stopped.

Destiny Watford is now 20 years old and a student at Towson College. She says she plans to continue to oppose projects that will harm neighborhoods like her own.