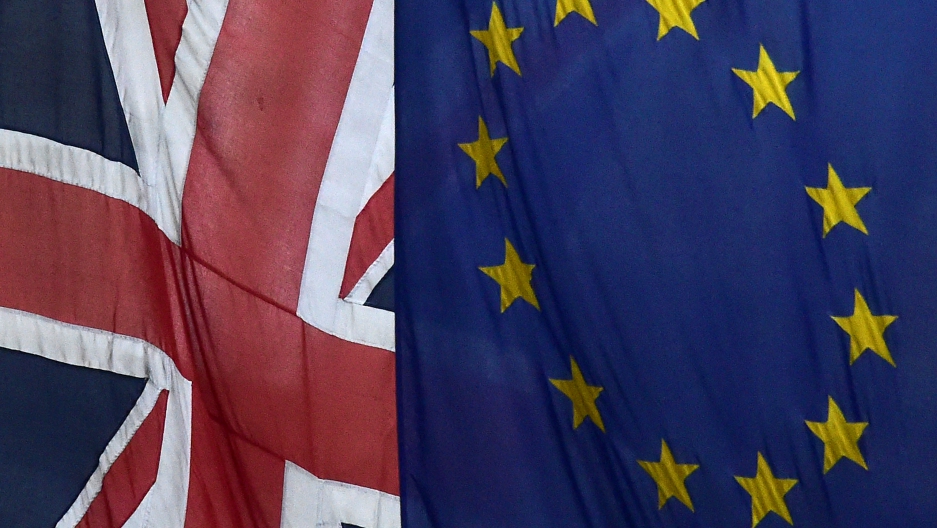 That's what Bethan Harris and her friends saw when they watched the discussion over whether the UK could stay in European Union or not. The vote on June 23 might be one of the most important in their lives, but they didn't feel represented.

"I looked at the campaigns out there and realized that everything to do with the referendum was just about the economy versus immigration," Harris says. "All the imagery was of the same politicians that most people my age aren’t really inspired by."

So they decided to start their own campaign — called "We Are Europe" — and their goal is to engage younger voters in the debate.

"We were looking at all of this and realizing how important this referendum is. We are probably only going to get one vote in our lifetime, or at least in the next 30 years," she explains.

Bethan says that they don’t want to tell people why they should vote to remain, but to encourage them to share their own personal connections with the EU. For Bethan, it’s the ability to move freely around Europe that is most important.

She recalls a trip to Eastern Europe when she was 16 years old, where a discussion got underway among her group of travelers.

"There were 30 of us from across Europe. On the first night of our get-together, the guy running the course asked us to put our hand up if we wanted to live and work in another country one day," she says. "Everyone put their hand up. Who isn’t going to want to do that when you’re 16?"

Then, Harris continues, he asked them to keep their hands up if they felt that they could live and work in another country one day. Only six of them kept their hands up.

"Those six of us were from Western Europe. The rest of the people who left their hands down were from countries in Eastern Europe, who were not, at the time, part of the EU," she says.

If the UK leaves Europe, Harris says, she and many others like her won't be able to travel freely. "Why on earth would we deny ourselves these amazing rights and freedoms that we have?" she asks.

Harris and her friends have enlisted the help of celebrities, models and musicians in order to reach as many people as possible.

On social media they started using the hashtag #InFor and asked users to explain why the UK should stay in the EU.

So far, Harris says, they have been getting a lot of help from volunteers, artists and designers.

And according to her, most importantly, there are no gray suits in sight.