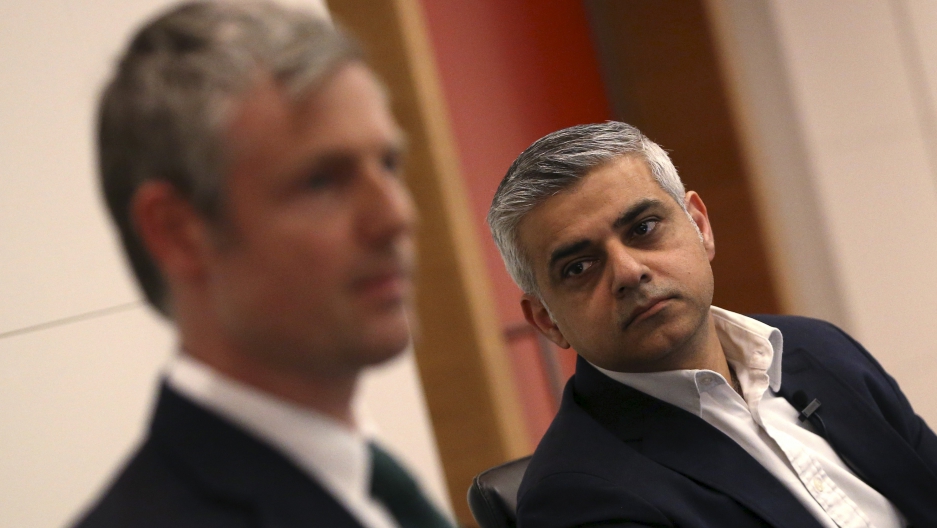 Londoners are voting in a mayoral election that's possibly the fiercest one they've witnessed.

The leading candidates are Sadiq Khan and Zac Goldsmith, whose backgrounds sound rather different.

Khan, of the Labour Party, is the son of a Pakistani bus driver and a seamstress. He grew up in public housing with seven siblings. He went on to become a human rights lawyer and then transport minister.

Goldsmith, of the Conservative Party, is the son of a billionaire, went to elite schools and inherited considerable wealth from his father. An environmentalist, Goldsmith edited The Ecologist magazine before becoming a member of parliament.

There has been no shortage of personal attacks in the mayoral race. Prime Minister David Cameron, a Conservative, accused Khan of supporting radical Muslims and appearing nine times on the same platform. Khan has rejected these claims and accuses the Conservatives of stoking ethnic tensions.

Letters and leaflets that the Conservative Party has been sending to residents in ethnically mixed areas appear to support the claim about stirring up ethnic tensions. Indian and Tamil voters have been targeted specifically. 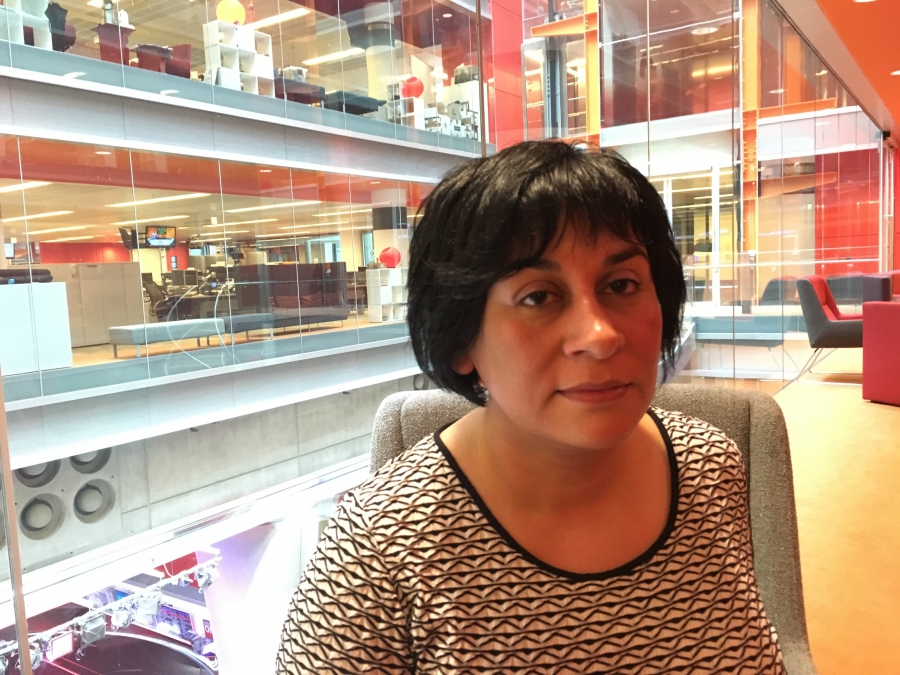 Anita Vasisht is one of recipients of these letters. She was going through her mail on a Saturday morning in April, when she came across a letter from Cameron addressed directly to her.

She beamed with happiness.

"Before reading it I went to the living room where my girls were lounging around on a Saturday morning, looking at their screens or doing whatever it is that they do as teenagers," she recalls. "And I said to them ‘Oh look, look the prime minister has written to me. I’ve got a letter from him and it begins with ‘dear Anita’ so it feels so personal.'"

Vasisht began reading the letter. After a paragraph or two, came these lines: "The British-Indian community makes an extraordinary contribution to London and to Britain [...] closer ties between the UK and India have been a priority for me as Prime Minister. I was pleased to join Zac Goldsmith and thousands of British-Indians in welcoming Prime Minister Modi to the UK last year."

She was confused at first, and then it hit her. The Conservative camp of Prime Minister Cameron was trying to shore up her support for its mayoral candidate, Goldsmith. But the party was doing so by implying that Vasisht and others like her belong to a different London than Cameron's.

"The Conservative Party specifically targeted these ethnically tailored letters at Hindus and Sikhs because, for the first time in this country, we have a British Pakistani Muslim who is the main political rival," she says. "Their campaign strategists had decided to use whatever painful history there has been between Hindus and Sikhs and Muslims, between India and Pakistan, in order to stir up feelings of race-based hatred."

Vasisht, who is an immigration lawyer, says she has heard of others who received these letters.

One of her colleagues, who is a British-born Sri Lankan Tamil, told her he had also received a letter. This one was by Goldsmith himself and read in part: “I recognize that far too often Tamil households are targeted for burglary due to families owning gold and valuable family heirlooms.”

Then it went on to say that Khan’s fellow Labour Party members “are beginning to adopt policies that will mean higher taxes on your family and your family’s heirlooms and belongings. We cannot let him experiment with these radical policies.”

Vasisht first spoke out about this to The Guardian and says so far she has not heard anything from either Cameron's office or that of Goldsmith.

She says she wants to pursue this further. She has reported it to the police, asking them to look more deeply at what these letters mean.

"What I really want is for the Conservative Party to hear that a strategy like this, which is widely seen as racially offensive and divisive, we don't want to see this in the year 2016 in London. The message that they're sending out is not one of inclusion," she says.

Vasisht will vote for Khan on election day, she says. And she feels "proud" and "glad" that he is running for mayor of London.

"To me this sends out the message that people from ethnic groups can achieve anything. No matter your color, your race or your religion, you can do whatever you want," she says.

That's a key message she wants her two young daughters to take away from this election as well.