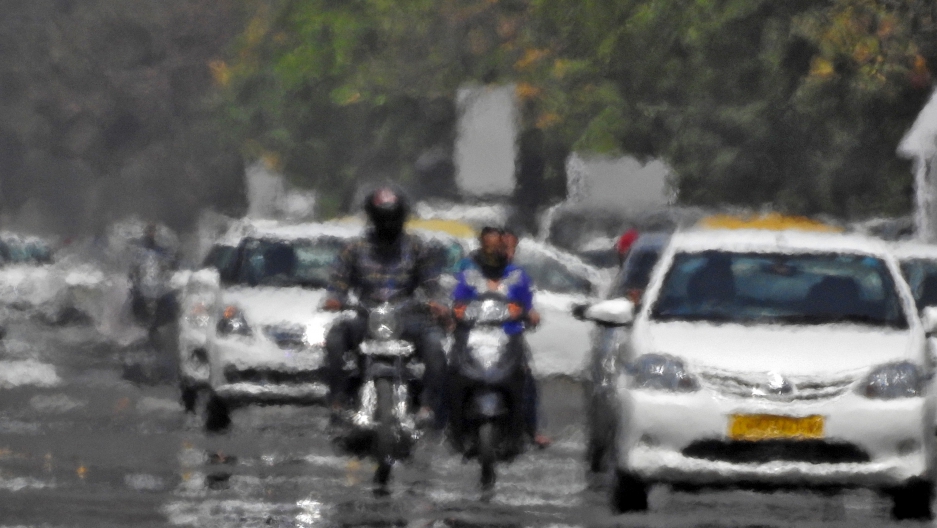 Vehicles driving along a road are seen through heat haze in Chandigarh, India, April 20, 2016.

When the heat gets too much for us plains-dwellers in India, those of us who can escape en masse to the hills.

Temperatures in Delhi and other parts of northern India were in excess of 110 Fahrenheit this week. In other parts of the country, they’ve passed 120 in a brutal heat wave that’s killed hundreds of people and shows no sign of breaking.

Of course heat in India is nothing new. But things seem different these days.

As a child and then as a teenager, I was dragged every summer to Dehradun, in the foothills of the Himalayas, where I have family, and then up further to even cooler Mussourie, the “Queen of the Hills” as dubbed by the British, who thoughtfully created “hill stations” to beat the heat. And though I hated to be away from my boyfriend and my incessant, important telephone calls (this was before mobile phones), I did admit that the clean air, lush forests and the much cooler temperature were almost worth it.

So when I planned a return trip there last month, I was quite looking forward to the respite. My first indication that things were not the same came as I flew over the hills. Dehradun has an airport now, and my birds’ eye view showed me what traveling by train or car doesn’t — bare hillsides cleared of trees, dust and haze below the cloud line, rivers full of stones and rocks but no water.

Not just heat. Also drought. And fires, too.

When I got to my aunt’s house, I learned she gets water from the municipal supply for just a half hour in the evening. It leisurely pours out of the taps as she rushes to refill buckets to ensure she has water for cooking, cleaning, bathing and flushing the toilet for the next 23.5 hours.

Then I learned the air was hazy and dusty because only a few miles away forest fires raged uncontrollably. Last week the National Disaster Response Force was deployed to help fight them — manually and with helicopter buckets filled up from already low reservoirs.

Smoke from forest fires hangs over dry mountain rivers near Dehradun, in the foothills of the Himalayas, in northern India.

These days, water is the most scarce, precious resource for 330 million people in India, including some nine million farmers. The monsoon has failed for the last two years and nothing is growing: Fields are fallow — there are no crops, no fodder. People and their livestock are dying of thirst.

As the drought and heat have intensified, those who are able to have left. Some have left their children and the elderly behind and taken their cattle to government sponsored shelters where they can feed their cows and sell the milk. Others come to the big cities like Mumbai where they flock to slums or live on the sidewalks, looking for jobs as day laborers.

Just 300 miles from Mumbai is Latur, one of the worst hit districts in the whole country. In Latur town, municipal water comes only every eight days. Special water-bearing trains bring the townspeople 660,000 gallons of drinking water every three days from the few rivers that haven’t dried up. Even this has to be rationed carefully.

Temperatures in Latur city are hovering around 100 degrees these days.

In other parts of India, the government has asked citizens not to cook in the day, let alone burn garbage or spent crops or even conduct ritual cremations for the dead.

Official reports show that the groundwater level in most places has receded more than 100 feet because rainfall has been less than half the average. Tube wells are being bored deeper than 2,000 feet to access water in the lower reaches. Reservoirs in the region are only two percent full and officials are fairly sure the water will run out before the end of the month, when the monsoon typically hits.

And the heat and fires are also putting some of India’s main source of water in even greater jeopardy. Dark soot from those burning trees is settling on Himalayan glaciers, absorbing heat and making them melt even faster than they already were as the region warms up.

Weather forecasters are hoping for some relief as the spring monsoon season approaches. But the last three monsoons have failed under the influence of the recent global El Nino.

Myself, I’m very lucky. In Mumbai where I live, it’s only 91 Fahrenheit. We have electricity for air conditioning, and water round the clock. Our reservoirs are still 24 percent full. Up north in my childhood refuge of Dehradun though, at 102 degrees, with forest fires creeping ever closer, the city continues to smolder.