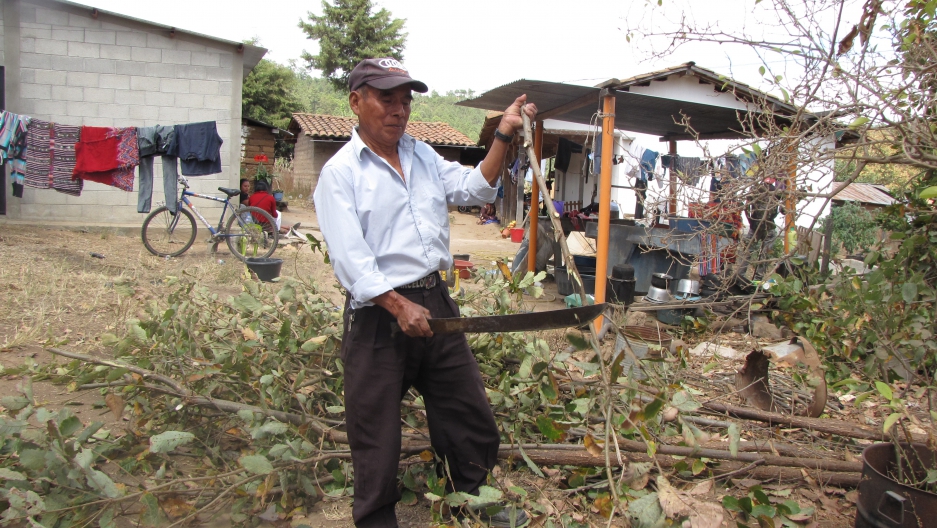 Manuel sought help from the Migration Project after his daughter was injured in a car accident trying to reach the US.

Every month, the United States deports thousands of men, women and children to Guatemala. But many continue to come, or at least try. Many are fleeing remote villages that were devastated by violence during the country’s armed conflict decades ago, and that now suffer economically.

Guatemala’s truth commission reported that the mostly Mayan town of Zacualpa, in the northern highlands, was the scene of genocide in the 1980s. Many residents fled then. And now, in some of Zacualpa’s outskirts, almost a fifth of the adult population has migrated north, in search of a better life.

In Zacualpa, many locals can’t resist a gamble: get a loan and pay a smuggler thousands of dollars to take you through Mexico to the US. You might make it and get a job, and send much-needed money home to family. Or you might fail — get deported, and end up back in Zacualpa, worse off than you were before.

In that case, your family is likely to come to the convent behind the Church of Zacualpa, where there’s a small office marked with a paper sign saying “Migration Project.” It’s a local initiative with outside backing — from the human rights center at Boston College.

Luisa Hernández Simaj works here. She says most people who stop by are looking for loved ones who’ve gone north.

“We’ve noticed that they don’t present themselves,” she says, “like, ‘My name is María or Juana and I come from such and such community.’ The first thing they say is, ‘I’m looking for my migrant family member.’” 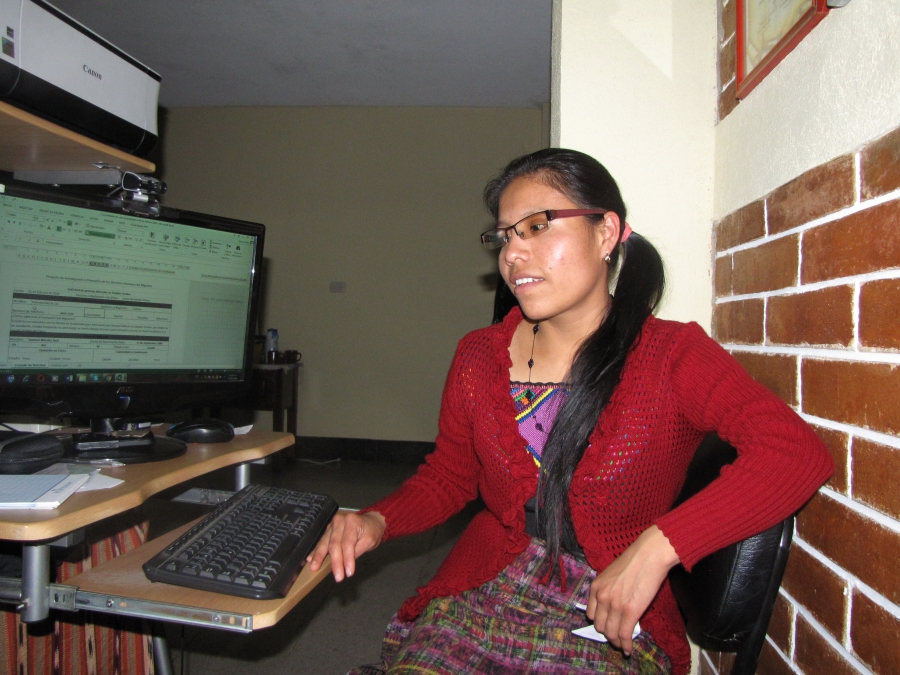 Luisa Hernández Simaj works for the Migration Project helping family members locate missing loved ones in the US as well as supporting people who don't make it and return home in debt.

They know Hernández Simaj has access to a powerful tool: the US Immigration and Customs Enforcement locator website. She plugs in the migrant’s name, country of origin and date of birth. Sometimes their location pops right up. Sometimes it turns up nothing, which could mean the smuggler has told the migrant not to use his or her real name. So Hernández Simaj fills out a form with the migrant’s information, and submits it to an attorney at Boston College, who checks with her network of attorneys across the US to see if anyone can locate this person.

The feeling is relief because the worst fear is that the loved one is dead.

“Here in Zacualpa we have four cases of people who have disappeared,” Hernández Simaj says. They’ve been missing for between four and 15 years.

And then there’s the tragic case of Manuel’s family. The 67-year-old farmer first came into the office a few months back already knowing where his daughter and grandson were. They’d been in an accident in Mexico. The smuggler had lost control of the car trying to evade authorities. Manuel’s daughter had just awoken from a coma, and her 8-year-old son was dead.

Hernández Simaj drives out to visit the family.

Speaking a mix of Quiché Mayan and Spanish, Hernández Simaj asks Manuel to tell his story.

Years ago, Manuel says, his daughter’s husband went to the US to find work to support the family. Wife and son were supposed to join him, but it never happened.

The first attempt was thwarted by US Border Patrol. On the second try, the accident happened. When Manuel got the news, he asked the Migration Project for help. Staff members worked with churches in Mexico to arrange rides to get his daughter home, with her son’s remains.

“Without the churches,” Manuel says, “forget about it.”

Back in the convent courtyard, outside the Migration Project office, is another client, 21-year-old Luis. In a sense, he’s lucky. He survived his three attempts to reach the US. Each time, he was caught by Border Patrol. At that part of the story he’s overcome with emotion and pauses for a while.

Still, as bad as the experience was the first time, after being deported once, he says, “when you think about the debt, you want to go back and try again, and forget everything that happened before.” 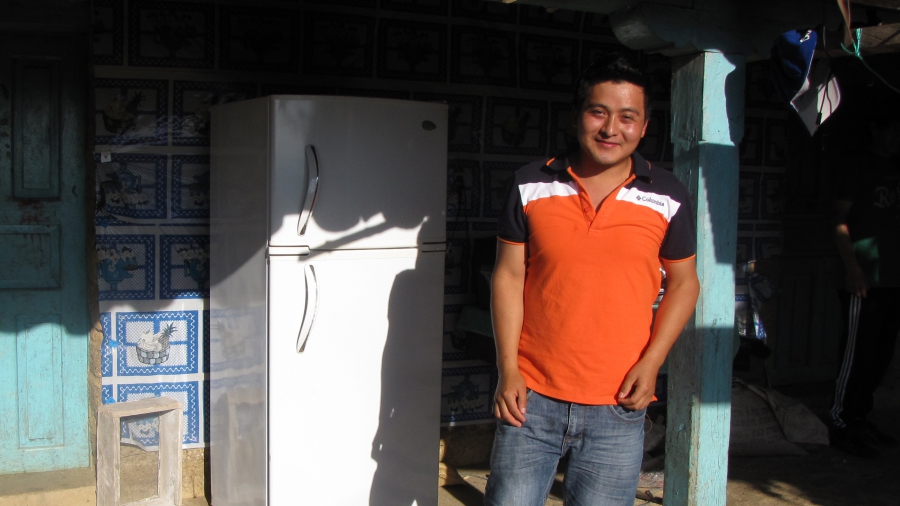 Luis tired to reach the US three times and each time he was caught by Border Patrol and deported. Now he's home, struggling with the debt he incurred trying to get the US.

He’d wanted to help support his family. Instead, he had to sell off family land to pay back the loan, with interest.

It used to be his family that went to the Migration Project to track him down. Now he’s the one who comes here.

“It helps to talk to the staff here,” he says. In the community, “what happens is one is ashamed to talk about one’s failures.”

Hernández Simaj sees this all the time. She says people don’t talk because of the pain of the debt, but also “because they failed to make it through and achieve this quote-unquote American dream.”