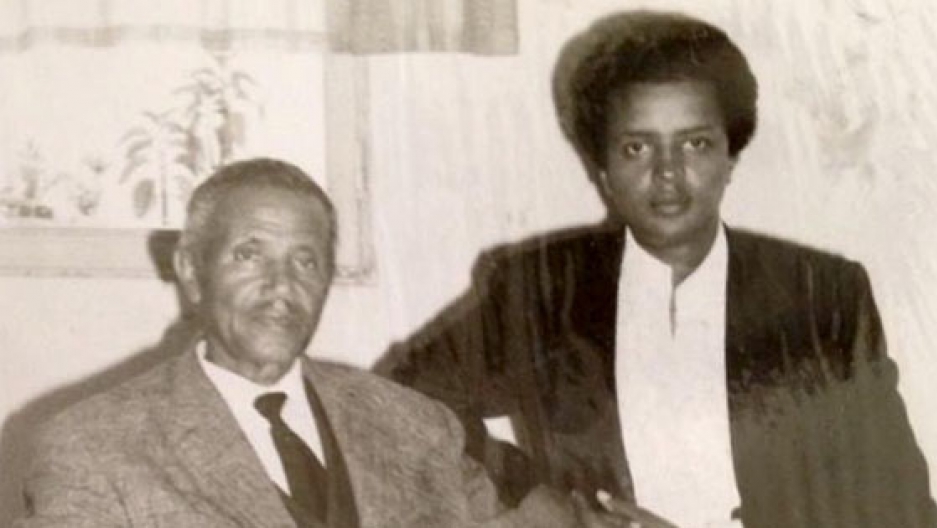 Abebe Haregewoin (right) and his father in Ethiopia.

The place where you grew up has a way of staying with you for the rest of your life.

He's an oncologist in Silver Spring, Maryland. But he grew up in Ethiopia and lived in Addis Ababa when famine stalked the Horn of Africa nation back in the 1970s and 80s.

He's thinking about that a lot right now as Ethiopia heads into the "lean season." Those are the months between planting and harvesting, when there's not a lot of food around. This year, grain stocks will be even more meager than usual.

That's because in recent years the rains in the Horn of Africa haven't followed their usual cycles. Crops have withered. Haregewoin says there's already severe hunger, and in the coming months it will be significantly worse. At the moment, some 10 million Ethiopians are not getting enough food and 4 million children are at risk.

"But the world is now totally focused on Syria, and this is really not obvious to most people in the world," he says, adding that the Ethiopian government and groups like the World Food Program are trying to spotlight the crisis.

Haregewoin knows from what he saw decades ago that hunger saps not just the body, but the spirit.

"There are people who are totally turned into monsters by starvation and hunger. Stealing, fighting for food. And sort of becoming extremely pathological people," he says.

At the same time, he's witnessed how the famine has brought out the best in some Horn of Africa residents.

"People share in Ethiopia, that's our culture," he says. "We eat together. Sharing is part of our make-up."

These days flash floods are hitting many of the regions where hunger is most acute, making it difficult for trucks to reach those in need.

The drought and the floods put Ethiopia on the precarious front lines of climate change.

"Climate change is not a myth, it's a reality," he argues. "I've seen it in my own lifetime."

With an even more severe hunger crisis in the offing, some Ethiopian expats have mobilized to seek donations to help those in need. Haregewoin set up a Go Fund Me page to support food aid. So did Ethiopian Abraham Debebe from Minneapolis. The two men found each other and joined ranks. It took them just a few weeks to raise more than $30,000.

But the need is great, and for Haregewoin the possibility of another devastating famine is always foremost on his mind.

And that, he says, is the reality for so many Ethiopian expats, who feel especially far from their homeland in its moment of need.