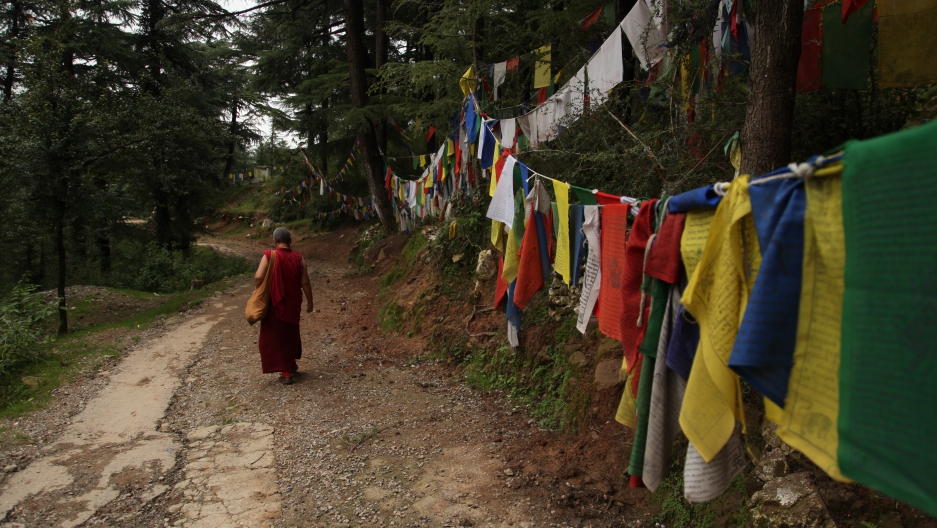 Even though WeChat users are aware that the Chinese government is able to read their messages, for many Tibetans it's the only reliable way to communicate with loved one living outside of Tibet.

Imagine living across the world from your family and friends and not being able to use Facebook, Twitter, Whatsapp and other social media and messaging apps to communicate.

Because the Chinese government blocks many social media and messaging platforms, this is the reality for Tibetans whose loved ones live abroad. So, to stay in touch, Tibetans are using WeChat. WeChat is a lifeline, except for one thing: it’s a Chinese app, and the messages are very likely being monitored. If Tibetans are caught saying the wrong thing, the consequences for those people living in Tibet could be dire.

In 2009, a team of researchers from the University of Toronto discovered a massive cyber spying operation they called Ghostnet. They say the ring was based in China and infiltrated mostly political targets, including the office of the Dalai Lama. But they say the information of all Tibetans is at risk.

Tsering Tsondue left Tibet in 1998, and he uses the popular app to communicate with his parents back home in Lhasa. His mother just let him know she was sending some money, but they have to be careful about what they discuss.

“I only talk, greeting words: ‘Good morning, how is your day,'” Tsering says, hunched over his iPhone in a cafe in McLeod Ganj, India, where the Tibetan government in exile is based. “I didn’t talk about politics or something like this.”

Lhadon Tethong is the founder of the Tibet Action Institute, an organization that teaches Tibetans how to protect themselves and their information while using technology. She says they “assume the Chinese government is monitoring everything.”

"At sensitive times or when they deem peoples' behavior on WeChat too risky, they try to make examples of people,” Lhadon says. And one phone call from a politically active exile can mean the disappearance of that person's whole family back in Tibet.

The Tibet Action Institute was founded about a year after the Tibet uprising in 2008, just as social media and mobile technology were really beginning to explode.

“In terms of being able to communicate, organize, share ideas, get information out of Tibet itself and for Tibetans to tell their own story to the world… the struggle is not only far from over, Lhadon says. “But I think there’s more hope than there ever has been in the last number of decades.”

Tibetan activists around the world are already putting strategies in place for 2022, the year China will host the Winter Olympics. By any measure, that will be considered a “sensitive time.” Of course, WeChat may well have given way to the next big application by then — but whatever it is, it’s a good bet that Tibetans will be using it.