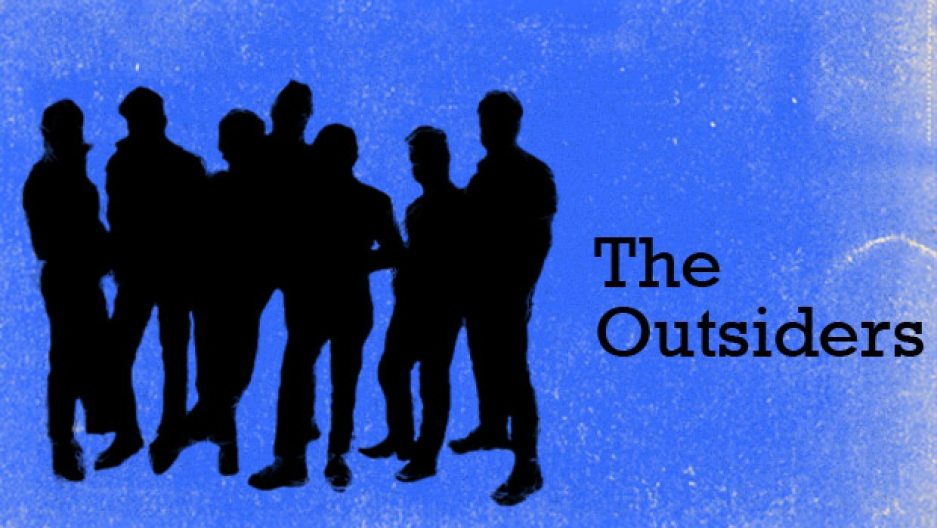 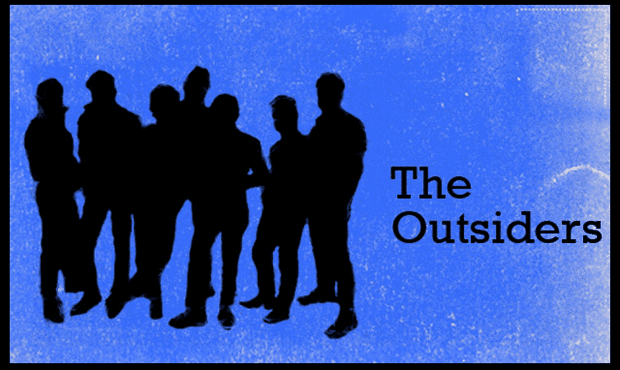 This is the underbelly of teen America.

Susan Eloise Hintonwas a teenager when she wrote "The Outsiders," a story of rival gangs in Tulsa, Oklahoma. She used the pen name "S.E." so readers wouldn't know her gender, and bought a Camaro with the earnings. "Some of [the novel's] faults, like its over-the-top emotions and drama, are what make it so popular because that's the way kids really feel," she says. "You've got to have the hormones going before you really appreciate that book."

Librarian Elizabeth Bird says the novel's unresolved class struggle resonates as powerfully now as it ever did. "There are always going to be the haves and the have-nots --- the divide is getting bigger and bigger all the time. And this book talks about that. A lot of books for kids and teens do not."

Memos from Hollywood:Librarian Jo Ellen Misakian and the students of Lone Star School wrote to Francis Ford Coppola asking him to turn"The Outsiders"into a movie.He did.
Read letters to Misakian from producer Frank Roos during the film's development 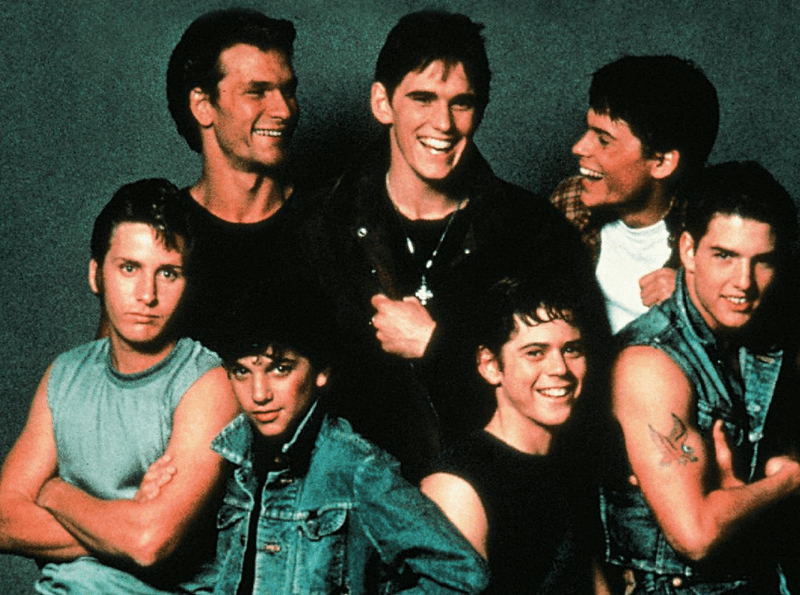 The cast of The Outsiders
(1983 Warner Bros. All Rights Reserved.) 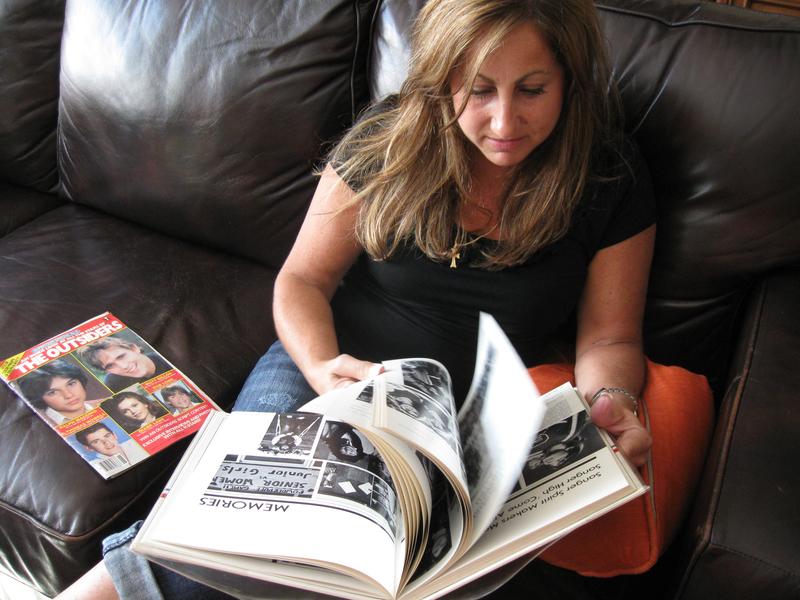 When she was a student in high school, Kristi Yeramian Bishop helped her school librarian, Jo Ellen Misakian, start a petition asking Francis Ford Coppola to make "The Outsiders" into a movie
(Sasha Aslanian) 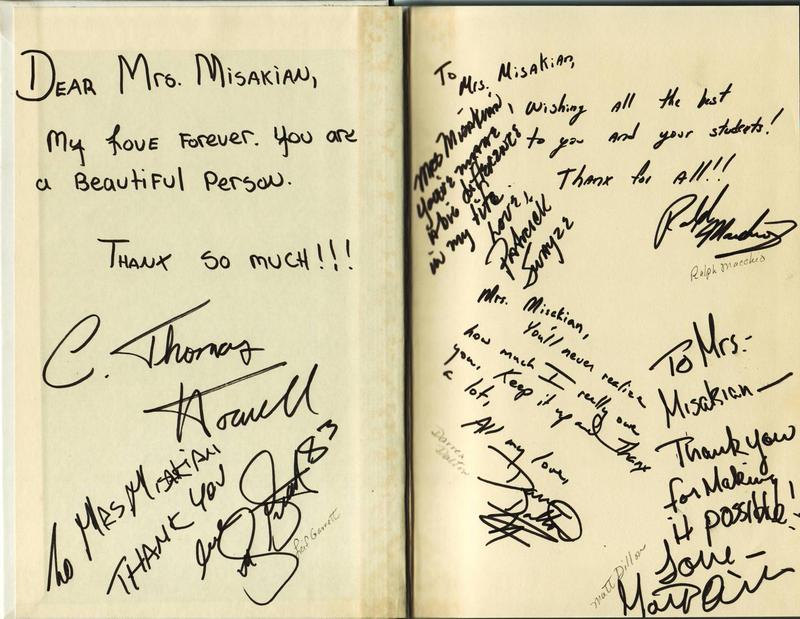 Misakian's own copy of "The Outsiders," with autographs from the cast of the movie
(Courtesy of Jo Ellen Misakian) 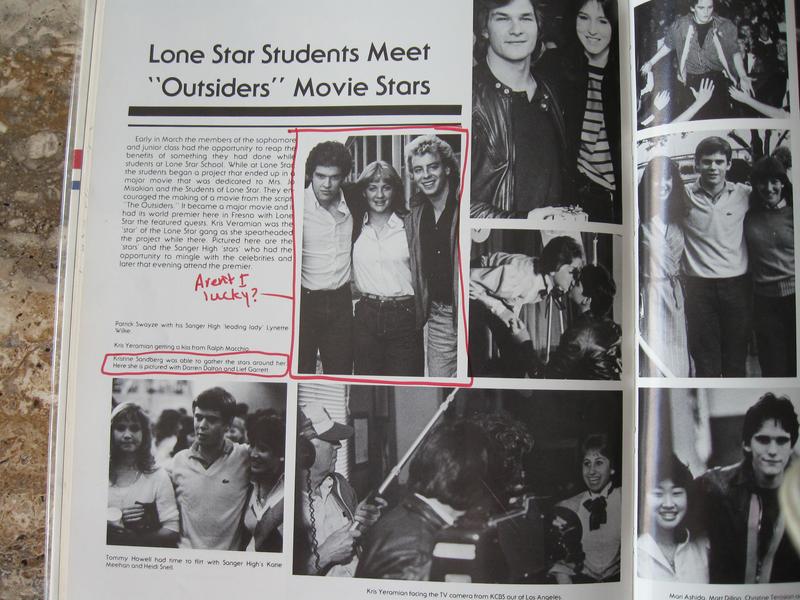 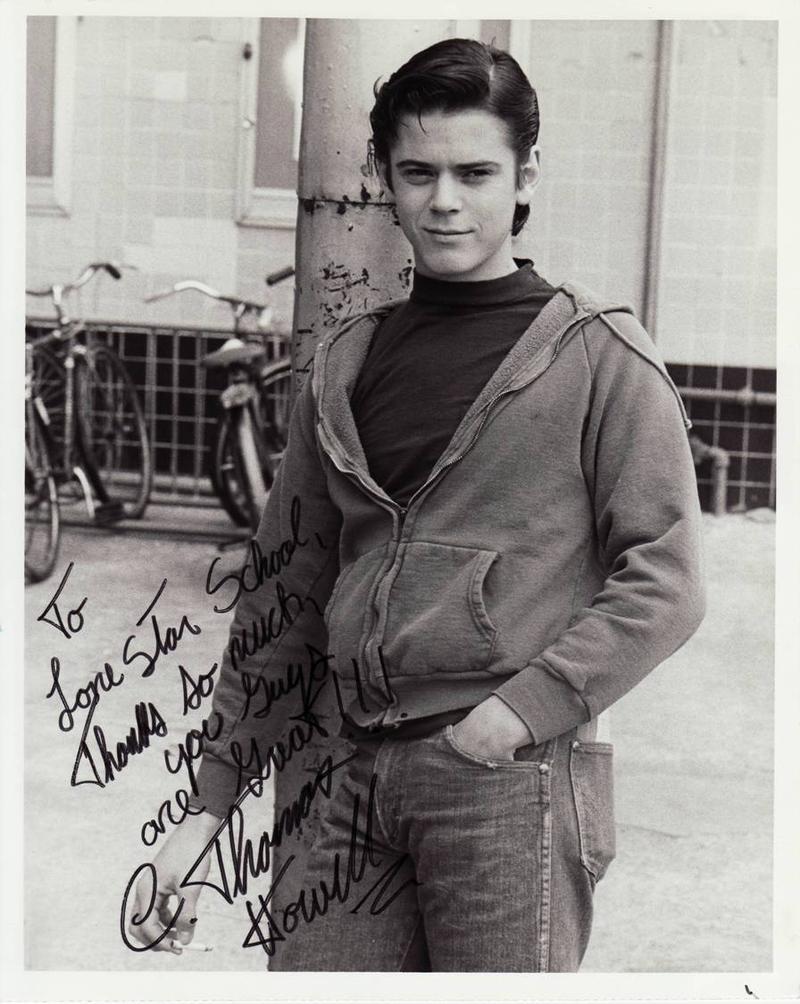