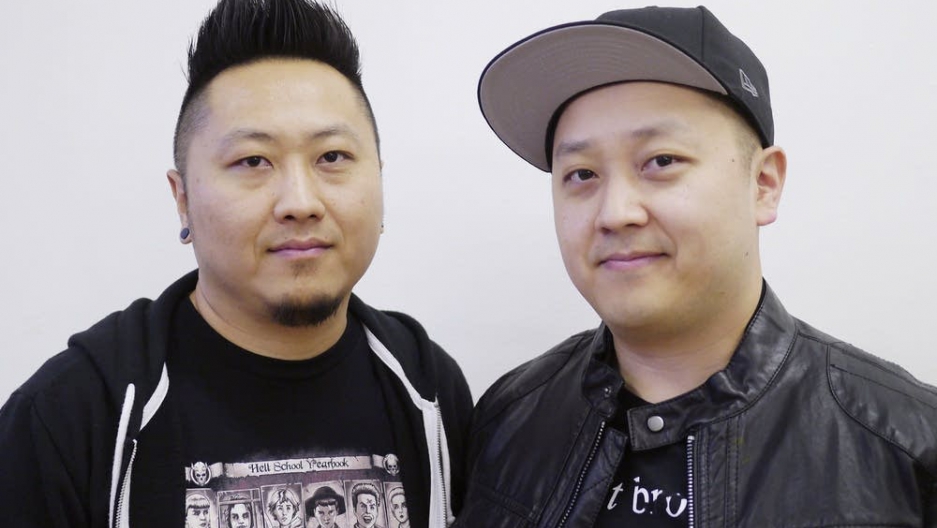 Filmmakers Abel Vang, left, and Burlee Vang's latest horror film is "Bedeviled," which is being handled by Voltage Pictures. The Vang brothers say they want to mirror the Coen Brothers.

Abel and Burlee Vang have just sold the foreign rights to their first commercial feature film to Voltage Pictures, the company that produced "The Hurt Locker" and "Dallas Buyers Club."

The brothers, whose parents are refugees from Laos, are likely the first Hmong filmmakers to achieve such success in the United States.

Only five years ago, the Vangs won a prestigious Nicholl Fellowship for their screenplay "The Tiger's Child." That led to the production of a short called "Sentient," a film about a super-soldier cyborg.

Their new piece is a horror film, "Bedeviled."

"These five teenagers, they download this app — it's like Siri — and they use it to help them with their daily activities," Abel Vang explained. "But then it becomes menacing. It's supernatural. And it takes their worst fears and turns it against them, until they die. Basically, it's reinventing the bogeyman for today's generation."

The brothers said their race made breaking into the industry a challenge — that they always felt like they had to prove themselves at every turn. They even faced racist remarks in the course of making the movie.

They give credit to the Hmong community for financing their project and allowing them to create something that Hollywood might have never gone for.

Voltage was effusive in its praise for their new acquisition.

“After seeing limited footage we jumped on the opportunity to introduce the Vang Bros’ work to the international film community. 'Bedeviled' is in the vein of 'The Ring' and 'Keep Watching,' which we just sold to Screen Gems,” Voltage President Jonathan Deckter said in a statement.