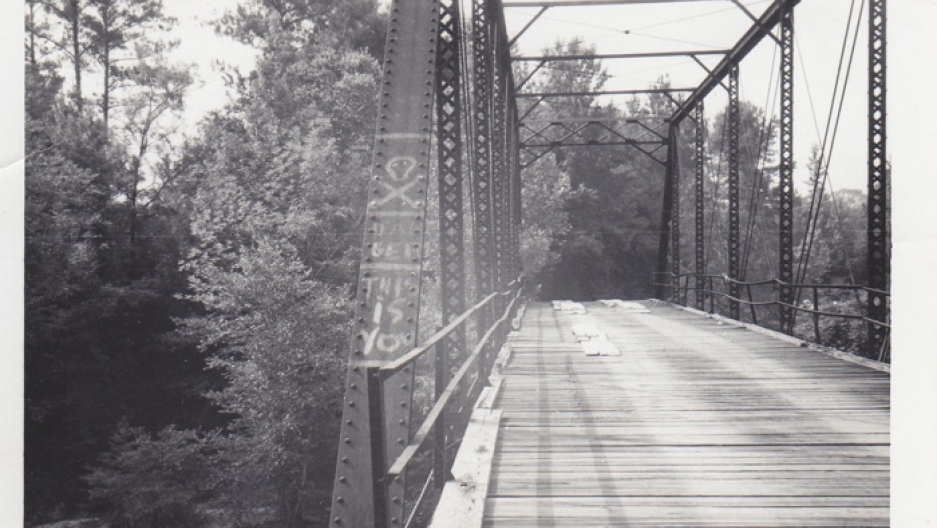 America’s dark and painful history lingers on the banks of the Chickasawhay River in Shubuta, Mississippi. But if you visited this small rural community, you would never know it — there is no plaque to commemorate the violent struggles that took place here, and it’s unlikely that anyone in this town of 430 will give you a tour.

The tragic history of Shubuta and the Chickasawhay is something that poet Langston Hughes wrote about years ago:

The bars that Hughes refers to are likely from the rickety old iron bridge that hovers high above the Chickasawhay. White vigilantes used to hang black people from the unnamed bridge and dumped their bodies into the river.

There are six documented lynchings that took place here — two young men and two young pregnant women were hung from the bridge in 1918, and two young boys were strung up in 1942. No one was ever prosecuted for these violent crimes.

The bridge, which is now on private property, sits behind a padlocked fence and has grown over with trees. It’s become a symbolic memorial to denial, brutality, and the idea that murders like this can fade away like a rusty old bridge. It’s a story that author Jason Ward has captured in his new book, "Hanging Bridge: Racial Violence and America's Civil Rights Century.” 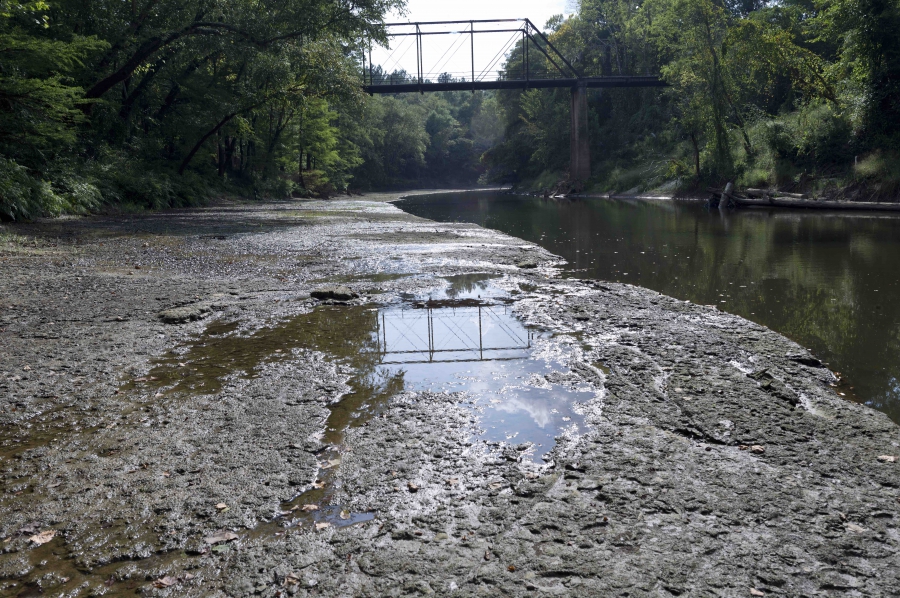 The Hanging Bridge is on private property now.

Ward first learned about the bridge while he was a graduate student at Yale University — he wanted to know the history of this site, and how it connected to a larger narrative about war, conflict, civil rights, and race in the 20th century.

“One of the big challenges was 1918, because this was an event that was deliberately obscured and explained away by a media that was local, and that was interested in protecting the racial status quo and taking the white authorities’ word for what had happened,” he says.

According to Ward, the quadruple lynchings that took place in December 1918 would have been forever lost to history if it wasn’t for Walter White, a civil rights activist with the NAACP. White, who was a fair-skinned African-American man who was able to “pass” as white, investigated lynchings throughout the southern United States, including those that took place on the Chickasawhay River.

“This was the third time that he infiltrated a southern community and investigated a lynching [while] posing as a white man,” Ward says. “He was able to give us those events, and because people thought he was white, he became very adept at working both sides of the track; both sides of town.”

Walter White worked closely with a white private detective from Birmingham that the NAACP hired to investigate the 1918 lynchings.

“[The detective] started asking around at their request about the murdered white man whose death sparked the arrest of these four employees of his, and their eventual lynching,” says Ward.

The violence carried out in Shubuta became an important and symbolic moment for the NAACP — it came just weeks after Armistice Day, and as the U.S. looked to heal from the grave losses of World War I, the killings showed that in places like Shubuta, black Americans were still fighting for their lives.

The NAACP used this tragic event in their report “Thirty Years of Lynching, 1889–1918.” Though President Woodrow Wilson gave a speech denouncing lynchings in July 1918, Congress failed to pass an anti-lynching bill that year, and the NAACP hoped their report would send a message.

“The framing of the report was very important,” Ward says. “It’s framed as an indictment of American hypocrisy and white supremacy, that this is what democracy looks like on the ground in Mississippi. He was responding directly to the president — the first southern born president since the Civil War — and the ways in which they were glossing over and ignoring racial abuse.”

When digging further and looking at the 1942 lynchings, Ward notices a common thread: economics.

“There’s real economic anxiety in the World War I era, in the World War II era, and certainly in the 1960s,” he says. “It has to do with white perceptions that suddenly African Americans have new economic opportunities, they’re more mobile, they’re more connected because of the growth of the NAACP, and the growing reach of the black press. There’s this real sense that in times where there appears to be economic opportunity, that’s always connected to political opportunity, and it’s always connected to this real fear that society can flip on its head rather quickly, and that’s a lesson that [goes] all the way back to the Reconstruction era that followed the Civil War.”

When looking at the 1918 murders, Ward says that when the pregnant women were killed, some thought that they could see the fetuses moving inside them as they hung from the bridge over the Chickasawhay River — an image that still haunts the community almost a century later.

“It’s actually a story that a local African American woman tells a ‘War on Poverty’ organizer who comes to the community and tries to set up Head Start programs for black preschoolers,” he says.

Ward says that white residents in the community viewed Head Start — a federal school readiness program for low income families — as a way for blacks to circumvent their control around education and school funding, which frightened some people.

“[A black woman] literally tell this story of, ‘A long time ago these folks were lynched. They lynched pregnant women and you could see these babies wriggling in their bellies,’” says Ward. “She tells that story to a white, civil rights sympathizing, anti-poverty organizer who’s asking why more people didn’t show up to the planning meeting. That’s powerful — that’s significant.”