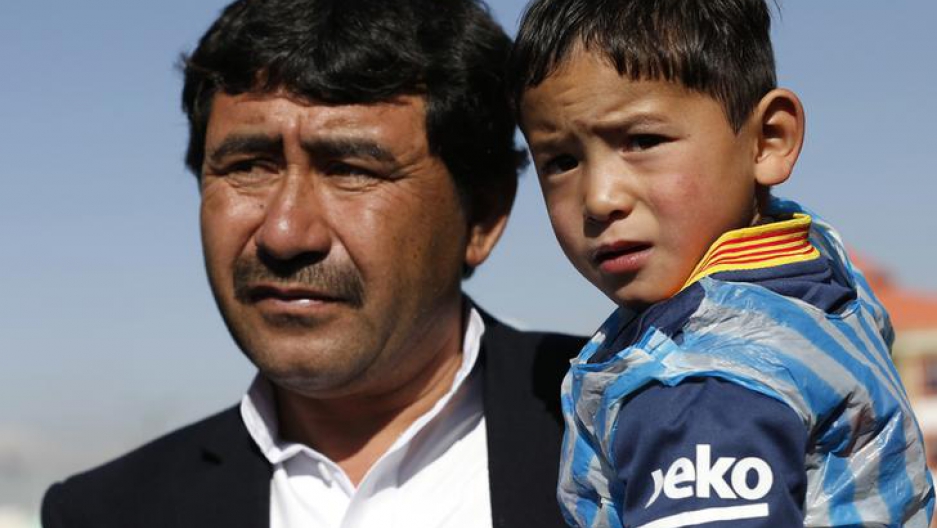 Five year-old Murtaza Ahmadi wears a shirt of Barcelona's star Lionel Messi as his father talks to the media at the Afghan Football Federation headquarters in Kabul, Afghanistan February 2, 2016.

He's the little guy from Afghanistan who's a massive fan of Argentine soccer star Lionel Messi.

So massive, his family fashioned a Messi jersey for him out of a blue-and-white striped plastic bag. His older brother Homayoun, 15, made him the plastic "shirt" with Messi's named scrawled on it.

After a photo of Murtaza in his bag-jersey went viral — Messi himself reached out to Murtaza via UNICEF and sent him two real jerseys and a ball, all autographed.

But the latest twist in Murtaza's young life in not a happy one:

“Unfortunately this newfound fame that Murtaza has gotten from being an internet sensation, from being sent those signed jerseys and the ball by Messi himself, has also brought about some unfortunate development,” says the BBC’s Shaimaa Khalil in Islamabad. “His father has said that he’s received threats.”

Murtaza’s father Mohammad Arif Ahmadi, who is a farmer in the rural Ghazni province southwest of Kabul, the capital, described the nearly constant phone calls threatening kidnapping, and a menacing Taliban letter.

“A few days ago I got a call from a local gangster. He thought that since my son had received a jersey from Messi that maybe he has also got some money from him, so he wanted his share," Ahmadi says. "It was a very risky situation for Murtaza, so we left.”

Khalil says the family, seven members in all, got scared, and is now in Pakistan. 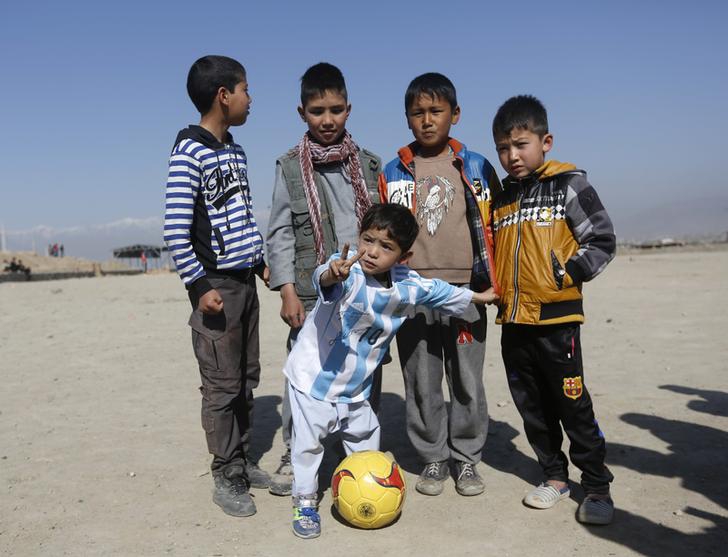 But Murtaza's family's fate in Pakistan is uncertain at best, says Khalil.

“Murtaza still is a little celebrity here. The local TV crews have been surrounding him, asking him to kick a ball around, photographing him, but this star treatment has done little really to change the dire circumstances of his family,” Khalil says. “They’re all crammed in one room, they don’t know what they’re going to do about money, about how they’re going to live here, and the father says, 'Look, I really don’t know if my son has any future in this country.'”

In the meantime, "Messi’s biggest fan" is handling the situation “as well as any 5-year-old could. In a way it feels like he’s quite oblivious to all of this,” as he still seems to enjoy showing off his prized FC Barcelona jerseys and autographed ball at every chance he gets.

“It’s quite cute," says Khalil, "but I think he’s unfortunately unaware of the background that’s happening, and the fact they had to flee his country because he is under threat of kidnap.”

In his new home, Quetta, Pakistan, a determined Murtaza faced a TV camera and said, "Messi, you know how much I like you. Now I want you to invite me so I can come and see you.”