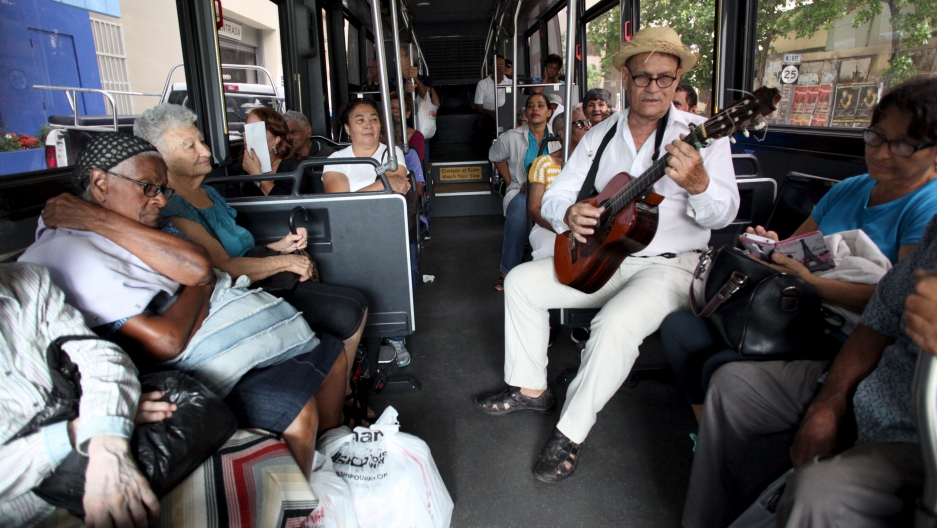 The governor said that San Juan can't pay creditors when it needs to fund public sector salaries, health and education budgets, which, if neglected, could unleash a "humanitarian crisis."

Puerto Rico has been locked in recession for a decade, and already defaulted on some debt payments at the beginning of the year.

Despite sweeping spending cuts and some policy reforms, it has not been able to stop the deterioration of its budget deficit.

Garcia Padilla says he does not want a bailout but simply legal ability to restructure existing debt.

But in order to do so, the US territory in the Caribbean needs the Congress in Washington to act, and it will not for partisan political reasons, the governor said.

"This was a painful decision. We would have preferred to have had a legal framework to restructure our debts in an orderly manner," he said in a somber televised address.

"I have had to make a choice, and I made a choice," he added.

"I have decided that your basic needs are more important than anything else," he told the territory's 3.5 million residents.

The $422 million in bond obligations is owed by the Government Development Bank (BGF).

Prior defaults by the island were smaller in nature; this one includes debt held by Wall Street bondholders and hedge funds.

With a debt of about $70 billion, the island is basically bankrupt; the BGF only has $562 million in assets.

"We have asked the US Congress time and time again to give us the tools to restructure our debts," the governor said. "We do not want a bailout, nor has one been offered. We want a process to restructure, which won't cost US taxpayers anything."

Residents of this former Spanish colony won by the US in 1898 eventually were given a type of US local government with a legislature and governor.

Island natives have American citizenship but cannot vote in US presidential elections if they are Puerto Rico residents.

Puerto Rico's relationship with the US federal government is largely handled by the US Interior Department.

"That would be reestablishing colonial rule over Puerto Rico, and would be reopening a Pandora's box with extremely dangerous consequences," he warned.