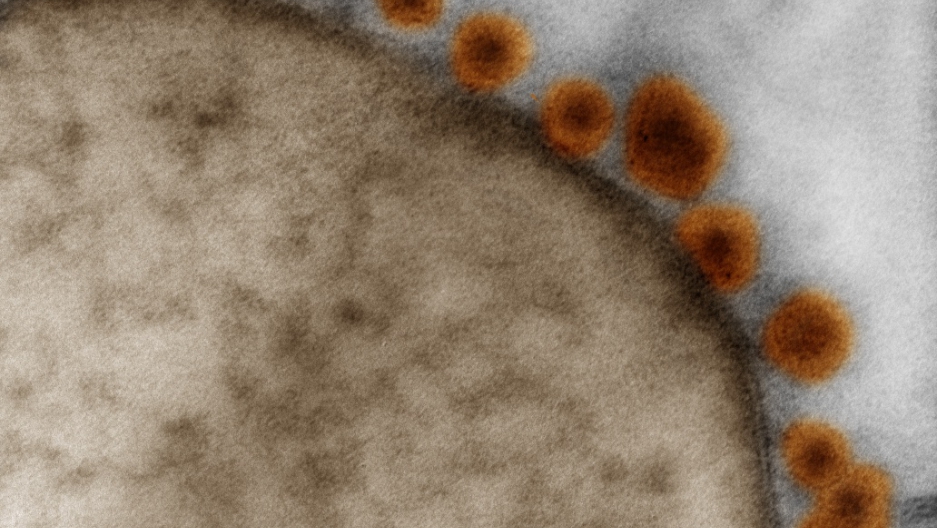 In April, the CDC announced that there’s finally enough evidence to draw a definitive connection between Zika virus and microcephaly, the condition where infants are born with unusually small heads and brain damage. But many questions remain, such as how the virus passes from mother to child.

“Overall we know very little about how all viruses, even those associated with congenital disease, pass from mother to fetus,” says Carolyn Coyne, an associate professor of microbiology and molecular genetics at the University of Pittsburgh. “The thinking is that actually very few viruses are actually capable of doing that, and so there is something quite unique, I would say, about Zika that somehow has afforded it the ability to do that.”

Zika has been around for a long time, but only recently have scientists and health professionals begun sounding the alarm about birth defects associated with the virus. Coyne says no one is 100-percent sure why the virus suddenly seems to be having this effect.

All the unknowns about Zika make it difficult for medical professionals like Coyne to give concrete advice to the public.

“I'm asked routinely as someone who at least studies, you know, the more reproductive angle of the vertical transmission, ‘Should I have a baby? When should I have a baby?’” Coyne says, “I think fairly soon we should begin to see whether there actually is a congenital Zika disorder associated with infection in American women.” But it's still too soon to say for sure.

Still, Coyne warns there are far-reaching public health issues the spread of Zika virus should cause people to think about, including reproductive and other issues for women and families.

“That's one of the issues that I think has been largely overlooked when thinking about the fact that we now ... very soon will certainly have the mosquito vector that could certainly transmit Zika to Americans in the southern United States,” Coyne says. “I think those kinds of questions we have to start having an open dialogue about that. You know, if women in early pregnancy in the United States are confirmed to have a Zika infection ... it may actually be very difficult to diagnose any congenital disease in those developing fetuses for several months in pregnancy. And if those women then make the decision to opt for an elective abortion, how will they do that? Will they be able to do that? Where can they go? And i think that that's a very very important question.”