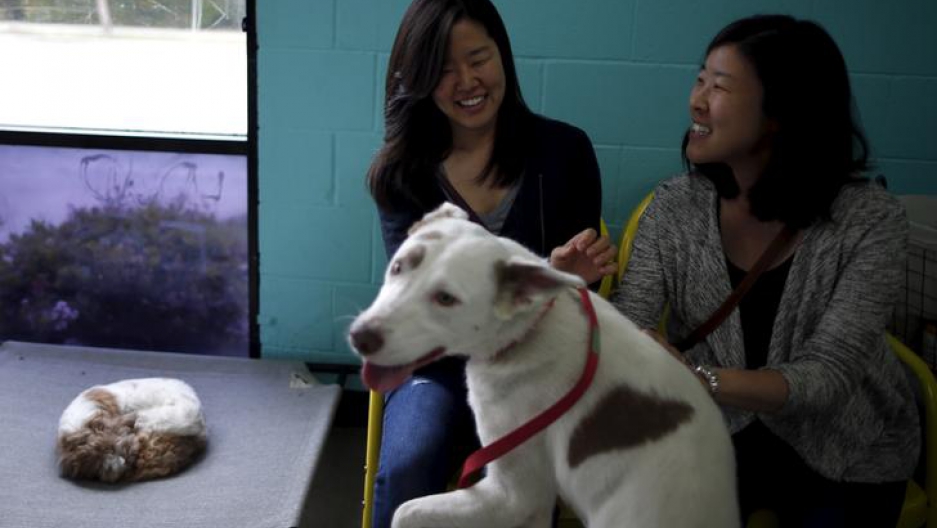 Women pet a dog on the opening day of the Dog Cafe, a coffee shop where people can adopt shelter dogs in Los Angeles, California, United States, April 7, 2016.
Credit:

Paw-ternity. You won’t find the word in the dictionary, but it’s a new pet-friendly idea that may be catching on in the UK.

A handful of companies there now offer their employees paid time off, or paw-ternity leave, to take care of their four-legged dependents. The benefit period can be as short as a few hours to a couple of months, depending on the pet’s needs and the company offering leave.

Some of the public's reaction to the new policy has been skeptical, and one dog owner even wrote, "Are you f---ing kidding me?" But not Greg Buchanan. He's something of a paw-ternity activist.

“You know, we are quite sympathetic to pets in the UK, we’re a pet-loving country,” says Buchanan.

In addition to having statutory maternity and paternity leave, Buchanan estimates that because 60 percent of people in the UK own some kind of pet, many Brits are warming to the idea of paw-ternity.

As you might expect, Buchanan has two dogs of his own. “We have Raphael, who’s named after a Ninja turtle, he’s a Chinese hairless crested, and we also have Margo, a standard poodle.”

Awhile back, he says he learned the importance of taking pet time out.

“We got a puppy from a rescue home and we realized it needed to be looked after properly, so I took a week off to ensure it was welcomed into the home, and to set boundaries for the dogs. You know, 'You can’t chew the couch' and 'You can’t jump on the television,' things like that. And it went from there, and my dog is now better for it,” says Buchanan. 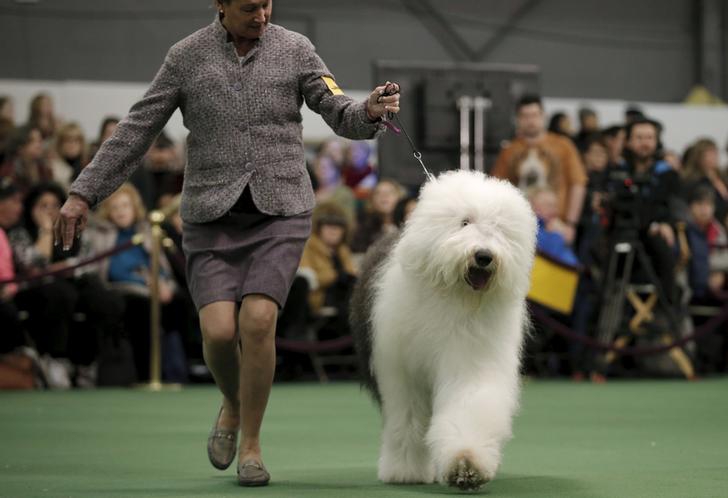 A handler runs an Old English sheepdog in the ring during judging at the 2016 Westminster Kennel Club Dog Show in the Manhattan borough of New York City, February 15, 2016.
Credit:

That experience inspired Buchanan to offer paw-ternity leave at his own company. He runs a small tech support company called BitSol Solutions in Manchester, England. He allows up to one week's paid leave. One engineer took four days of paw-ternity.

"He adopted a dog from a relative who had suddenly passed away," Buchanan says. "Obviously dogs suffer quite a bit with separation anxiety and putting it into a new environment definitely affects it, so that dog needed to be integrated into a new home.”

“Obviously we take it on a case-by-case decision," he continues. "If somebody’s asking for time off for a goldfish, no, no — then it’s not quite what we set out for.”

As the owner of a tech company, Buchanon says paw-ternity is actually good for the bottom line.

"If you do give time off for paw-ternity leave, you are limiting the number of people available to you, however, I believe the morale of staff definitely improves and they actually want to work harder for you.”

Luckily, he says, no one’s asked for time off for their goldfish. Not yet anyway.

And we can't even get maternity leave! Love this idea: UK workers given "pawternity leave" to look after new pets https://t.co/o5uK1srHOT