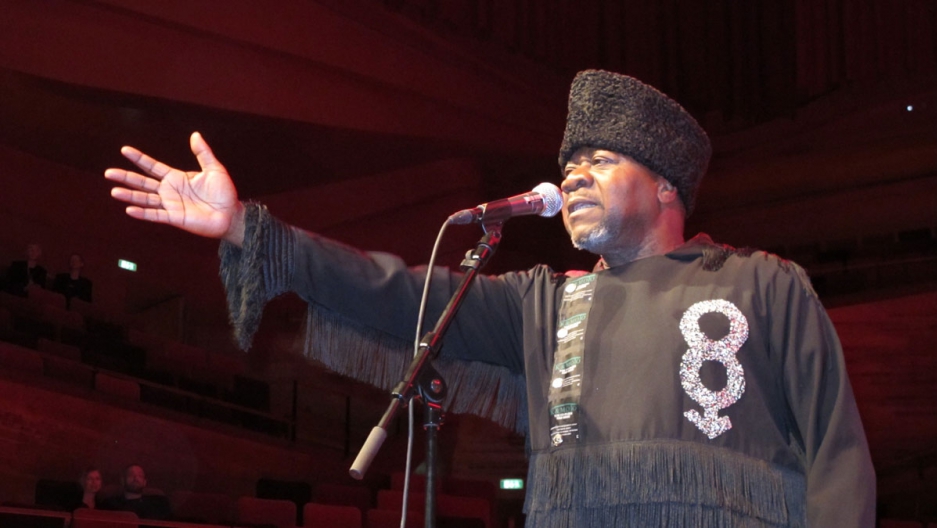 Papa Wemba on stage in Copenhagen, 2010.

Papa Wemba was known as the king of Congolese rumba.

But he won't perform any more songs. Wemba died Sunday after he collapsed onstage in Ivory Coast. He was 66.

Congolese rumba is a style of music that is slinky and sexy. Along with Congo's soukous style, Congolese rumba dominates the music scene there. I own some of Papa Wemba's albums. I've seen him a couple of times in concert. His shows were exciting, and he always brought the ambience of his hometown, Kinshasa.

But impressions of the singer took a drastic turn in 2003 when he was arrested in Belgium, accused of trafficking in visas. That was the charge. The act itself involved taking $3,500 from Congolese individuals, many of them middle-class youth whose parents wanted them out of the country during Congo's savage war in the 1990s in 2000s. Those who paid would get a seat on Papa Wemba's plane when he went to Europe on tour. Many had no intention of returning to Congo.

French officials grew suspicious in 2003 when 200 people arrived in France all claiming to be musicians in Papa Wemba's band. Papa Wemba was arrested, and in 2004 given a suspended sentence of three months of in jail. That verdict prompted his Congolese fans outside the court in Paris to shout and dance with joy before carrying their hero away on their shoulders.

Did that episode make Papa Wemba a human smuggler? 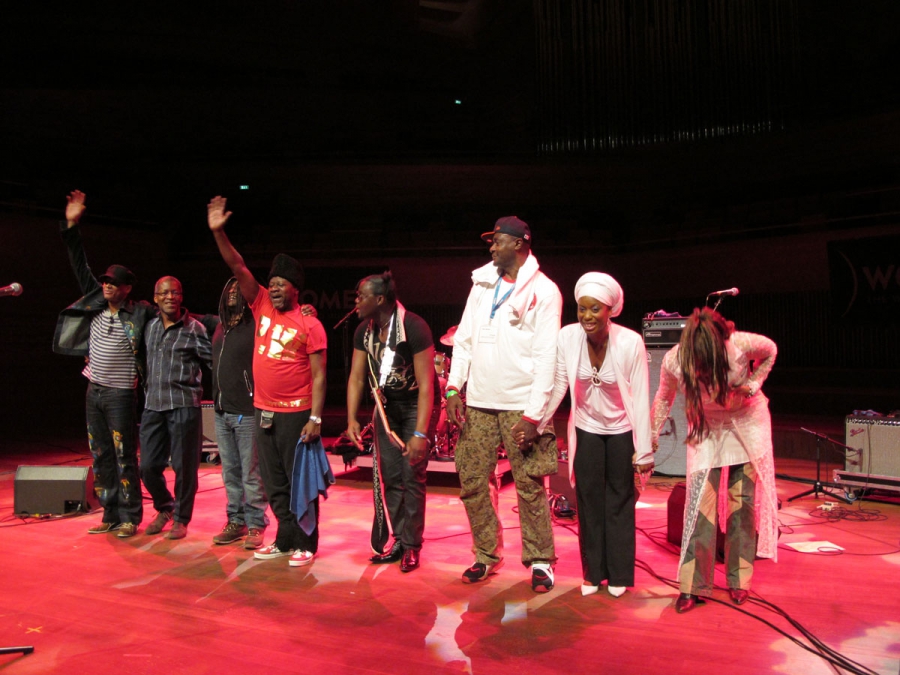 Papa Wemba with his band in Copenhagen, 2010.

This is what he told me in 2010:  "I didn't do it to fill my pockets. You know in Africa, African youth believe in the West the honey still flows freely. And their parents encourage their kids to go study in Europe. And then return to Congo to serve their country. But since it's hard to get a visa, there are always small ways to get one."

That felt like a weak defense, especially when you think about all the people today fleeing any number of conflicts around the globe, and the horror stories we hear of human smugglers who have little regard for their charges' fates.

So I got in touch with a Congolese man I know who knew Papa Wemba closely. Lubangi Muniania is an arts educator, and runs the Tabilulu consultancy.

"If the sole purpose of doing that was making money, then I would say Papa Wemba did wrong. But the purpose people were leaving the country was war. Remember they called it the 'African World War.'"

Muniania says Papa Wemba was not a smuggler, but was helping people trying to escape rape and death in the Congo. "How did people get out of Nazi Germany back then?" he asks. Muniania compared what Papa Wemba did to the help provided the children of Jewish families fleeing the Nazis, such as the so-called Kindertransport.

And the $3,500 per person Papa Wemba received in exchange for the scheme? Muniania believes it was simply the cost of paying people at the French and Belgium embassies to get the visas for his "musicians."

Otherwise, Muniania believes what Papa Wemba did was justified. "In Congo, if you think of the six million people that died, and women who were raped, countless numbers of abuses — the Congolese passport could not help you get out across the border and then go to a neighborhing country. So something had to be put into place so people could get out of the country."

Muniania explains that the world was ignoring the violence in Congo. "There was no institution, NGO that was helping the Congolese leave the country," he says. To Muniania and thousands of his fans, Papa Wemba was a hero, not a smuggler. "He did what thought was best for his people, he did what he had to do."

An earlier version of this story incorrectly stated the day of Papa Wemba's death.