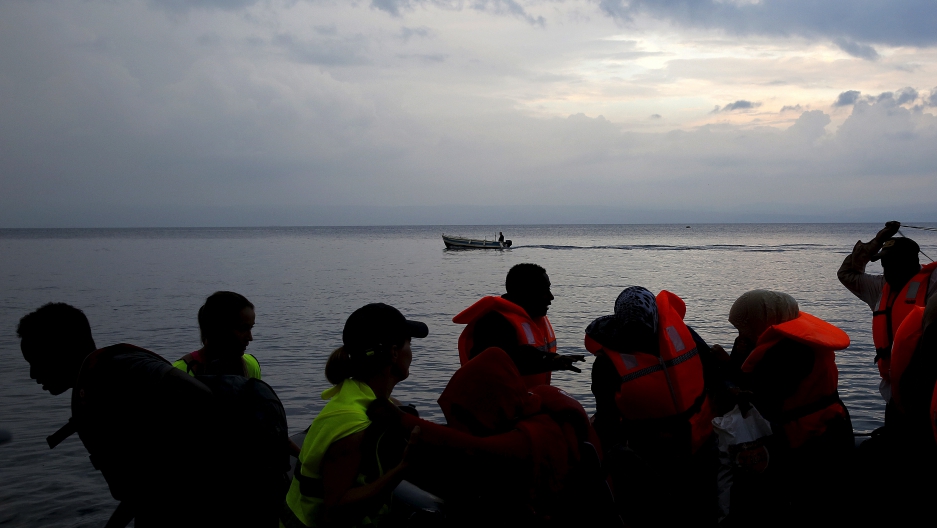 Somali migrants arrive in a dinghy at a beach after crossing part of the Aegean Sea from Turkey to the Greek island of Lesbos September 23, 2015.

Hundreds of Somalis drowned in the Mediterranean Sea while trying to escape from Egypt to Europe earlier this month. They're not the first from the region, or even their country, to die making the perilous crossing.

A group of young Somali activists heard that a friend's brother was among the dead. They decided to launch a social media campaign, #DontBuyDeath, to raise awareness of the risks of trying to gain refuge in Europe.

"We were consoling the family and praying for the deceased," says Abdunir Mohamed Ahmed, an activist and journalist based in Mogadishu. "We wanted to raise the public awareness of youth, because most of the people emigrating to Europe nowadays are using social media and they are seeing beautiful pictures from Europe and America and that will tell them that is a better place to live and this is a better life."

Later, the group found out their friend's brother survived, but 400 Somalis, mostly young people, died in the incident. So they pressed on.

"They are buying death because they are paying at least $10,000 to get to Europe," he says. "That money could be invested in the country and could establish small businesses. And at the end of the day, some of them are going to die and be washed away by the Mediterranean Sea."

Ahmed understands why people would want to leave Somalia. Recent terrorists attacks by al-Shabab, one at a hotel in Mogadishu where 14 people were killed and another at a Somali beach resort where 20 people were killed, highlight how dangerous the country can still be.

So why does he stay in Somalia?

"I would prefer to die in my home country than to be washed away by the Mediterranean Sea," he says. "I believe I have to be part of the solution rather than part of the problem, and I have to take my journalistic skills and my pen to save my country and make it a better place where my children and my grandchildren can stay for their whole life."

And he and his friend are hoping their #DontBuyDeath social media campaign convinces others of that as well.