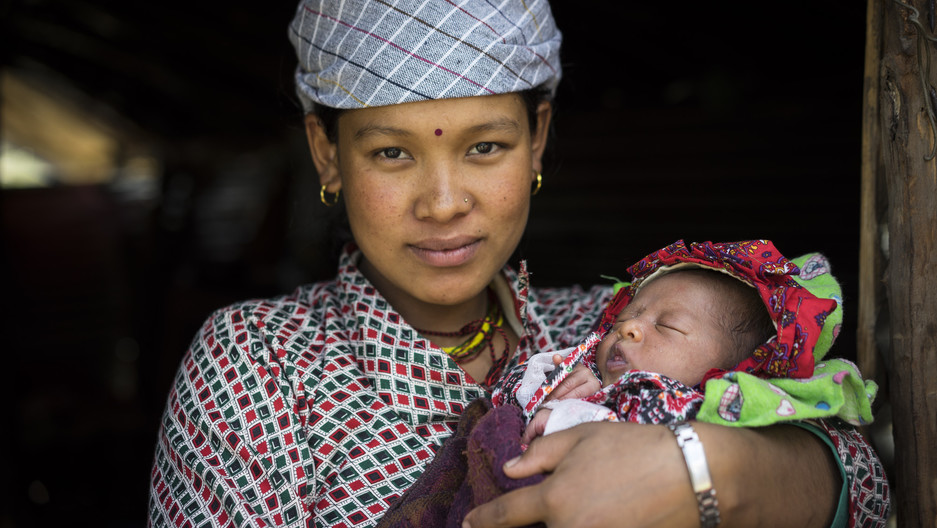 Minmaya is 21 years old and living in a temporary community in Dolhaka, Nepal. Her baby was just 12 days old when her house was destroyed after major earthquakes and a landslide a year ago.

April 25 marks one year since a massive 7.8-magnitude earthquake shook Nepal. In the immediate aftermath, I was sent to Nepal on behalf of the aid organization Plan International. As we look back on the year since this horrendous event, which killed almost 9,000 people, it has become apparent that the women of Nepal suffered disproportionately. But it's also become clear that women and girls are key to Nepal's recovery.

A few weeks after the earthquake, I was on a trip to the devastated mountainous Sindhupalchowk district. I had the opportunity to talk with dozens of women whose lives had been turned upside down by the temblor. As we spoke, it occurred to me that almost everyone I met was a woman. I remember asking one of my Nepali colleagues, “Where are all the men?”

The men, I learned, are overseas — working as construction laborers in Dubai, Saudi Arabia and Malaysia, providing a crucial infusion of income to a country crippled by poverty. More than 2.2 million Nepalese work overseas, says the World Bank, in a country of fewer than 30 million.

The departure of such a large proportion of men has had a major impact on those left behind. In many rural communities in Nepal, women are often solely responsible for raising their children, looking after their parents and their husbands' parents, and tending to the home, the farm and livestock.

This places an extraordinary burden on women.

In the wake of the earthquake, women had to find shelter, food and clean water for their families. They needed to find a way to rebuild their homes and find an income, all while ensuring that their children were safe and protected from the exploitation and trafficking that plagues the country.

In Sindhupalchowk, nearly 90 percent of the houses in the district collapsed. Hundreds of schools were destroyed. Entire villages were reduced to rubble.

After this terrible tragedy, women have increasingly become community leaders, helping to steer humanitarian aid and reconstruction projects to the areas where it is most needed.

In the seven months I spent in Nepal, I met countless women who told me: “I know what I need. I know what my challenges are, I just need people to listen and understand.”

These are women like 24-year-old Devaki. While her husband stays in Saudi Arabia, Devaki, who has a 1-year-old daughter, works as a community leader for Plan International’s cash-for-work program, overseeing a group of women and men who receive short-term employment to rebuild community infrastructure.

Since the earthquake, Devaki has also played a larger role in the community, helping to create a network of women who share the responsibilities of motherhood and earning incomes. Collectively, they decide who tends to farms and delivers produce to the local markets, and who stays at home to look after the children and elders.

In the midst of destruction and despair, these women have formed a crucial support and leadership network, relying on each other’s resources, skills, abilities, and determination.

Aid organizations have recognized this dynamic and are working to ensure that women are at the forefront of the recovery. Organizations like mine are investing in women-focused recovery programs, like supporting female-owned businesses and training women in masonry and carpentry skills, so they can contribute to the rebuilding efforts.

There is still an enormous amount of work to do in Nepal. Hundreds of thousands of people remain in temporary shelters, and thousands of schools remain in ruins.

But as the rubble clears and communities rebuild, one of the sources of hope is the lead role that women have taken across Nepal. Now, it is up to us to ensure that we provide the resources they need to make the recovery a success.