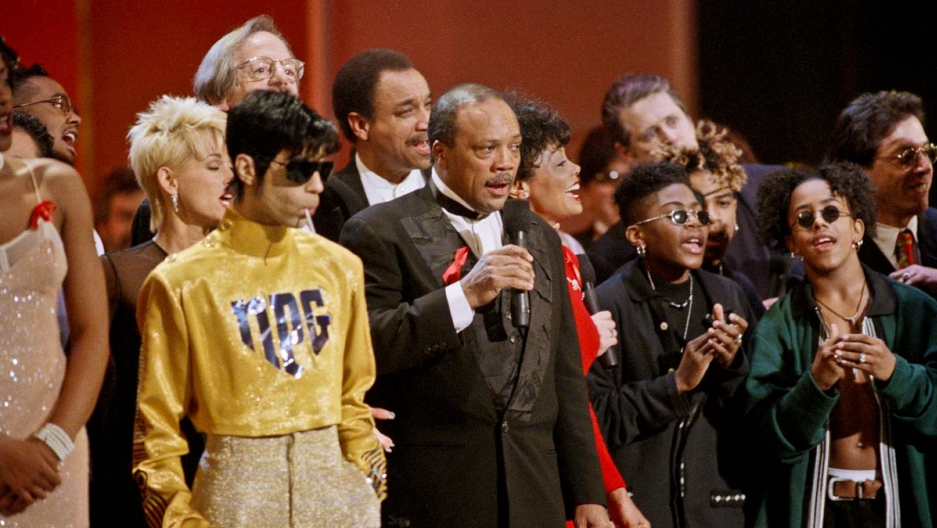 As dozens of singers perform "We Are The World" on the 10th anniversary of the African famine relief anthem, Prince, left, stands sucking on a lollipop next to Quincy Jones, at the American Music Awards in Los Angeles, Jan. 30, 1995.

I arrived in America on Thanksgiving Day 1981. It seemed to me then that music, like so many aspects of life in America, was racially demarcated: You had soul and R&B for African Americans, you had rock ’n’ roll and country western for white Americans.

So where does a refugee from Vietnam fit in?

In truth, I could not have arrived in America at a better time, musically speaking. MTV had just launched three months ago and Solid Gold a year prior. In a few years, by the time my English was proficient enough to understand what was going on, David Bowie and Prince had burst onto the music scene.

Coming out of then-closed Communist Vietnam, pop music for me was all about the '60s and early '70s Vietnamese ballads and snippets of disco — Boney M., ABBA, the Bee Gees — that I had heard while living in a Singapore refugee camp as a teenager. 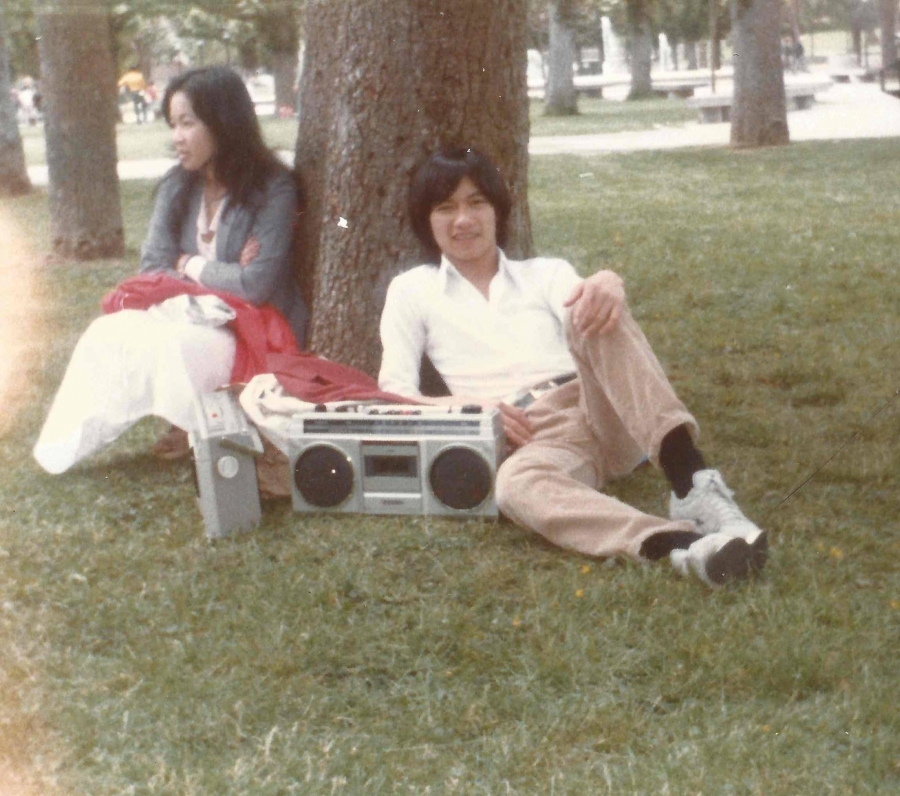 Sonny Lê and his ever-present boombox, a few months after he arrived in San Francisco. He was 17 years old.

But music of all kinds was blaring out of boom boxes from the many back alleys of San Francisco’s Tenderloin district, my first home in America and the roughest part of town at the time. I was also riveted by what was on TV: Solid Gold, Soul Train, American Bandstand and, of course, MTV. It was mostly soul and R&B, but I didn’t know that at the time. It was so refreshing — I wanted to dance! But I didn't look the part, I didn't know how to boogie.

But David Bowie and Prince had everything. They had rock 'n' roll, soul, R&B, funk — on top of that, they looked different. They were neither black nor white because they crossed so many boundaries. That was liberating for someone who was trying to find his way in this really confusing country.

Bowie’s “Let’s Dance” and “China Girl” and Prince’s “1999” and “Little Red Corvette” were climbing up the charts in 1983. I don't think I had ever seen a little red corvette — I didn't know what it looked like — but that song blew me away. The music was fresh and danceable. It was soul, R&B and rock ‘n’ roll all rolled into one. Both Bowie and Prince defied categorization as artists and individuals. No boxes could contain them.

I wanted to see these musicians live so about three years later, while I was in community college, I went to work for Bill Graham Presents, the famed San Francisco concert promoter and producer. I worked as a barback, and later as a bartender and a DJ, at nightclubs around town. Those jobs gave me access to other venues in the Bay Area. I saw David Bowie perform many times — the Glass Spider tour blew me away — and by the early 90's I got to see Prince perform a few times in San Francisco.

At that point I was soaking in everything Americana. Seeing Prince and Bowie — I loved every second of it. I could be me, finally.

I moved to Minneapolis for Prince

Tributes to 'Purple Rain' from around the world