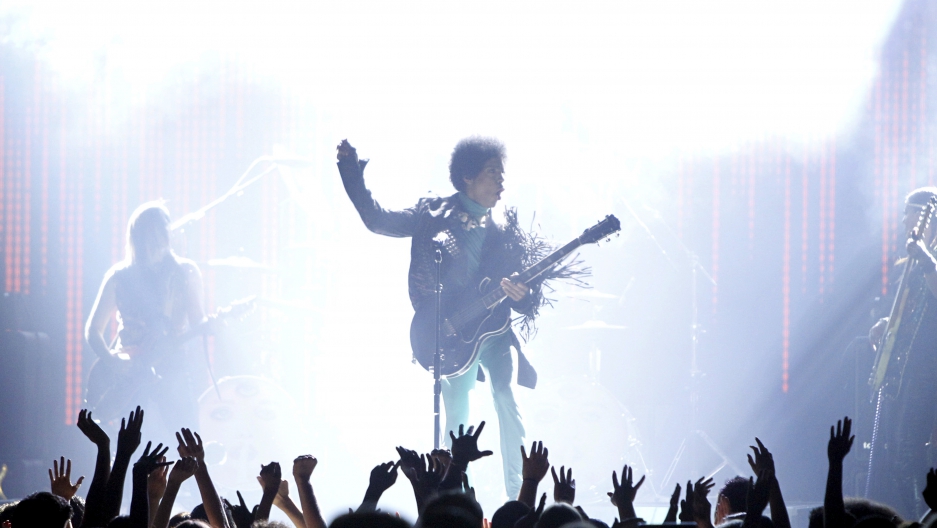 Prince performs during the Billboard Music Awards at the MGM Grand Garden Arena in Las Vegas, Nevada, U.S. May 19, 2013.

Prince was pretty fierce when it came to his online image. He and his team would go to great lengths to make sure what got on the web was what he wanted to be there.

Nancy Baym, a researcher at Microsoft Research, remembers how far Prince and his team went to control his online presence.

"He was issuing take-down notices for photographs that fans had posted of tattoos of his face that they had on their body,” she recalls, “so people were posting photos of their own tattoos, their own body with his image and he would send take-down notices.”

His fans were reminded of this after his sudden death on Thursday. Many wanted to mourn the pop icon by streaming his music for free. But they had a hard time finding it.

Prince doesn't have an official station with a comprehensive list of his songs on YouTube or Vevo. Last summer, he said no to all streaming services except Tidal.

Baym believes that Prince simply wanted to keep control of his image and music.

Yet, she adds, for all Prince's policing of his image and art, fans all over the globe continued to love him.

“Common wisdom would have you believe that if you [pull your music offline] you’re doomed," explains Baym. "But it didn’t seem to affect his popularity at all, which is a credit to the strength of his music and the power of his connection with the audience.”

Baym adds that what Prince did might have even contributed to his popularity.

"You could probably make a case that it helped make him even more mysterious and enigmatic in ways that had appeal," she says.

It's not clear yet how much Prince's team will be able to keep control of the pop star's online presence now that he has died.

But one thing is for sure: The fans who truly love him will find a way to hear his music.

A previous version of this story misspelled Nancy Baym's name.