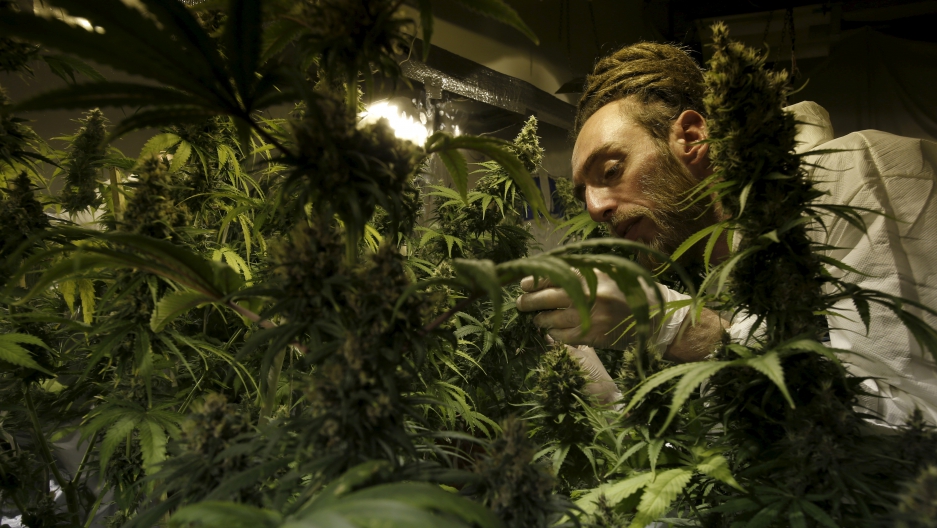 Mexico's President Enrique Peña Nieto has proposed a law that would legalize medical marijuana for limited use.

"This is a very limited opening to medical marijuana and the operative word is limited," says Alejandro Hope, a security expert and senior editor at El Post Daily based in Mexico City.

Under the proposed law, pharmaceutical products made with marijuana could be sold at pharmacies and dispensed to patients with a doctor's prescription. But there will be no dispensaries that sell pot for medical use like those in many states in the US.

Peña Nieto was against the legalization of marijuana for any reason, but Hope, who used to work for Mexican government intelligence, believes the president changed his mind because of national and international pressure.

"The growing legalization movement in the US and the success that movement has had in places like Washington, Colorado and so on has made Mexicans question what the wisdom is of fighting the war on marijuana when the US has thrown in the towel," he says.

In November, the Mexican Supreme Court ruled in favor of four residents who claimed they have a right to grow and use marijuana for personal use.

Peña Nieto's proposed law would also decriminalize possession of marijuana, allowing people to be caught with up to an ounce of pot without going to jail.

"No one believes that this will have any significant impact on the black market," Hope says. "Most of the weed that is produced in Mexico is for export."

Other Latin American countries, like Chile and Colombia, have legalized marijuana for medical use. And in Uruguay, pot is also legal for recreational use.